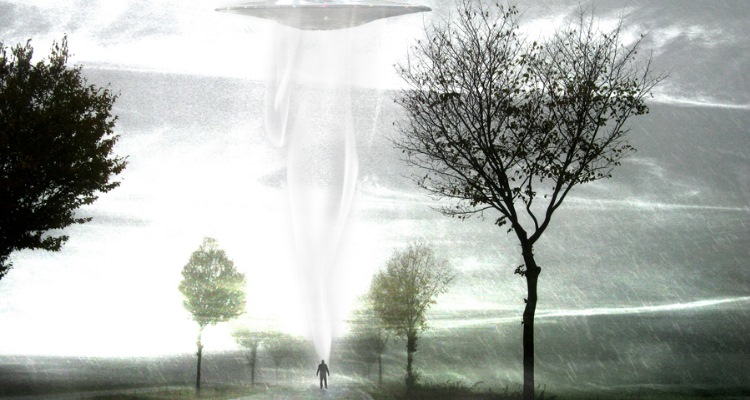 The Host is a hard one to find similar titles to, as it is almost in its own category. It’s sci-fi with the aliens but they’re not evil and there’s no real space travel. It’s futuristic but not chock-full of new technology or gadgets. It’s dystopian but the events aren’t caused by humanity. ~ Helen Maloney

All this means that it can be quite difficult if you want great books like The Host to read. We’ve done some of the hard work, however, and below you’ll find some recommended books to read if you like The Host.
`Burn for Me´ (Ilona Andrews) 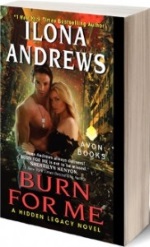 Set in an alternative world where a serum was discovered to unlock magic abilities within humans, altering life as we know it.

Now in the present, or the near future, we have our heroine who is hiding a huge secret and must tangle with those with more knowledge, experience and power than her, while doing everything she can to keep her family safe. Does she remind you of anyone?

As in The Host, Burn for Me raises questions about what it means to be human and how one can struggle to stick to the core of oneself and one’s ideals when they are being challenged by outside forces.

Here we have a tale of courage, discovering yourself and protecting your family (whether blood relatives or not) and standing up for what you believe in.

Tris and her friends have some hard and startling truths to deal with and they must watch as their world is transformed.

Against a foe that uses cold logic, thinks little of ending thousands of lives and aims for perfection, Tris faces the hardest battle of her life, and realizes the enemy isn’t always on the outside… 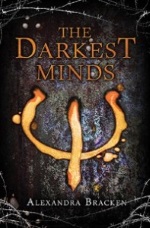 An illness has wiped out many of the world’s children who were on the cusp of adolescence. Those who have survived are irrevocably altered: they now have psychic abilities.
Rounded up into ‘camps’ and divided into categories by how dangerous your abilities are, it becomes nothing less than a battle for survival and to discover what your new life could hold.

You might be wondering how this is similar to The Host, as it sounds more like The Hunger Games or The Wind Singer but, simply, Ruby reminds me a little of Wanderer. She’s been through so much and she finds herself not knowing who to trust. She finds love while battling for her life.

The Darkest Minds is more action-packed and darker. 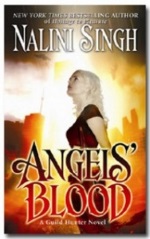 In Singh’s world, humans are sharing the world with angels, archangels and vampires. These beings are more powerful, practically physically perfect and far more powerful. This reminds me of how humans find themselves being compared to invading aliens in The Host – they seem perfect compared to us: there’s no crime, no intolerance, no hatred, etc.

However, in The Guild Hunter series, our heroine discovers that the angels and archangels aren’t all they seem and they in fact live in a very dangerous, violent and sometimes depressing world. Many angels and archangels, however, look down on humanity, and see humans as nothing but pets or pests. This also reminds me of how a few of the aliens few humans, while others can see the positive aspects of humanity.

Are you a fan of The Host? Have you read any of the suggested titles or do you have some more books to read if you like The Host recommendations?

Please comment and let us know what you thought of our titles and which great books like The Host we should read next.