The Lord of the Rings
(J. R. R Tolkien, 1954) is a firm family favourite and has been for decades. The release of the cinematic epics by Peter Jackson has spread its popularity like wildfire. ~ Helen Maloney
Do a Google search of ‘great books like Lord of the Rings’ and you’ll get a long list of offerings: those by Robin Hobb, Raymond E. Feist, Terry Brooks, Narnia, The Earthsea Quartet, His Dark Materials, Harry Potter, A Game of Thrones…to name just a few. 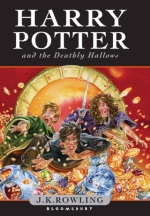 Finally, we can’t talk about good books like Lord of the Rings without mentioning this one… It’s widely understood that J. K. Rowling was influenced heavily by The Lord of the Rings, as can be seen throughout the Harry Potter novels.

Where do we start?
The Dementors = the Ringwraiths
Voldemort = Sauron
Dumbledore = Gandalf
the Horcruxes = the Ring
Aragog = Shelob

While there are many resemblances to Lord of the Rings, it doesn’t diminish the worth of the Harry Potter series – they are not just straight copies after all. Beginning with Harry Potter and the Philosopher’s Stone (1997), each one is worth a read.

Harry Potter, like The Lord of the Rings, is a must for everyone’s bookshelves and should be read at least once in a person’s life. 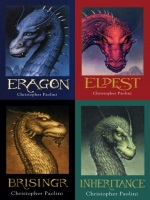 Rather than an all-powerful ring, a dragon egg is the game-changer in this series, turning a somewhat-ordinary young man into the only one who can stand against evil King Galbatorix, giving hope to civilians everywhere.

This series contains many creatures, some similar to those found in Lord of the Rings – like Elves and Dwarves – and others who are bit different – like the Ra’zac, an insectoid-type creature, and the Urgals, who make me think of Uruk’hai with trolls for some reason… but that’s probably just me…

There’s also the part where there are two parallel stories running alongside each other, like Sam and Frodo vs. the rest of the Fellowship.

Other good books similar to Lord of the Rings are The Elenium by David Eddings. This series includes The Diamond Throne (1989), The Ruby Knight (1991) and The Sapphire Rose (1992).

Unlike Eragon, this series starts differently to The Lord of the Rings: in The Diamond Throne, Sparhawk discovers the Queen, a former pupil of his, has been poisoned and encased in diamond to preserve her life.

He has one year to find a cure or she dies.

He sets off with fellow knights and a few other individuals on his quest – a total of nine (Fellowship anyone?) – and along the way they uncover who is behind the poisoning, discover a magical artefact, in the form of a sapphire rose, is the only thing powerful enough to cure the poison, which unfortunately has gone missing.

Rather than a host of races and mythical creatures, David Edding’s worlds are populated with gods and goddesses – some mischievous, some honourable and some evil – and it is these forces which will ultimately decide whether Sparhawk will succeed. 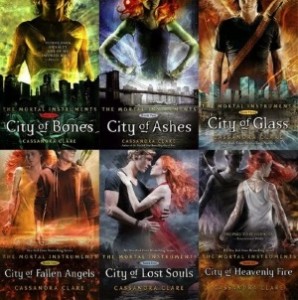 So, it turns out a race of half-angels are living among us, called the Shadowhunters, who must protect everyone from demons. There are also werewolves, vampires, warlocks, faeries living in our midst.

Clary Fray enters a club one night and her world changes forever.

What follows is the story of Clary’s entry into this secret world, her discovery that she is one of these Shadowhunters and that her parents are not who she thought. It turns out her father is evil, hunting the Mortal Instruments and generally up to no good. Clary and her new friends must stop him, must make sure the Mortal Instruments are not used for evil purposes.

If you’re in the mood for a movie, check out these films like ‘The Mortal Instruments: City of Bones’.

These recommendations and ideas are just my personal opinions.

I would love to hear your thoughts on the series I’ve mentioned: did you enjoy them, what did you enjoy, do you agree with the similarity ratings I gave? Even better, if you have your own books or series to recommend to others, please share them with us.

So please drop us a line and let us know!