Like him or not, Harry Potter did something great for readers. He made it ok for adults to read, and enjoy, books aimed at ‘young adults’. Eragon brings you into an almost medieval world, augmented by treasure,magic, quests and dragons. But where next? ~ Jo Ward

Yes, is the simple answer.

If you know where to look. If you don’t, fear not.

The added bonus of fantasy is that the books are almost always a series rather than individual stories, so if you find something you like, you can almost guarantee a further two or more books.

Nearly all the books mentioned below are series – I have only reviewed the first in each.

My own fearless quest has taken me in search of new treasures for you – more great books like Eragon. 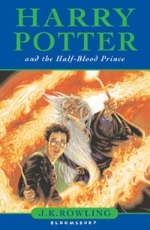 We cannot discuss fantasy aimed at young adults without mentioning Harry Potter again (sorry). Possibly more worthy of a mention though is Philip Pullman’s His Dark Materials Trilogy. If you haven’t got around to this series yet, do. It’s well worth it. I suspect however that your own quest has already brought you to these wonderful books, so I will move swiftly on. To Wales, and some of the best books similar to Eragon.

Harry Potter is a complex world full of danger and dark magic. Mythical creatures, enemies to be truly feared, but set in ‘our world’ rather than an invented kingdom.

Northern Lights is written for the same age group as Eragon. Again we see mysterious and powerful enemies, and complex magic at work. But the feel of this book is more mystical than olde worlde. 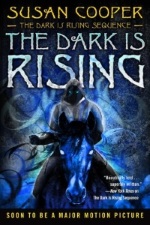 This series (The Dark is Rising Sequence) of five books is a classic . The first starts as an almost Blyton-style adventure. Simon, Jane and Barney are off for a holiday with Great-Uncle Merry in Cornwall. Rummaging around in the hidden attic one rainy day, they stumble across an old map with some writing on it which appears to link it to King Arthur (well, they are in Cornwall!)

Then the house is burgled – does someone else want that map? Who are the Dark followers? And exactly who, or what, is Great Uncle Merry? With Merry’s help, the children can start to decipher the map, but they need to work in the open, and this puts them all in danger. They are now in a quest to find the Grail for the forces of Light, and up against some dangerous enemies.

This first book is much more a mystery than the remainder of the series which moves more into the world of fantasy.

“When the Dark comes rising, six shall turn it back; Three from the circle, three from the track; Wood, bronze, iron; water, fire, stone; Five will return, and one go alone.”

This is a complex story, written for a similar age group to Eragon. However, it is another book set in the present day rather than in a fictitious age and place. Our quest has faltered briefly, as we stumble upon a book most people have heard of without realising it is a book. Slightly ironic, considering it is all about a book in which the hero loses himself….

If you don’t know the film, then, in brief, Bastian is an unlikely hero, who stumbles on an old book. Swept up in reading it, he is drawn into a world of enchantment, but one that is crumbling. As life merges into fiction, he discovers that it is he who will be responsible for making it well again. Dare you read it? How can you be sure it is only a book? Do you have the courage to save Fantastica? Gwyn’s ninth birthday party isn’t a cheerful affair – it’s also the anniversary of his big sister’s disappearance, four years before. And his Grandmother has given him some rather eccentric presents.

But then she is an eccentric person, not least because she believes Gwyn is a magician.

With her words ringing in his ears, Gwyn does as she instructs and gives the first gift, a brooch, to the wind.

Returning home, he finds he has a passenger – a tiny, glowing silver spider, who spins webs that show him people and places beyond this world. Then a new girl starts at school, and she seems to understand this world when no-one else does.
What does this all mean?

Like Eragon, this is a story of friendship and magic – an exciting fantasy. However, it is aimed at younger children and set in the present day, and has a more lyrical writing style. There’s a bear loose in the woods. But not just any bear. One of epic proportions, possessed by demons. It’s getting stronger. And it has killed Torak’s father, leaving him alone in the wilderness. He can survive (just). His father has taught him that much. But he has also made Torak promise to find the Mountain of the World Spirit, or die trying. And to stay away from men, in case they find out what he can do.

Torak sets off, with no idea how to find the mountain, how to defeat the bear once he is there, or what it is that he can do that men will fear. Torak’s is a journey of self-discovery, as he uncovers the skills he has and how (and why) he came by them. He is on the ultimate quest – to destroy the demon-bear before it destroys him and his whole world.

Full of detail about life six thousand or so years ago, all of which is rooted in meticulous research, this journey thunders along, enhanced by magic and folk-lore from the author’s own imagination.

This is set in an imaginary world which has echoes of historical periods, as is Eragon. However, it is written for younger children and is less complex.

Several of these are old. Do you think they stand the test of time?

Do you know of newer ones that you could recommend?

We’d love to hear about them.