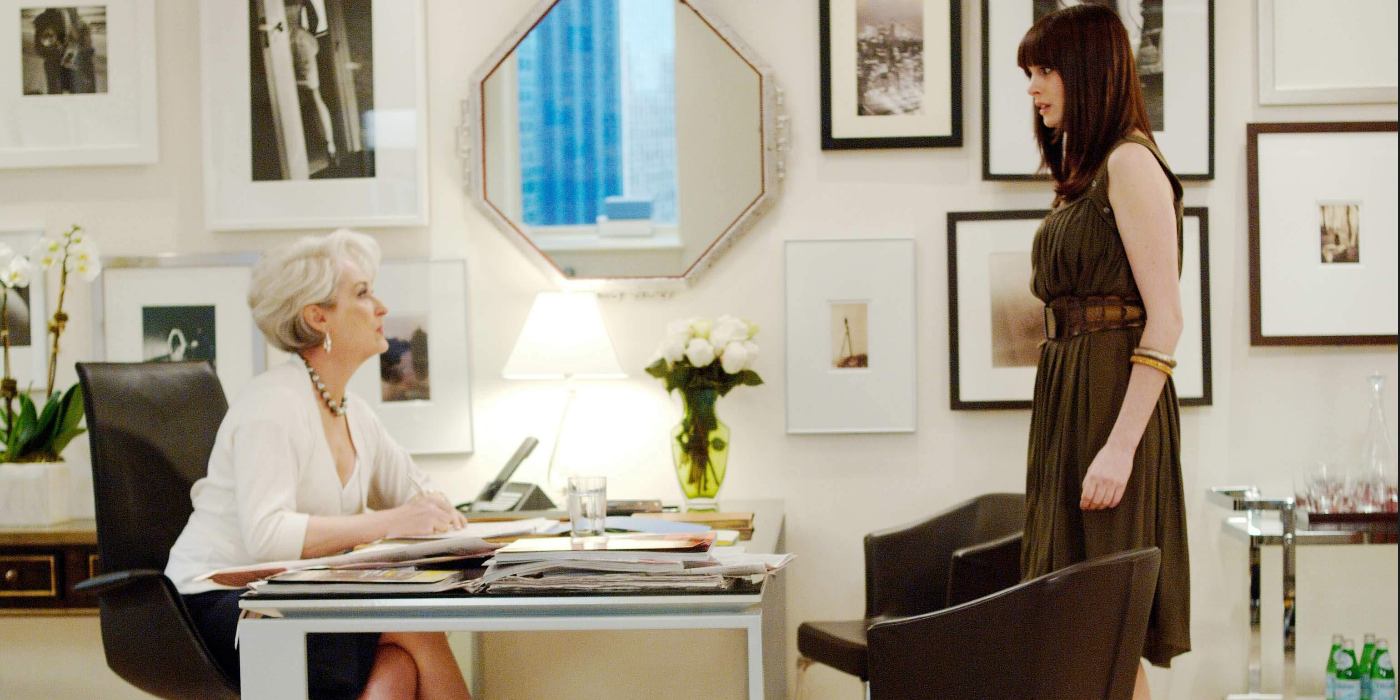 “I could have picked your typical chick flicks when looking for good movies like The Devil Wears Prada. But I didn’t. So if you think you’ll see a list of films like Material Girls or Confessions of a Shopaholic, then think again”. ~ Paola Bassanese

I have carefully selected a bunch of QUIRKY films that you may not have expected. For your viewing pleasure, I give you Valentino (2008), Yves Saint Laurent (2014) and… wait for it… Alice in Wonderland (2010)!

Valentino‘s life has been a whirlwind of events.

Valentino‘s address book includes the most glamorous stars in the world, and his personal life has been challenging. So, even though this is a documentary, there’s plenty of material in there for several movies.

Why I chose it: It’s diva tantrums galore! Drama! Dresses! And it’s all real! Where else could you see all these famous people all in the same film? You get appearances from:

Talking of fashion icons… let’s watch Yves Saint Laurent. And if you still haven’t satisfied your daily fashion dose after that, have a look at this article about designer clothes in films.

It’s all about the theme of light vs darkness, evil vs good. Say whaaat? Tim Burton? He does not do commercial movies! Surely, there are no chick flicks in his repertoire.

And in fact, he doesn’t do any of the above, but I am pushing the boat out here (remember? Only unconventional choices!).

His screen adaptation of the Alice in Wonderland book is less dark than his other movies, there’s the element of fantasy, plus amazing dresses and the same dynamics as Devil Wears Prada.

See what I did there? It’s all about the theme of light vs darkness, evil vs good. And now, for something completely different… How about a documentary about iconic fashion designer Valentino?

SIMILARITY MATCH: 80%
This time around Anne Hathaway is even more angelic than in DWP, and Helena Bonham-Carter makes quite a good impression of Miranda Priestly with her outbursts!
***
‘Yves Saint Laurent´ (Jalil Lespert, 2014)

Starring “It Boy” Pierre Niney (more on him in my article about foreign films), Yves Saint Laurent is a stunning biopic capturing the excesses of a life exposed in front of the media, with all the extreme repercussions on a fragile (but genius) mind.

Emotionally brittle but headstrong, hedonistic and passive-aggressive, Yves Saint Laurent was a combination of creative excellence and bipolar.

It’s like watching both Miranda Priestly and Andy Sachs from Devil Wears Prada all rolled into one!

Yves Saint Laurent could be cruel and naïve, evil and innocent, and everybody he encountered either fell in love with him or simply adored him.

Sure, some of his friends used and abused him in their relationships, but you can see in the film that he agreed to that.

This is quite a strong film at times with some disturbing scenes but it is very tasteful.

Let’s start with one of the stars from The Devil Wears Prada: Meryl Streep.

This is a sweet movie about cooking and blogging but also about relationships.

Why I Chose It:

The dynamics are similar to The Devil Wears Prada, but with less bitchiness.

This movie is based on the true story of blogger Julie Powell‘s 2002 challenge to cook every recipe from Julia Child‘s cookery book.

SIMILARITY MATCH: 60%
OK, so this movie is not as fashionable as DWP, but because Meryl Streep is there, is well worth watching. Just don’t expect a lot of bitchiness!
***

Where will you Start?

I’m curious to know which of these movies you will watch first -or if you’ve got some movies that are similar to The Devil Wears Prada – let me know in the comments!**For a video playlist of the recommendations, please click here.