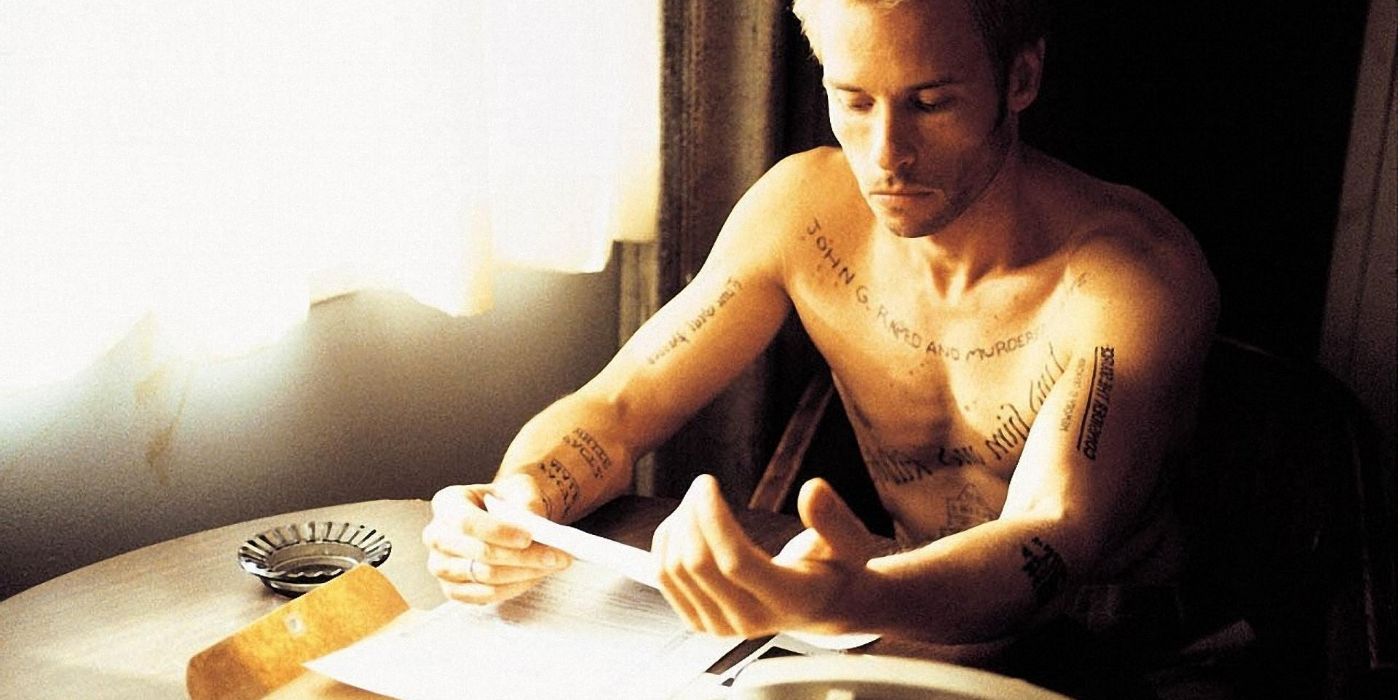 Ready to be confused? Good movies like Memento (2000) ask us to question the characters’ versions of the truth. Black Swan (2010) and Double Indemnity (1944) are ready and waiting to twist reality.
~ Jane Howarth

Source Code (Duncan Jones, 2011) and Inception (Christopher Nolan, 2010) play with the concept of reality, making them two of my favourite Memento alternatives.

But if you caught Paola’s movies like Limitless (Neil Burger, 2011), you’ve probably picked them up already, along with mental capacity-themed movies like Lucy (Luc Besson, 2014) and Johnny Mnemonic (Robert Longo, 1995).

What should we believe? These movies will keep you guessing.

Natalie Portman plays a ballet dancer in a prestigious company, whose mother, herself a ballerina, pushes her towards perfection. As she trains for the role of Odette/Odile, she sees increasingly more horrifying visions.

Coming from the director of Requiem for a Dream (Darren Aronofsky, 2000), you know this ballet story’s going to be a little offbeat. For me, the elegant Tchaikovsky soundtrack makes the dark scenes all the more disturbing – likewise Portman’s pastel pink wardrobe.

A team of scientists and computer experts join forces. Their creation? A way of preserving consciousness inside code.

When their leader is assassinated, they use it to save him, but we’re never quite sure how well the transfer has worked…

Transcendence wasn’t quite as gripping as I expected, and it raised a few plot questions. But there were enough interesting ideas to make it worth catching.

We’re left constantly asking whether the transfer truly worked, if the AI-like consciousness is good or evil, and how that impacts on the global network it’s integrated with.

SIMILARITY MATCH: 40%
Though not as beautifully crafted as a Nolan movie, Transcendence leads us down a path where the truth is unclear.
***
`The Adjustment Bureau´ (George Nolfi, 2011)

Based on the short story by Philip K. Dick, it’s a contemporary-set version of The Matrix (Andy Wachowski, Lana Wachowski, 1999) that sits somewhere between the complex and the beautifully simple.

I know, I know. Matt Damon’s character really encountered the agents, so it’s not a totally confused reality. But as we watch him try to negotiate with the agents and trick fate, we discover new layers, so we never know which insignificant event will trigger an intervention.

SIMILARITY MATCH: 40%
A different way of looking at the reality question, but a very watchable one.
***

Seen them already, or just looking for something a bit different?  Nolan counts Memento as one of the ‘90s neo-noir movies to endure, so it makes sense to go back to its onscreen heritage.

A detective starts investigating a murder case, but as he immerses himself in the case he becomes obsessed with the victim.

Shutter Island (Martin Scorsese, 2010) is often referenced as a good movie for Nolan fans, but if you’ve already seen it, here’s the alternative. As Scorsese’s inspiration for certain aspects of Shutter Island, the Otto Preminger classic was screened for Sir Ben Kingsley and Leonardo DiCaprio (more movies similar to Shutter Island here).

SIMILARITY MATCH: 80%
Like Memento, this noir movie sets its murder before we come in, leaving us to question the truth
***
`Double Indemnity´ (Billy Wilder, 1944)

An insurance man is drawn into a housewife’s murder plot. But of course, all is not what it seems and he rapidly finds himself doubting each of her versions of the truth.

This early film noir is dripping with literary connections. Based on the novella Double Indemnity (James M. Cain, 1943), the screenplay was co-written by the author of The Big Sleep (Raymond Chandler, 1939).

I found Memento had more impact because of its unexceptional setting, something I also found in Double Indemnity – isn’t it unsettling to watch killers going to the grocery store?

Sometimes It’s Good to Be Confused

I love it when a movie leaves something open to interpretation, or leaves a trail of clues. It gives me something to look out for next time round, and lets me watch the same movie in multiple ways.

Find What You’re Looking For?

As much as I can watch a Christopher Nolan movie time and again, it’s good to add something new to the rotation.

So, what are some good movies to watch if you like Memento?