See More Results
Home > Movies > Movies Like > 6 Movies like How to Lose a Guy in 10 Days: Sweet Romance 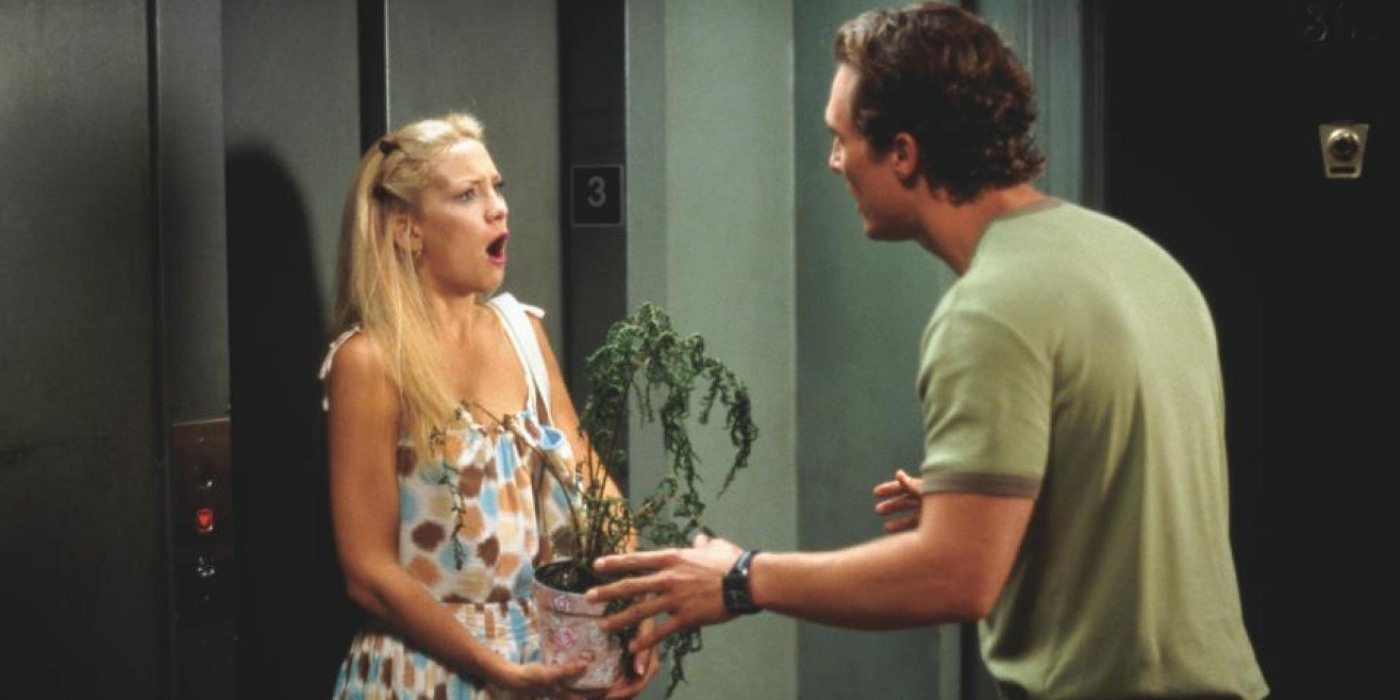 6 Movies like How to Lose a Guy in 10 Days: Sweet Romance

Wondering which movie to watch next? Let itcher recommend a movie tailored to your personal taste.

Looking for good movies like How to Lose a Guy in 10 Days? Maybe you’re a massive fan of Kate Hudson or maybe you really, really fancy Matthew McConaughey…~ Paola Bassanese

Well, you’re in for a treat. I’ve been searching for movies similar to How to Lose a Guy in 10 Days starring your favourite actors with a taste for romance.

How to Lose a Guy in 10 Days is the story of a writer for a woman’s magazine and a womanising advertising executive with completely opposite agendas.

You’re all going to hell anyway, so you might as well do something for yourself

A love triangle between a bride-to-be (Kate Hudson), her fiance (Colin Egglesfield) and her maid of honour  (Ginnifer Goodwin).

The plot may be a bit predictable, but you just can’t help rooting for Rachel, the maid of honour.

SIMILARITY MATCH: 70%
Something Borrowed will make you root for Rachel, just like you would do for Andie in How to Lose a Guy – shake your pompoms in true cheerleader style!
***

What I would give to experience, just one more time; to feel that incredible sensation, when he looked at me, and then I felt alive.

Kate Hudson plays a terminally ill patient who falls in love with her doctor, and luck would have it that her doctor is no other than the gorgeous Gael Garcia Bernal (read more on him in South American movies and in Spanish movies).

It’s quite sad and sometimes lacks pathos – there’s almost a tangible feeling that the writer did not want to upset the audience too much. All in all, it’s a delicate and sensitive movie.

SIMILARITY MATCH: 60%
I would say that A Little Bit of Heaven has more depth than How to Lose a Guy, so it’s less com and more rom with some tears thrown in.
***

Look, don’t shoot the messenger. When Matthew McConaughey does rom coms, there’s no guarantee of quality.

If you’ve seen him in Dallas Buyers’ Club (Jean-Marc Vallée, 2013) in his devastating gritty portrayal of AIDS-stricken Ron Woodroof, then his roles in romantic comedies may just a bit of fluff… but are we complaining? Nope.

Ace: So, is Kit short for Katherine?
Kit: Yes. Is Ace short for… Ace-a-rooney?

There are some good moments in this film and the photography is very good (read: must try harder).

OK, so this ain’t no masterpiece and Sarah Jessica Parker manages to grate on people’s nerves with her irritating laugh and shrieking throughout (why was her performance in Sex and the City so much more contained than this?)

Still, there are some good moments in this film, which make the movie quite dreamy at times.

SIMILARITY MATCH: 70%
Failure to Launch is quite sparkling and quite fun at times, and yet it manages to irritate, too. How to Lose a Guy is much better, but I chose it because it has Matthew MacConaughey!
***

If you ever had a secret office romance, you’ll probably laugh your head off!

Jennifer Lopez and Matthew McConaughey work well together but you can spot a lack of chemistry, which is a shame.

There’s some inevitable silly moments in this film (for some reason, Hollywood producers seem to think you need some childish slapstick in rom coms to make them more bankable?) but the story is quite cute with the wedding planner falling in love with her client.

SIMILARITY MATCH: 60%
The Wedding Planner is quite funny and a bit childish at times but hey, there’s MacConaughey!
***

What Movies are Like How to Lose a Guy in 10 Days? More Romantic Comedies

I’d rather fight with you than make love with anyone else.

I could watch this film over and over again, for some reason it never tires me.

I think it’s mostly because there’s a good chemistry between the leads (Debra Messing of Will &  Grace fame and Dermot Mulroney of New Girl fame) and because it draws from the same “tradition” as Four Weddings and a Funeral.

What I mean by that is its Anglo-American relations topic, English countryside location and just plain fun.

SIMILARITY MATCH: 90%
The Wedding Date has a bit of classic English rom-com material (like Four Weddings and a Funeral) but feels modern and the chemistry between the leads is great. A great match for How to Lose a Guy.
***

Mike Chadway: [to Abby, on how to attract Colin] You have to be two people. The saint and the sinner. The librarian and the stripper.

One of the modern queens of rom coms alongside Kate Hudson is Katherine Heigl (27 Dresses) playing opposite Gerald Butler (unforgettable in PS: I Love You).

This film is probably the closest match to How to Lose a Guy, but it lacks some of it freshness (for a lack of a better word). I think it’s because it’s a bit more cynical.

Check out this link for more movies like ‘The Ugly Truth’.

SIMILARITY MATCH: 80%
The theme of The Ugly Truth is very similar to How to Lose, with an interesting role reversal and more cynicism. I gave it a slightly lower similarity score to The Wedding Date as it hasn’t got the same light, fresh, humorous feel to it.
***

Which Movie will you Watch First?

I’m curious to know which of these films you would like to watch first, please let me know in the comments, thanks!