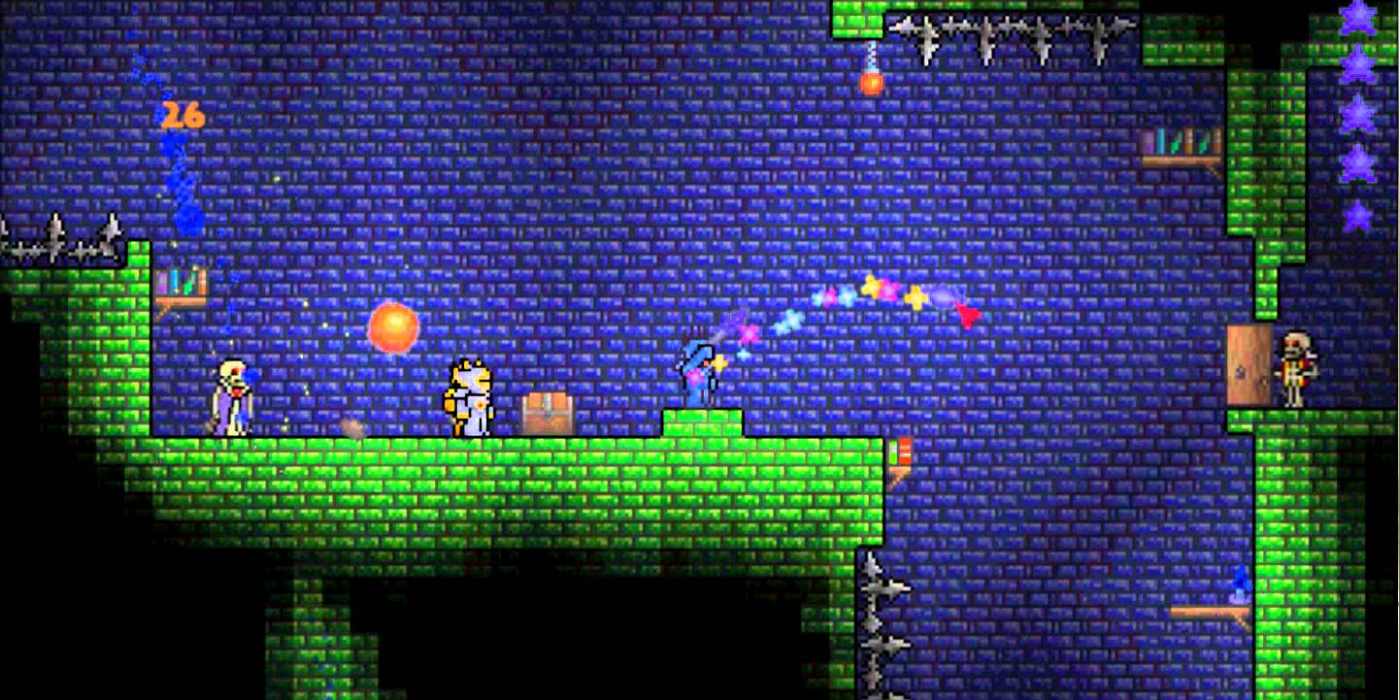 If you’re looking for another game like Terraria that’ll keep you busy then you’ve got to try Minecraft, Junk Jack, Epic Inventor and King Arthur’s Gold. ~ Zoey Hughes

`Terraria´ may be open-ended but that doesn’t mean you want to play it forever.

If you feel like it’s time for a change but are still haven’t had enough of 16-bit sprites and building then I’ve got some good games like Terraria just for you.

These four titles fit the bill perfectly so give them a go.

It’s the obvious comparison but seriously, you can’t love one without at least giving the other a go.

Minecraft is definitely a more peaceful place, you won’t be battling as many monsters, but everything else that encompasses Terraria is here in spades.

If you find the battling a key part of your sandbox adventure experience then fear not as Survival mode will bring back a lot of what you’re missing.

Available on pretty much every format you can even buy this for your console. Whatever format you pick you’re bound to get lost in the huge world of Minecraft.

You may not have heard of Junk Jack yet but many Terraria fans have flocked to it.

There’s also a newer version, Junk Jack X and both are available on the iPhone app store at insanely cheap prices.

It really has everything you’re looking for; mining, crafting, building, exploring, battling… even farming and chemistry, and all wrapped up in an appealing 2D form with multiplayer support.

There are a couple of different modes, including Creative mode for those who want to chill out and build something in peace. This is definitely worth a look and I expect it will eventually leak onto other platforms as well.

Epic Inventor describes itself as a side-scrolling action RPG but plays almost incredibly similarly to Terraria.

It features the same sort of 2D styling and has similar mechanics for virtually all of the gameplay functions.

To download it simply click here. And it gets even better if you’ve got coding skills as it’s also open-source. The possibilities just got far greater.

The goal of the game is to build a tremendous city which you must then defend using defences you’ve crafted using your resources.

Regular updates provide a constant supply of new items so you’ll not get bored easily.

SIMILARITY MATCH: 60%
Epic Inventor is an RPG with many similar elements to Terraria, but it does have an end goal to pursue.
***
`King Arthur’s Gold´

Now this one isn’t quite as similar as the others but it is still worth a look if you’re looking to shake things up a bit.

The focus of King Arthur’s Gold is PvP attacking and defending, but this is achieved by collecting resources to build up your city and its defences in a Terraria-like fashion.

You can play as a knight, archer or builder, each of which has a unique gameplay style and different perks.

It’s a bit more fast-paced than some of the other options available but it’s also one of the top fun games like Terraria so if you think you’re up to the challenge then pick up this freemium title here.

You can always split hairs over what is and is not like a game you like but these four options are remarkably close whilst still managing to have their own personalities.King Arthur’s Gold is definitely the most different, but maybe that’s what you’re looking for right now.Personally I’ll go with the free open-source option whenever possible (yes I’m one of those people who run Open Office instead of Windows Office) so for me it’s got to be Epic Inventor.

That may be my choice, but what’s yours? Let me know in the comments.