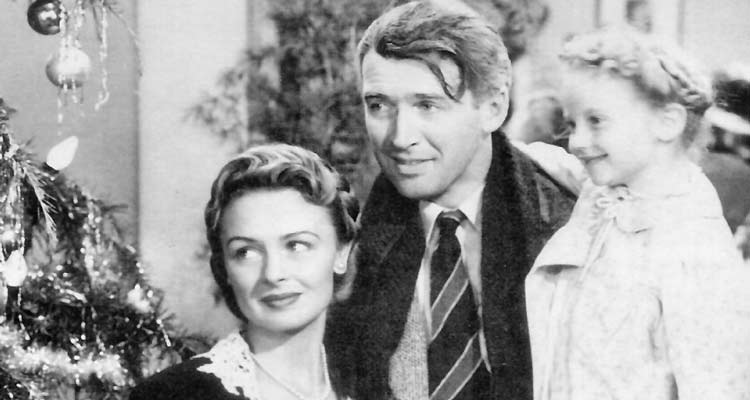 You don’t have to be a kid to enjoy some good Christmas classic movies.
There’s such a variety of Christmas-themed films out there, from the more eyebrow-raising ones to the family-friendly ones. ~ Paola Bassanese
Sometimes Christmas films can be quite cringeworthy and laden with saccharine sentimentality. Maybe as adults we simply become more cynical, or maybe the majority of Christmas-themed movies tend to be rushed jobs with the sole purpose of pulling at the heart strings.

Whichever way you look at it, you can still find some enjoyment is some classic films.

World War II had just ended, and maybe at that time everyone was in a reflective mood. This is the story of an honest businessman (paradox?) played by James Stewart (who famously was the wheelchair-bound photographer L.B. Jeffreys in Alfred Hitcock‘s Rear Window alongside Grace Kelly) and features one of the best Christmas movie endings.

This is the classic of all classics and it is a must-see as it has become an iconic Christmas movie.

This post-war film asks the age-old question “is Father Christmas real?” A young girl played by Natalie Wood (Maria in West Side Story) wants to meet Father Christmas at all cost and believes he works at Macy’s department store. Miracle on the 34th Street is another of those great christmas classic movies that you cannot afford to miss.

A family sets off to go on holiday for Christmas but they forget their child, played by Macaulay Culkin – who like many child stars like Miley Cyrus has been involved in a fair share of scandals in his personal life.

The humour is slapstick and possibly the film should be shorter but now it has become a classic so who are we to judge?

Bing Crosby sings about dreaming of a white Christmas, so what’s not to like? World War II is still very much present in this film which tells the story of two servicemen who tread the boards with their very own sing and dance act. Part musical, part romantic comedy, part predictable Christmas movie, White Christmas benefits from excellent performances by the lead actors.

In the film Brian is a contemporary to Jesus and is mistaken for the Messiah with embarrassing and hilarious consequences.