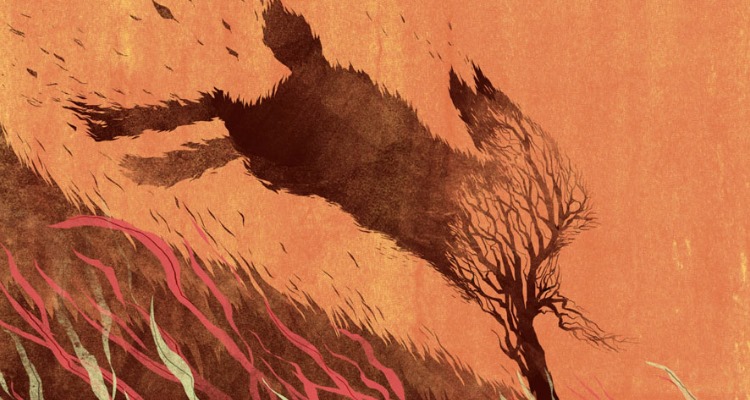 Books which feature talking animals on incredible journeys, with mysticism and adventure thrown in. Where on earth do you start when you are looking for more books like Watership Down? ~ Jo Ward

`Journeys to the Heartland´ (William Horwood, 1995) 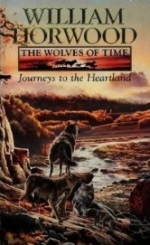 Same author, similar vein. But the species this time is the wolf, and the battleground is the whole of Europe. This is more similar to Watership Down in that humans constitute part of the threat. But again, we have an evil branch of the species (in this case the Magyar wolf pack) who are also posing a threat to the continuation of the old, true belief system.

Across Europe, wolf populations have been disintegrating and fragmenting. The poison has been spread largely by the Mennen (humans).

Wolves from across the continent heed a mystical call, to return to their Heartland to reclaim it.

There are two books in this series (The Wolves of Time). It is not an epic in the same league as Horwood’s six-book Duncton series, but it endows the characters with all the same depth – there is a spiritual side to the books as well as the journey or quest at the heart of the story.

If this series feels a little abrupt, it is because of the fact that following a dispute between publishers and retailers after the publication of the first book, the two planned follow-up volumes were condensed into one.

The Wolves of Time series has at it’s heart an underlying message about the impact humans have on the landscape, which compares very well with Watership Down, as does the fighting between rival factions. It has a spiritual quality though lacking in Watership Down. 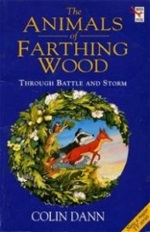 The last offering in the piece on good books like Watership Down is a children’s book.

Watership Down is often perceived as a children’s story, perhaps because of the excellent animated version, although the book really isn’t a children’s book. The Animals of Farthing Wood really is.

The residents of Farthing Wood are in danger – their home is due to be covered in concrete. Then they learn that, if they can get there, there is a reserve they could live on. It is a disparate group that travels together – from the Rabbits to Adder to Fox to Kestrel.

The journey is not without incident and not all animals who leave Farthing Wood arrive safely.

For a start, many of the animals on this trek are not exactly natural bedfellows. This leads to a certain amount of tension, which is only dispelled when the animals take an oath to, well, to put it bluntly, not eat each other as they travel. Then there are the dangers of the journey itself. The road that is no barrier at all to an owl becomes a nightmare for a hedgehog. And then not all the animals they meet along the way have taken an oath to avoid predation.

The journey is tough, and not everyone arrives, but those who do can expect a secure future in White Deer Reserve. Colin Dann had originally not planned any books beyond Farthing Wood, but due to the books success, he wrote several sequels so you can now follow the lives of the animals as they settle in to their new home.

In many ways this is the book that is most similar to Watership Down. It has an identical central idea – that destruction wrought on a habitat by man can trigger an amazing journey in a group of animals as they set out to find safety. However, it is a children’s book with all the simplicity of language and vocabulary that this entails. 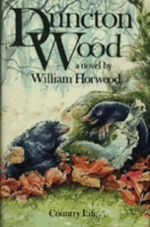 If you want talking animals and dangerous quests, then one of the most similar books to Watership Down has to be this six-volume series. The Duncton Chronicles feature another British resident – this time moles, not rabbits. But forget any preconceptions about cute and cuddly.

These moles are spiritual, adventurous, and sometimes deeply evil.

There are seven major systems in moledom, each with a Sacred Stone at the heart of it. Duncton is one of the most important. The Stone is an all-powerful force for good, which moles believe protects them, and which they honour and worship accordingly.

And yet moledom is under threat, from a tyrant who intends to dominate and bring brutality to every mole. Every mole must hold fast to their belief in the stone, and play their part in the fight to bring peace and love back to moledom.

This is a fantasy on an epic scale. You might laugh at the idea of the cast being a set of moles, but once embarked on this quest, it doesn’t seem improbable, and the love stories, the action, the beliefs and the characters are as good as any fantasy novel anywhere.

If you had to recommend books like Watership Down, what would you suggest? Do any of the books here appeal? Let us know what you think.