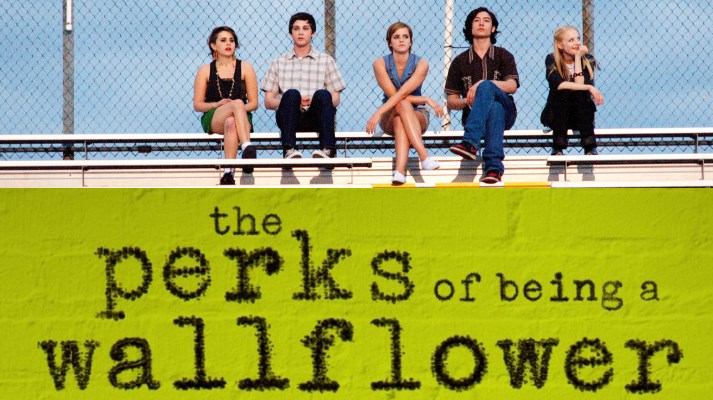 4 Good Books Like the Perks of Being a Wallflower

Enjoyed Charlie’s epistolary tale of growing up and growing pains? Then you might want to try Catcher in the Rye or Naïve. Super. ~ Jonny Sweet

The 2012 film The Perks of Being a Wallflower, starring Logan Lerman, Emma Watson and Ezra Miller, was a smash with the critics and the general public, excelling as an indie film. If you enjoyed that movie and would like the opportunity to see similar cinema, check out this article I wrote devoted exactly to that.

However, you may or may not have been aware that the film was based on a 1999 novel by Stephen Chbosky; I read the book in my late teens and it has stayed with ever since, meaning I jumped at the chance to see how well it was translated onto the silver screen… as you can probably guess, I was pleased with the results.

If you haven’t read the book, I strongly urge you to do so post haste. However, if you have, you might want to get hold of some more good books like The Perks of Being a Wallflower.

What are some Good Books Like `The Perks of Being a Wallflower´?

If you like the fact that Charlie is an honest, flawed character, who isn’t perfect and doesn’t pretend to be, and that the story takes in everyday events rather than fireworks and car chases, then it seems clear that you, like me, are a fan of the coming-of-age genre.

Literature such as this can help teenagers or twenty-somethings (or older readers) deal with personal issues in their lives, as they relate to the protagonist’s trials and insecurities, and can reassure them that everything is okay, despite their problems.

As a former teenager, current twenty-something and lifelong reading aficionado, I have had the pleasure to read several similar types of stories over the years. Here is just a sample of my favourites: the four must read books like The Perks of Being a Wallflower.

Probably one of the most famous coming-of-age novels ever written, Salinger’s classic shares a fair amount in common with Chbosky’s work.

Firstly, the narrator is a male teenager, struggling to find his place in society.

Secondly, the narration is delivered in epistolary form, addressing the reader as an unspecified friend, and with an honesty and directness that immediately ingratiates, endears and engages.

And, without wishing to give too much of the story away, the finales to both share certain similarities which are best discovered by reading them yourself.

SIMILARITY MATCH: 80%
The Catcher in the Rye and The Perks of Being a Wallflower are both about troubled teens coming to terms with personal problems in a world alien to them, although the former protagonist is alone, isolated and bitter, while the latter is surrounded by friends and keen to make more.
***
`Naïve. Super´ (Erlend Loe, 1996)

This Norwegian novel proves that not all soul-searching and coming-of-age is done in the teens.

The unnamed protagonist (though hints are dropped that it is at least partly semi-autobiographical) becomes disillusioned with the direction his life is taking in his mid-twenties, and, renouncing his chosen university course, goes back to basics: playing simple children’s games, making lists and losing himself in procrastination.

For anyone who has ever felt like a round peg in a square hole, this short novel will surely speak to them.

SIMILARITY MATCH: 75%
Both Naive. Super and The Perks of Being a Wallflower deal with protagonists who struggle to find their place in the world, though the former is much older than the latter.
***
`The Curious Incident of the Dog in the Night-Time´ (Mark Haddon, 2003)

Draped around the framework of a dead pet’s killing, this novel tells the story of Christopher Boone, a 15-year-old with autism as he seeks to discover who killed his neighbour’s poodle and in doing so discovers much about his own family and the world around him.

Delivered from such a unique viewpoint, the novel has a lot to offer in its exploration of family values and the importance of parental responsibility.

It is also charming and hilarious in places, and posits some interesting questions about our world and our perception of others in it.

SIMILARITY MATCH: 65%
The main characters of The Curious Incident of the Dog in the Night-Time and The Perks of Being a Wallflower both feel out of place and alienated in their respective worlds, but while the former is a likely sufferer of Asperger’s syndrome, the latter is simply introverted and scarred by experiences from his past.
***
`That Was Then, This Is Now´ (S. E. Hinton, 1971)

Although the setting and background of the characters in this novel (and indeed, all of Hinton’s) are very different from Charlie’s, similar themes crop up in the book.

It deals with Mark and Bryon, who start the novel as closer than brothers but find they have differing priorities in life, which leads them to question their friendship.

As with all of Hinton’s work, the novel explores what it means to be a teenager, to grow up and grow into your place in the world… in much the same way as Perks does.

If you read this and enjoy it, I recommend all of her other works, many of which have now been converted into films.

SIMILARITY MATCH: 55%
Both That was Then, This is Now and The Perks of Being a Wallflower are about young adults changing their personalities and growing up to find their place in the world, though they take place in very different circumstances and eras and feature opposing characters.
***

What are your Personal Perks?

Do you agree with my selection? Read them and get back to me… or alternatively, leave your suggestions below.