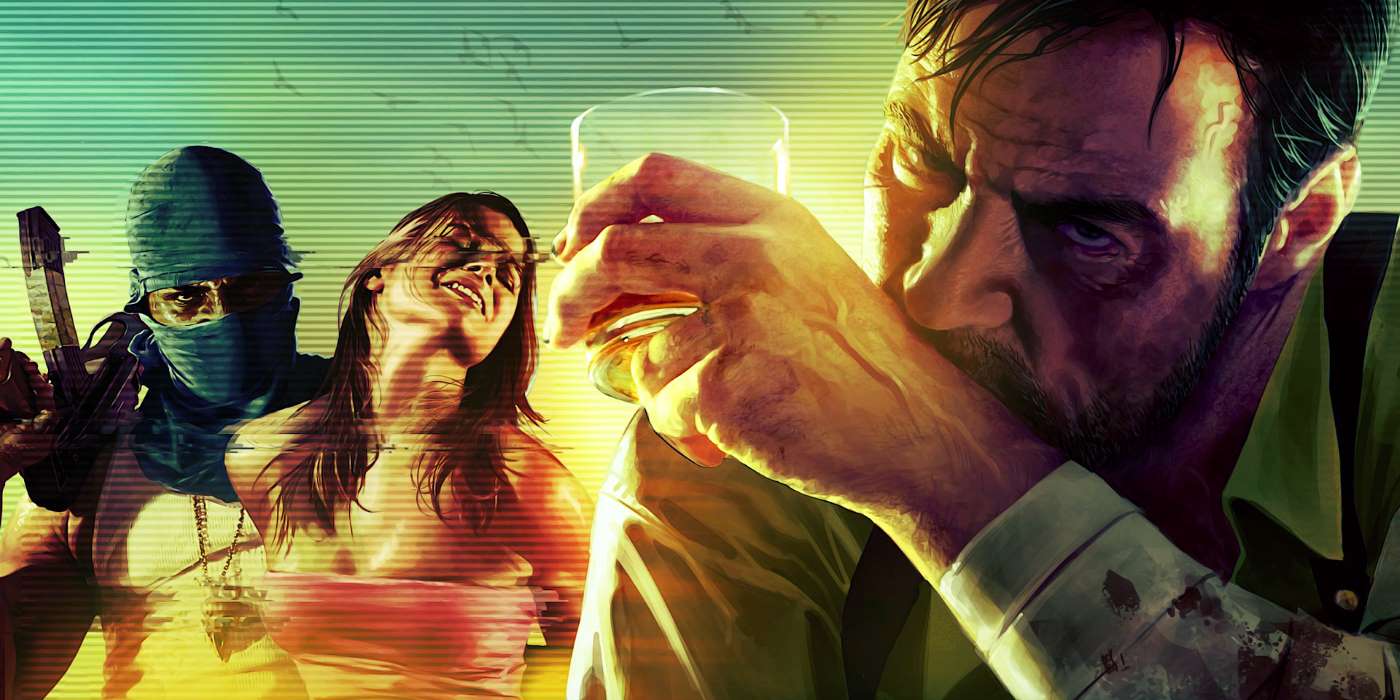 4 Games like Max Payne: for Those Obsessed with Bullet Time

Wet, Stranglehold and Vanquish all embrace stylish combat that reminds me of Max Payne.
~ Zoey Hughes
When Max Payne first burst onto the scene in 2001 we all sat up and paid attention.

The gritty plot and stylish bullet time ridden gun fights were something completely new and we lapped it up.

However, with only three titles in the franchise, chances are you’re looking to get your bloody slo-mo kicks somewhere else by now; so here are some games like Max Payne I’ve found for you to keep that carnage flowing.

Ignoring the Wachowskis there is one director who adores bullet time above all else – John Woo. I swear he’d live his life in slo-mo if he could.

Unsurprisingly that means that Stranglehold – a game he collaborated on – is filled with gun fights in bullet time and even a few doves.

Based in Hong Kong you’re thrown into a gang warfare situation after a policeman goes missing.

The game is a stylistic joy even if the story and gameplay are purely mediocre.

SIMILARITY MATCH: 80%
Stranglehold fails to engage you in the story as well as Max Payne, but does provide similar combat experiences.
***
‘Alan Wake’ (360/Win)

Alan Wake is the other popular creation by Remedy Entertainment.

Although more of a survival horror game than a straight-up shooter, the dark and threatening story has all the fingerprints and nuances of the same writing team and even includes a possibly dead wife.

The bullet time is limited to dodges – when you’ve got far too up close and personal with an enemy to stand a chance without it – but it’s good to see they didn’t abandon it altogether.

Filled with nods to classic horror material, Alan Wake also continues the Norse mythology theme from Max Payne. Garnering a lot of attention and awards at the time, it is a must-play for anyone who is a fan of Remedy’s work and is well worth a play for other gamers too.

WET wasn’t a big hit but I adored it and if you’re looking for an overabundance of bullet time and style over substance this is the game for you.

The third-person shooter has borrowed from the old grindhouse movies and as such is filled with gore and OTT acrobatic moves. It follows the work life of Rubi Malone (voiced by the always magnificent Eliza Dushku), a mercenary who gets in a little too deep.

Armed with two guns and a sword, the stylish massacres you can indulge in are stupendously fun even if the game suffers from a lack of polish in other areas.

Not the best known game like Max Payne but a valid choice nonetheless.

Vanquish is a bullet-hell style shooter in 3D that added many innovations to the shooting genre and included everyone’s favourite gameplay mechanic (bullet time!) as well.

That’s pretty much where the similarities stop unfortunately, as the story is based in a futuristic world and your protagonist wears some serious armour.

It’s not going to scratch the itch you have for another Max Payne style story, but if you want to know what happens if you give the combat system from Max Payne too much Red Bull then hit start.

Trying to marry well-written grittiness with stylish action is harder than you might think and that’s what makes the Max Payne trilogy such a must-play.

Alan Wake manages to stay dark and enthralling throughout but has more basic combat. If you’re looking for super-stylish combat like Max Payne, similar games include WET and Stranglehold.

They might not be top-tier games but they are both a lot of fun, and I personally couldn’t get enough of WET once I’d mastered the techniques.

Have you found another game that reminds you of our favourite police officer turned vigilante?

Put it in the comments section so we can all give it a go.