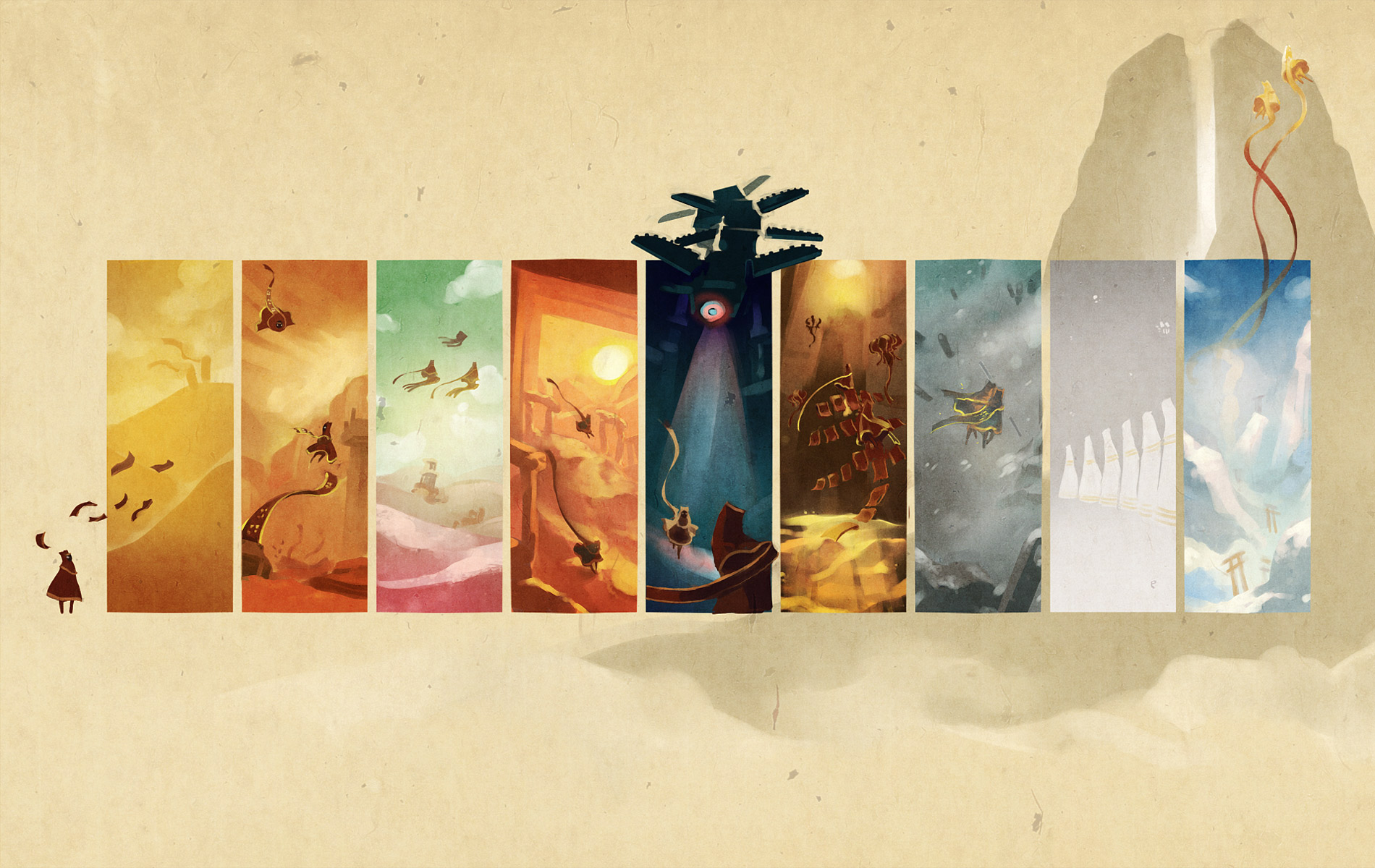 There’s nothing quite like ‘Journey’; that was the point of its creation. But there are a handful of titles that place emotional experiences and/or exploration ahead of gunfire and multiplayer. ‘Brothers: A Tale of Two Sons’ is my personal favourite. ~ Zoey Hughes

‘Journey’ is one of the rare games that every PS3 owner with a lick of sense played and everyone without a PS3 longed for. The sensational indie game took the world by storm with its unique gameplay and beautiful styling.

Developers That game company deliberately went out of their way to create something new and unique, unlike anything either they or anyone else had created before, and that poses obvious problems for those trying to replicate the experience.

I’ve searched high and low and came up with these titles that may not be exactly the same, but are at least games like ‘Journey’. Let’s take a look.

Bizarrely, the quality of ‘Dear Esther’ isn’t up for debate, but its classification as a video game is.

There are no real tasks to complete, no choices to make. It’s simply a story to be discovered in incremental amounts by exploring an island. An emotional journey pretty much sums up what you can expect from this title so if it’s the discovery element of ‘Journey’ that kept you hooked, you should check this out.

‘Proteus’ is an open-world exploration game with randomly generated maps. The aim was to create a non-violent game with no real pressure to do anything but enjoy the world around you. This minimalist title has day/night cycles, changeable weather and seasons.

Not great for replayability, but it’s a great title for exploration nuts.

Yet another exploration title, the point and click stylings of ‘Botanicula’ have made it a popular choice for critics and created quite a fanbase.

As with other games similar to ‘Journey’, there is no speech in the game

It follows the tale of five creatures who are desperately trying to save the last seed of the tree they call home after it being infected by parasites. As with other games similar to ‘Journey’ there is no speech in the game although the great music and visual effects help to communicate your actions.

To quote Aerosmith, “life’s a journey, not a destination”; a sentiment that is echoed throughout the uniquely emotional (it seriously made me cry) and memorable arcade title ‘Brothers: A Tale of Two Sons’. It may not be the longest game, but it will have you navigating a world to save your dying father and you will never look back.

A true work of art. Those who enjoyed the uniqueness of the ‘Journey’ experience will savour this title as well

Although there is speech in the game, there’s nothing comprehensible as the unknown language is not understandable. Instead, gestures and expressions are your guiding force in this title. A true work of art. Those who enjoyed the uniqueness of the ‘Journey’ experience will savour this title as well.

Other Video Games Similar to Journey

When someone goes out of their way to create something new, it’s always going to be hard to find something comparable. I’ve looked at arty and emotional exploration titles, often with no speech, just to try and find the closest thing to ‘Journey’. I think the above games should satisfy what you’re looking for and provide another unique experience for you to save in your memory banks.

If you know of a great game similar to ‘Journey’ then let me know in the comments below so I can check it out.