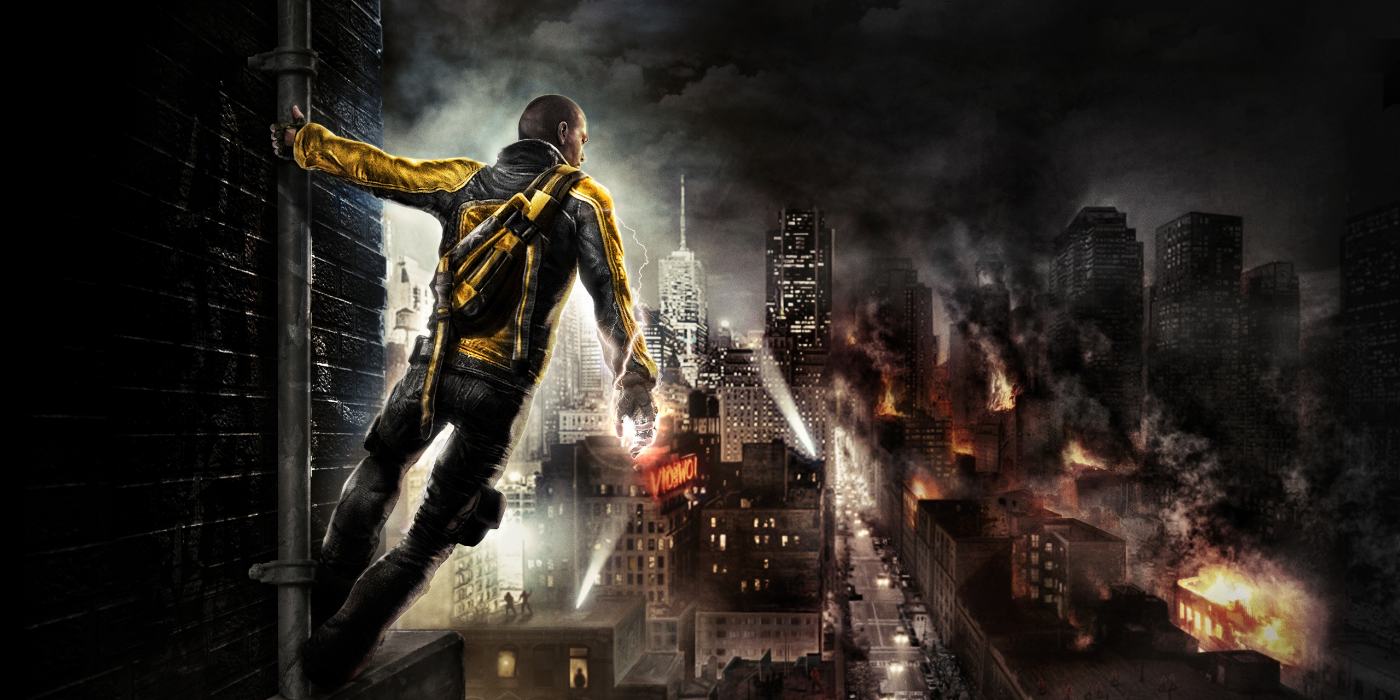 Want Games Like InFAMOUS? Check out These 7 Awesome Titles

For the perfect hybrid of superpowers and free-roaming check out Prototype, Crackdown and Spider-Man: Web of Shadows. ~ Zoey Hughes
The inFAMOUS saga has been a fan favourite for a while now.

Never quite garnering enough attention to make it a must have but still filled to the brim with action and polish, it’s easy to see why the open world action adventure title has been a hit. But what if you’ve already completed all available titles?

Well there are actually very few games like inFAMOUS so let me help you out by sending you in the right direction.

Obviously there are a million and one action adventure sandbox titles available but it’s the superpower element that makes inFAMOUS stand out.

Instead of simply running around gunning people down it said hang on; superpowers are always cooler than guns (except for maybe Bayonetta’s Scarborough Fair guns) so why not use them instead?

The titles I’m recommending all have a superpower element to them so at they all have a similar flavour to your favourite series.

Crackdown was the first sandbox game I played where it was clear from the start that they didn’t take themselves seriously, and it made for a hell of a lot of fun. Playing a biologically improved agent you get to roam around a city doing whatever you want including rooftop races, collectible hunts and general carnage.

Of course that all sounds fairly standard but your enhancements mean you are strong enough to toss cars around like toys, and can leap increasing distances (based on how many orbs you collect) till scaling even the highest sky scraper is a breeze. So if gravity defying jumps and absurd levels of strength sound as appealing to you as they were to me then give this one a go.

The sequel was developed by a different team and I wouldn’t recommend it as highly but keep your eyes peeled for more information on the third game in the series, also just called Crackdown, which will be arriving hopefully in the foreseeable future. 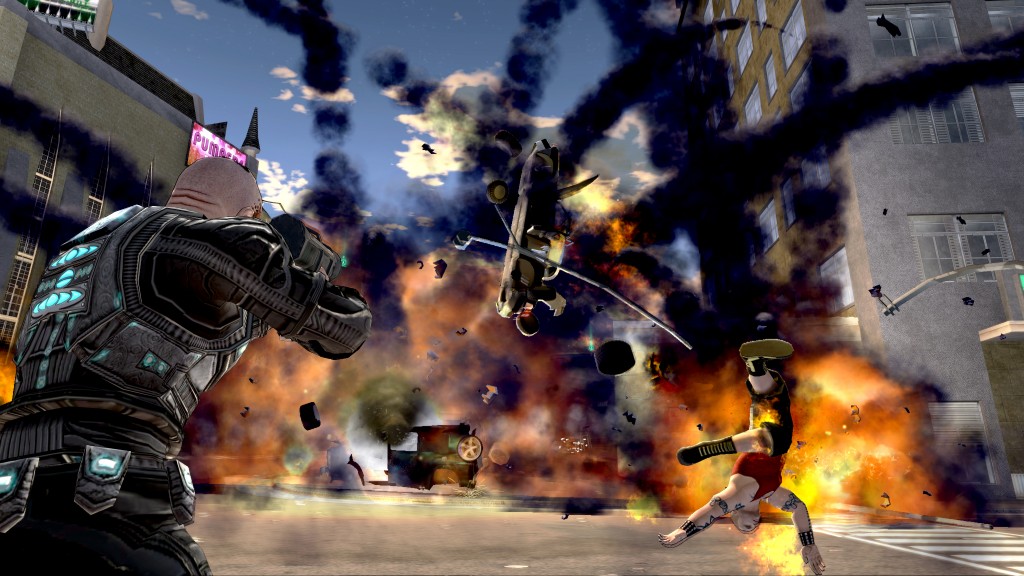 Possibly the ultimate in free-roaming super hero adventures is the Spider-Man series of video games. Spider-Man 2 was epically awesome and then the series went downhill but a reboot by Beenox means the last few titles have been firmly on track and a lot of fun.

As we’re searching for games similar to inFAMOUS I would particularly recommend Spider-Man: Web of Shadows.

After all, who says superheroes can’t have off days too

Along with web-slinging action (there’s really no doubt as to Spidey’s superhero prowess) making city traversal a breeze this is particularly relevant as it has multiple endings. You can be as morally reckless or pure as you wish with radically different results. After all, who says superheroes can’t have off days too? 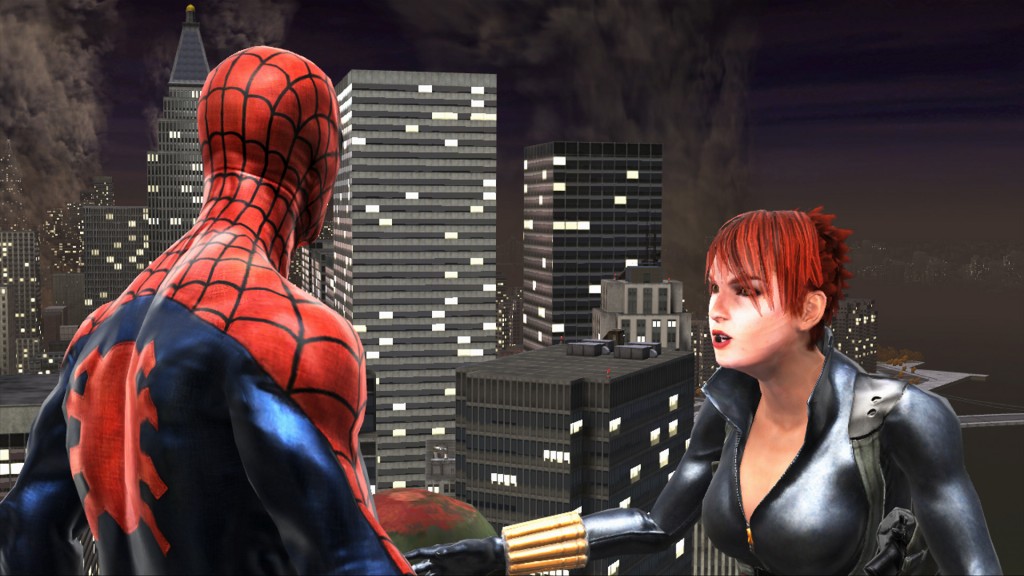 The game most often compared to inFAMOUS seems to be Prototype, and there are certainly plenty of parallels. Both games feature a protagonist with superpowers learning as they go in an urban setting, and they were even released only a month apart.

In Prototype protagonist Alex is a shape-shifter, able to morph into others and steal their essence. This ability is reused in the sequel, in which new lead James is trying to kill Alex.

Despite good reviews sales were surprisingly poor. The lack of commercial success means there are no plans to continue the series, but it also means you can often find very cheap copies in bargain bins so keep an eye out.

Have a look at this article if you want to check out some great games like ‘Prototype’. 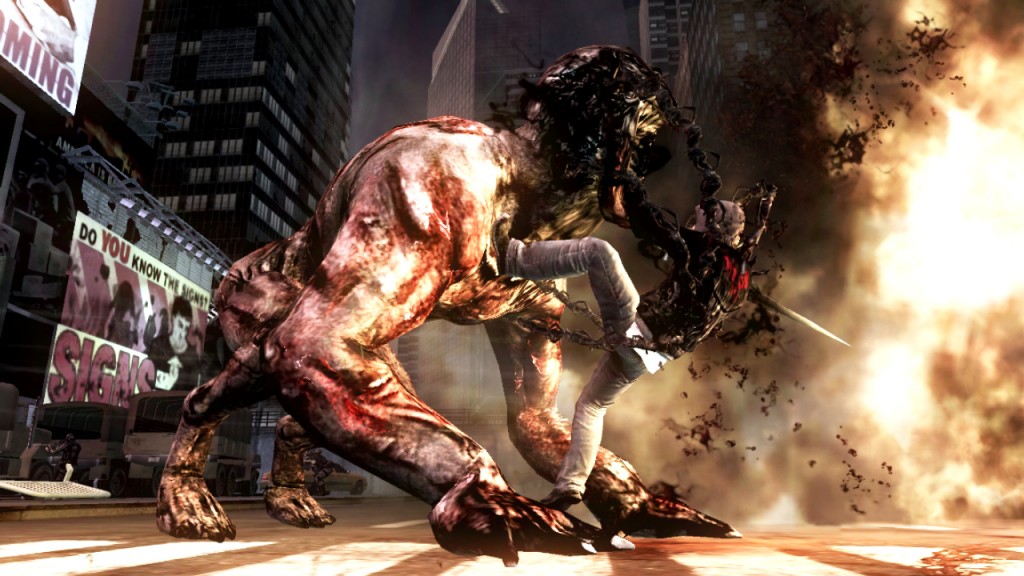 Other Games Similar to inFAMOUS

It’s hard to find titles that are the right mix of morality, superpowers and free-roaming. There are tonnes of superhero games and tonnes of sandbox games but it’s a fine line to tread to find games that are similar enough to inFAMOUS. Still, the above games should have you covered, with the main variable being the tone. I have to agree that Prototype should be one of your top choices but if you’re looking for something a bit silly then Saints Row IV and Crackdown should tick all your boxes.

I’ve wracked my brain to come up with titles I think you’ll enjoy but I’m not a complete encyclopaedia. If you know of another title that you think I’ve missed then let me know in the comments below.