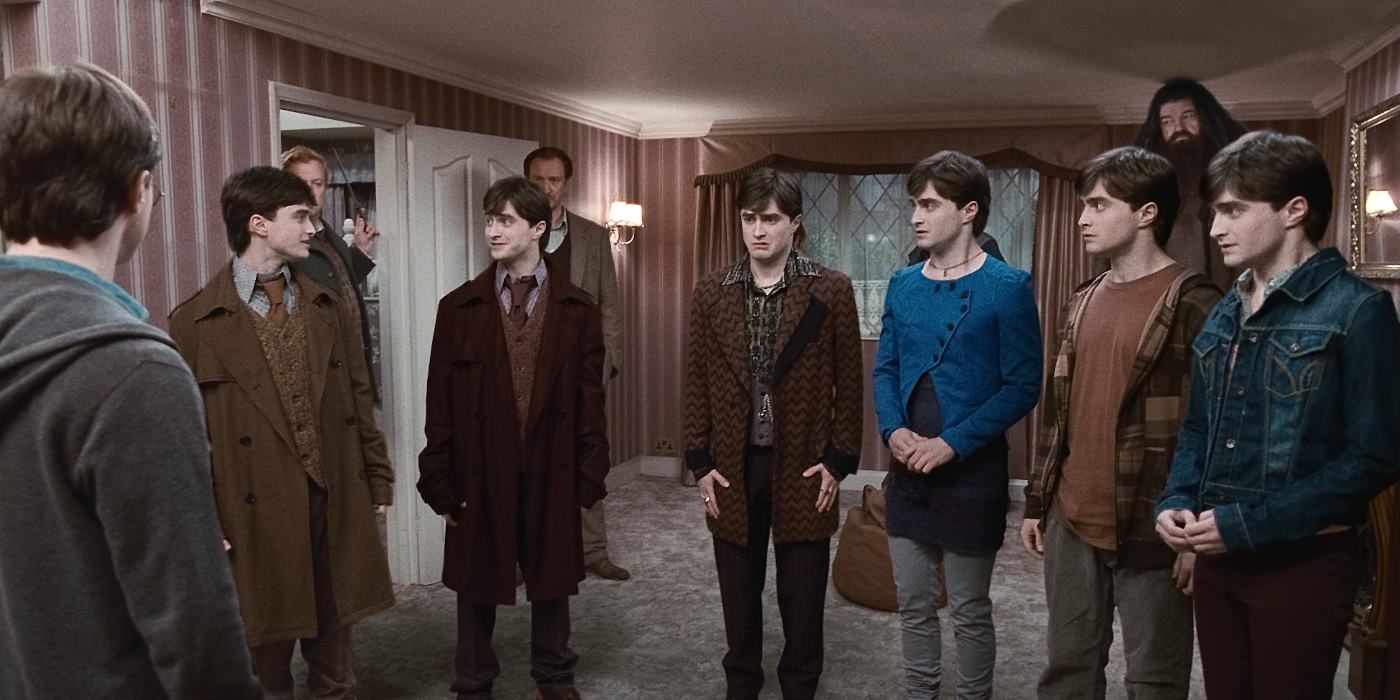 Check out the Funniest Moments in Harry Potter Movies

Magical, scary, action packed and heart-warming – the Harry Potter books and films have a lot to offer.
But a lot is not enough for author J. K. Rowling.
~ Scout Beck
Wizard of creativity that she is, she made sure there were many funny moments in Harry Potter movies too.

So here is just a selection of the funniest moments in Harry Potter movies.

Blow up your Aunt?

Now obviously the target audience for these movies is quite young and the humour in it is reflects this.

That’s not to say there aren’t plenty of smiles for the adults too.

The comedy in the movies is largely slapstick and much needed as the films get darker and darker.

The first moment I’ve chosen is one bound to amuse – a sweet and funny taste of revenge.

In Harry Potter and the Prisoner of Azkaban. (Alfonso Cuaron 2004), Harry has had to bear far too much abuse from the frankly awful Aunt Marge and enough is enough.

With the power of his mind plus years of pent up rage, Harry causes the already large Marge to swell alarmingly.

It’s an early indication of the level of Harry’s skills as a wizard, a great visual gag and he really has the audience with him on this one.

Why’s it Always me?

The endearingly hapless Neville Longbottom has his fair share of funny moments in the films.

But his most memorable is in this one – Harry Potter and the Chamber of Secrets, (Chris Columbus, 2002)

In a Defense Against the Dark Arts class gone horribly wrong, Neville finds himself  being lifted  in the air by his ears and finally suspended from a chandelier by his collar.

As his collar begins to stretch, he utters the words ‘Why’s it always me?’ with such memorable despondency that his character became known for it – even though he only actually ever says it this once.

There are so comedy scenes throughout the movies that the majority of characters have their chance to be part of the Funny Harry Potter Movie Moments.

Even the smallest ones.

Which brings me to poor little Dobby the house elf.

Permanently on his misguided mission to save Harry Potter – just about every time he helps – someone gets hurt.

Fortunately in this scene from Harry Potter and The Deathly Hallows (David Yates, 2010), it’s only Bellatrix Lestrange who’s in the line of fire.

Bellatrix: “You stupid elf! You could have killed me!”
Dobby:  “Dobby never meant to kill! Dobby only meant to maim, or seriously injure!”

There are a few great one-liners like this one in the films, that adhere very closely to Rowling‘s original dialogue.

And quite often they are used to display a  bit of darker humour.

Again from Harry Potter and the Chamber of Secrets, ghost Moaning Myrtle is talking ever so sweetly to Harry:

“Oh, well… I’d just been thinking… if you had died, you’d have been welcome to share my toilet.”

The Weasley boys are the comedy stars in the films providing the majority of those funny moments.

Ron Weasley almost has his own catchphrase –  ‘bloody hell’.

And with the things he gets up to he has plenty of opportunity to say it.

Ron‘s a great character all round , and Rupert Grint brings him to life brilliantly with some great facial expressions.

Still from the same film, we see some great comic timing from Grint when having stolen a flying car to catch up with the Hogwarts Express, he suddenly realises the train is behind them.

His expression is priceless!

Much of the humour throughout the films is reliant on the bad guys getting their comeuppance.

Hermione punching Malfoy, Harry inflating his horrible aunt and of course the Weasley Twins again with their anarchic firework display that is nearly the end of the terrifying Professor Umbridge.

And Just with my Voice!

But my favourite funny scene from the Harry Potter films is only about a minute long and is really of no importance to the story at all.

Dawn French is the Fat Lady, a portrait who guards the entrance to the Gryfinndor quarters.

In this scene she is entertaining herself by demonstrating her operatic skills.

Attempting and failing to smash a glass with her high pitched squealing she niftily whacks it behind her with that kind of comic timing only a pro can provide.

And just listen to her parting shot of ‘plebs‘ as the students pass by.

Number one of My Funniest Harry Potter Movie Moments :)

Which scene do you think should be among the funniest moments of Harry Potter?

No matter if it’s an exeptionally funny quote or an hilarious facial expression – share it with us!