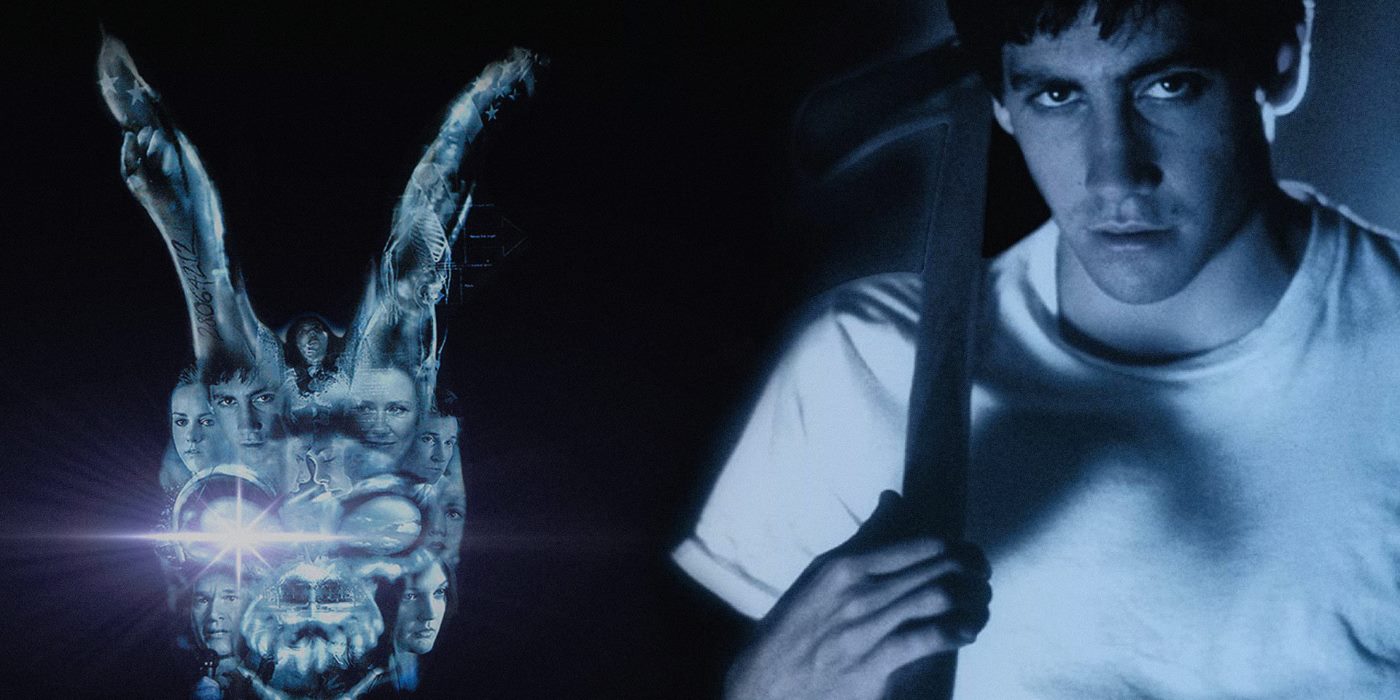 People went crazy over the film ‘Donnie Darko‘ in 2001, and the ones that didn’t, didn’t understand it. Just think of the series Lost: the only people who complained about the final episode, were the one’s who lost the plot around season three. If you are willing to give a chance to some movies like ‘Donnie Darko‘, why not try ‘Mullholland Drive‘, ‘Primer‘ or ‘The Buttefly Effect‘? ~ Roxanne Sancto

Ready for Some Unrest

We write the year 2014, and to those of who are die hard Donnie Darko fans, it has become clear there will never be another film quite like it; S. Darko was a pretty poor attempt of a sequel.

There are however a few films to watch if you like Donnie Darko.

They may not star the dreamy Jake Gyllenhaal as the main character, but their pretty damn good too, nonetheless.

If you’re overly excited about the return of the hit series ‘Twin Peaks’ in 2016, chances are you already know everything there is to know about David Lynch and his work.

Lynch is so much more than just a film director – he’s an artist, a musician, a writer and a great believer in transcendental meditation. His artistic vision can always be found back in his films and since his early beginnings in the late seventies it has become clear that he draws his inspirations from dreams and the concept of alternative realities.

In 2001 he puzzled his fans with yet another Lynchian masterpiece: ‘Mullholland Drive’, featuring Naomi Watts and Laura Harring in the lead roles. This film is a dark neo-noir mystery that is built on a foundation of symbolism typical of Lynch’s work.

With a non-linear narrative and dream-like sequences, ‘Mullholland Drive’ beckons you to delve deeper into the minds and mysteries surrounding two strangers who found one another through a series of peculiar circumstances.

SIMILARITY MATCH: 80%
Stylistically ‘Donnie Darko’ and ‘Mullholland Drive’ have little in common but the protagonist in both movies find themselves in the folds of an alternative reality.
***
‘The Butterfly Effect’ (Eric Bress, J. Mackye Gruber, 2004)

In the 2004 movie The Butterfly Effect, the viewer is taken on a speedy journey through time lines and introduced to an underlying idea of the chaos theory.

Evan Treborn (Ashton Kutcher) has been suffering from blackouts since he was young; this tends to happen whenever he finds himself in stress situations. The blackouts were brought on by several severe childhood traumas.

As a young adult, he realises that by reading his journals he can literally travel back to the past and undo key moments. However, by doing so he is also changing his present life.

If you’re looking for good films like Donnie Darko, The Butterfly Effect should be on the top of your list.

Go to this page if you want to watch some other psychological thriller movies like ‘The Butterfly Effect’.

Emily and Hugh already know it’s no ordinary night: The media and Hugh’s brother- a physicist – have already warned people of a passing comet and how it may affect people, but the rest of the dinner guests don’t buy into this theory until increasingly strange things start happening.

When a power shortage forces the dinner party to proceed with lit candles and glow-sticks, they decide to check on the rest of the neighbourhood. Every house bar one is completely dark. As Hugh and Amir approach the only lit house in the neighbourhood, they are startled to find that its living room set up is identical to Mike and Lee’s house, where the party is being held.

On the doorstep they find a box containing a ping pong paddle and photos of all of them with numbers written on the back. Emily recognises the handwriting to be hers and Amir realizes that his photo was taken on the night in question…What the hell is going on?

SIMILARITY MATCH: 55%
‘Coherence’ takes place in one single house/street so the feeling differs from ‘Donnie Darko’ but both can be equally confusing.
***

If you like fast-paced movies that will give you something to think about, the following two films might be to your liking…

Manni is a small-time crook who was supposed to deliver a bag containing 100, 000 DM to his boss Ronnie (Heino Ferch). But after several changes in plan, he accidentally forgets the bag of cash on a train and watches a homeless man take off with it. He now has exactly twenty minutes to come up with the money or kiss his life goodbye.

Following the phone call, the viewer is presented with three possible scenarios depicting Lola’s plight to get the money to Manni in time. This movie explores the chaos theory in an urgent but creative manner that comes to life with fantastic camera work and an adrenaline-infused soundtrack.

‘Primer‘ was written, directed and produced with an impressively low budget of $ 7,000 by Shane Carruth, a former engineer with a degree in mathematics. It tells the story of four engineers and their accidental invention of a time travelling “machine”.

The engineers finance their own inventions by building and selling JTAG cards from a garage by night. They can’t decide which project to start with next, so two of them, Abe (David Sullivan) and Aaron (Shane Carruth) decide to pursue their own thing.

Each to their own, they start working on technology that is made to reduce the weight of an object. However, they come to realise that due to some defect, any object left in the device experiences time in a different manner.

‘Primer’ isn’t as dark and haunting as ‘Donnie Darko’ but it is mind-bending and extremely thought provoking.
***

Let’s do the Time Warp Again!

If you really dig these types of time warp movies, Eternal Sunshine of the Spotless Mind is very trippy and also rests on a romantic note, albeit very different to The Butterfly Effect.

If you know of any other awesome movies that deal with time travel and parallel universes, I’m all ears!