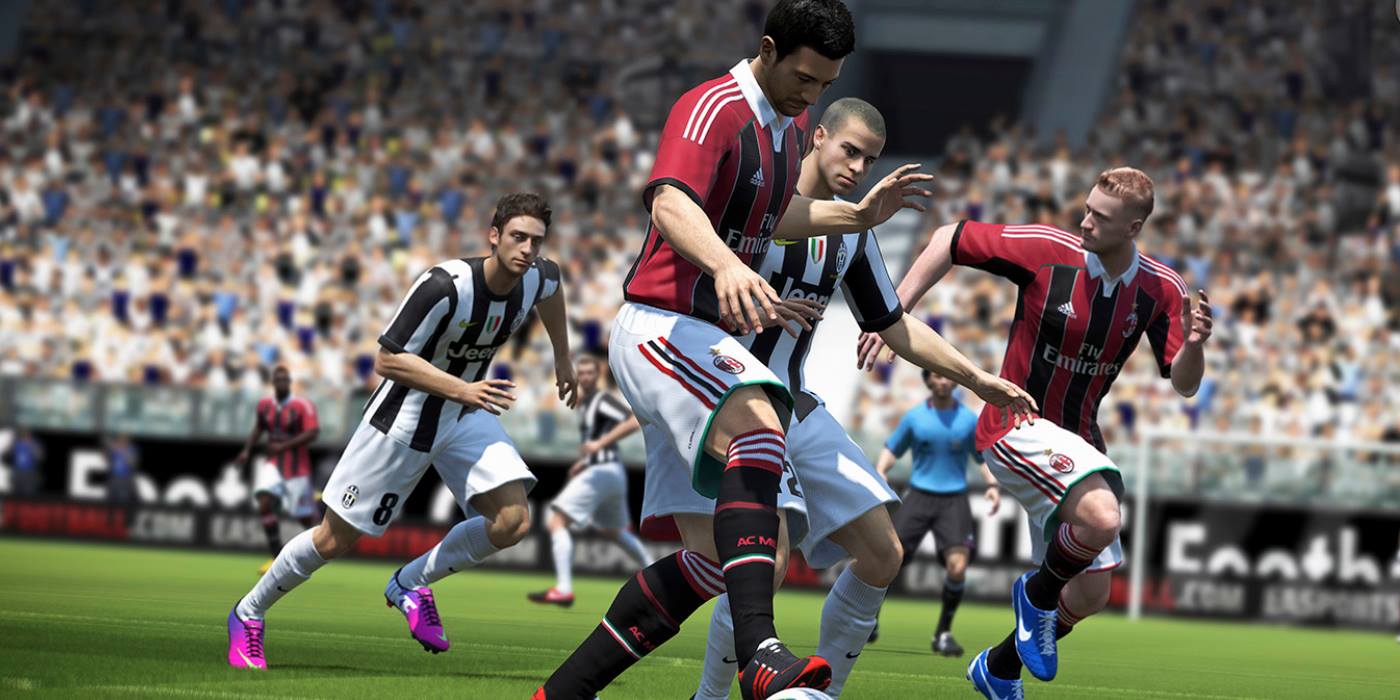 Bang your head against a wall and scream bloody murder; I give you EA Sports’ FIFA Pro Clubs addictive hell!

Those of you who have played Pro Clubs will feel my pain, but for those of you that haven’t played it; let me explain the idea with a FIFA Pro Clubs review. ~ Andy Harmon

You control a single player; he is your pro. You name him, choose his height and weight and edit his appearance – including adding a Game Face.

You then take that pro and join a club. Now that could be a club with your actual friends, or if don’t have any friends, you can apply to someone else’s club.

Once in this club you pick a position and you play matches against other clubs with your teammates.

Depending on how many real players you have in your team, the AI will control any unmanned positions (aka defaults). Or, you can designate one player in your team to handle the unmanned players – this is called an ANY.

…playing Pro Clubs is surely better for your overall health

Playing real football outside with your friends can be tiring.

You may even get injured.

So picking up a controller in the sanctity of your own home and playing Pro Clubs is surely better for your overall health.

On the contrary; may I present to you FIFA Pro Clubs: Addictive Hell!

Starting in the lower divisions, you’ll play against the not-so-blessed teams with the “hilarious” names and stupid haircuts that couldn’t play a game of football if managed by Brian Clough himself.

You’ll invariably run rings around these teams until you reach maybe Division 5, then things start happening.

Suddenly, your defaults – the players controlled by the AI, have all sadly come down with a terrible brain disease, preventing them from rational thought and often the use of their limbs.

The opposition will sprint into your penalty area as you watch your defenders take a casual stroll towards the ball and make absolutely no attempt at a tackle whatsoever.

Better bring the goalie out… oh no, too late, he’s just ran right past the ball and fallen flat on his face.

Your opponent’s shot has missed the target, but alas, your AI-controlled defender has taken it upon himself to take a giant swing at it and shank the ball into the roof of the net.

You’ve conceded a goal. But don’t panic; it’s going to be okay.

Just wait a moment while the opponents celebrate this magnificent accomplishment of an own-goal by doing seventeen backflips and the Gangnam Style dance.

Then wait a moment further as we see 3 slow motion replays of it.

We’ve kicked off again and with a slick passing move – one-twos and pass-and-move, we’re looking like Barcelona.

A through ball is played cutting your opponents defence in half, but wait, who’s this?

It’s not one of your friends played through on goal, it’s a default midfielder with all the attacking prowess of a constipated manatee.

Again it’s too late. Your flowing total-football has been ruined with a shot that makes Chris Waddle’s Italia ‘90 penalty miss look like a slightly unfortunate miscalculation.

But this all feels fine because you’ve seen it happen a thousand times now, right?

Wrong, your 15th controller is embedded in the plasterboard.

It’s looking like a rather depressing modern art piece on human dependency on technology. But you know what? I keep playing.

I think I’ve retired about 25 times now. Our Canadian midfield destroyer has to talk me off the ledge every time we go on a bad run. Then without knowing, we’re on an 8-game winning streak.

Our striker from the Isle of Man, who has gone through more image changes than David Bowie, is now smashing home volleys from 30 yards.

My passes are now reaching their targets. We’re tackling, blocking, throwing ourselves in the way of anything.

Once even a default scored a worldy, his name was R. Presley.

We called him Relvis, he will never be forgotten.

Suddenly I don’t remember those bad times. We’re a team, a cohesive unit of experts in our individual positions. We’re playing for each other; we’re not hollering and screaming – we’re patting each other on the back.

Football is about highs and lows. It’s about teamwork and trust. It’s about effort and enthusiasm. Sometimes it will hurt like hell, but it’s all worth it in the end.

I think this is the only mode on FIFA that even remotely comes close to playing a real game of football.

Ladies and gentleman I give to you, from EA Sports: FIFA Pro Clubs.

See you in Division One.

What Are Your Thoughts?