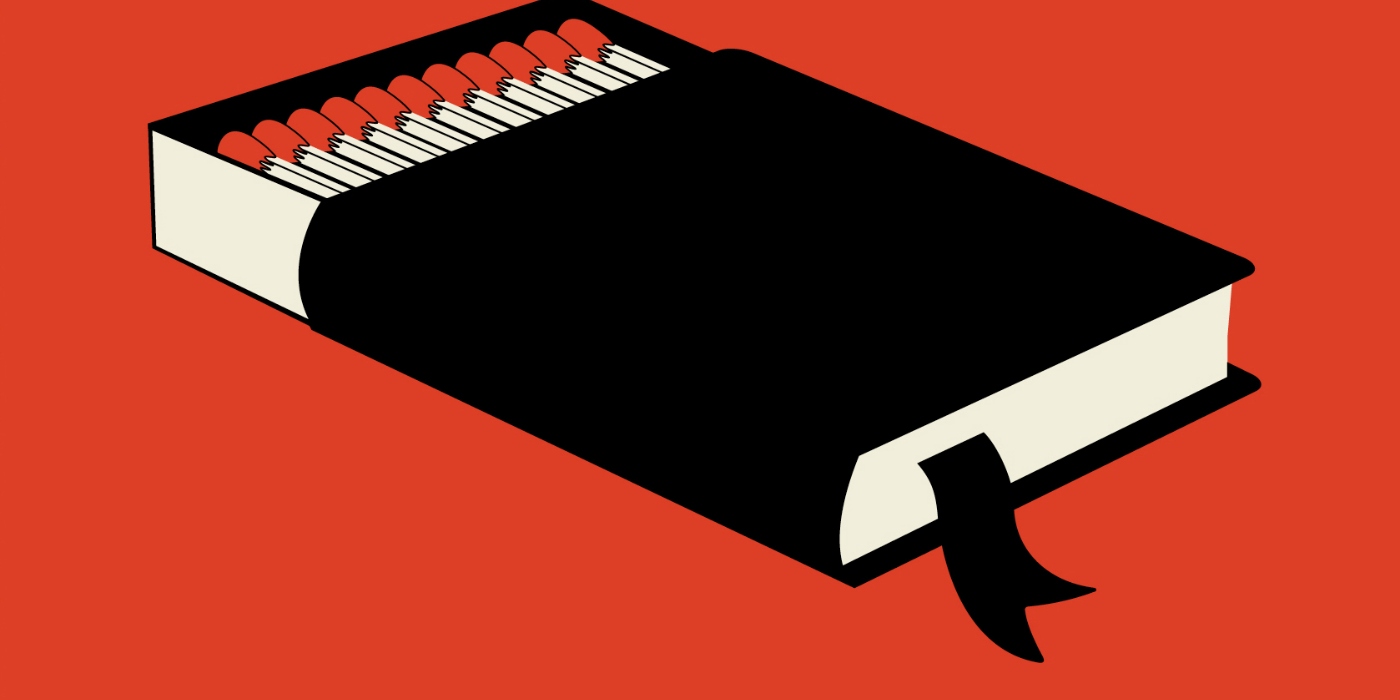 Elements of Dystopia in Fahrenheit 451

There are elements of dystopia in Fahrenheit 451, as well as elements of utopia; although fundamentally, having any elements of the former precludes a society being anything but a pale imitation of the latter.
~ Jonny Sweet

At the opening of Ray Bradbury’s novel, we are introduced to Guy Montag, a fireman living in what is ostensibly a happy, peaceful future town in an unspecified region of America. However, as the book develops, we come to learn that nothing, including Montag’s profession, is at it seems.Little by little, through the introduction of characters both good and bad, we are enlightened as to the darker side of Montag’s society; and, by extension, it holds up a mirror to our own and forces us to ask uncomfortable questions about how perfect our own apparent civilisation is.

In the society in which Montag lives, boredom has been essentially eradicated with the innovation of artificial entertainment.

Soap operas and other mindless shows are pumped onto the “parlour walls” (TV sets spanning the length and breadth of interior walls). Music is absorbed continually through “seashells”; tiny radios inserted into the ear for endless enjoyment. The need to think; to question; to worry; has been all but dispensed with.

Such a carefree existence may sound like paradise to some… so how is Fahrenheit 451 a dystopia?

The crucial question here is which is preferable: blissful ignorance or sentient knowledge? The point is hammered home even more forcefully by the function of Montag’s profession: rather than putting out fires, his role as a fireman is to burn books, effectively ending the exchange of ideas and limiting freedom of thought.

In this sense, Montag’s world is not entirely dissimilar from the London of Aldous Huxley’s Brave New World, about which I have written in more detail and in comparison to George Orwell’s Animal Farm elsewhere on the site.

In Huxley’s London, the population are kept subdued and submissive through recreational sex and hedonistic activities.

Indeed, the drug soma, so effective in Brave New World at keeping its people unthinking, reappears in the more familiar form of sleeping pills in Fahrenheit 451, through which Montag’s wife Millie almost kills herself due to her own brainwashed negligence.

As the novel progresses, it becomes clearer and clearer that far from being paradise, Montag’s world more closely resembles one of the lower circles of Hell.

The Consequences of Free Will

One of the primary ways in which the theme of dystopia in Fahrenheit 451 is explored is through the subject of free will, and how those who exercise it are affected by their choice to do so.

At the opening of the book, Montag meets Clarisse, a recently-moved-in neighbour who first plants the seeds of doubt about the desirability of his life. She is unlike other students in her class and her uniqueness ostracises her from society.

She disappears not long after making Montag’s acquaintance; and although it is not explicitly stated, it is suggested she was killed, and even more subtly implied that her death came about as a direct result of her non-conformism.

We also meet another self-willed female in the form of the anonymous old lady whose house Montag is sent to burn down because it contains illegal books. The lady exercises her free will by refusing to vacate the premise; as a result, she is burnt alive.

Such a morbid response to the exercise of free will confirms Montag’s society as a dystopia; and it is here that he himself turns against his profession and his peers and exercises his own free will.

By stealing a book from the old lady’s house before burning it down, he shows he has rebelled against what society expects. For his trouble, he is ratted out by his own wife.

Rather than accept his fate and be imprisoned, however, Montag takes his life into his own hands and rebels even further, killing his boss Beatty with a flamethrower; symbolically, he uses the very tool of oppression to liberate himself.

After this realisation of his own free will, the rest of the story becomes a manhunt and a race against time to escape from the authorities and from the dystopian world in which he lives.

At the close of the novel, Montag has succeeded in his task by reaching safety among the other literary exiles in the woods. Contrastingly, his former town has been revealed to have been anything but peaceful, since it is bombed into oblivion by an unnamed enemy in an ongoing nuclear war.

Millie and all of the other conformists in the town are annihilated; and despite this ostensibly horrible ending, the tone is actually positive. Rather than being oppressed, imprisoned or killed for standing up to society, Montag has actually escaped with his life and with the hope to create a better tomorrow.

What starts out appearing to be a utopian and idyllic society quickly reveals itself to be a nightmarish dystopia, before it is wiped out by the very oppressive aggression it strived to conceal.

After the nuclear attack, all vestiges of the previous society are eradicated, allowing for the vague possibility of the construction of something closer to a utopia in its stead.

How Far away are we from Fahrenheit 451?

In today’s society, where iPods entertain in the same manner as seashells, home cinema systems play the function of parlour walls and electronic literature is usurping the traditional paperback, are we really that far away from Bradbury’s hellish vision?Vent your feelings below; don’t worry, you thankfully won’t be ostracised, incarcerated or have your words incinerated for doing so.