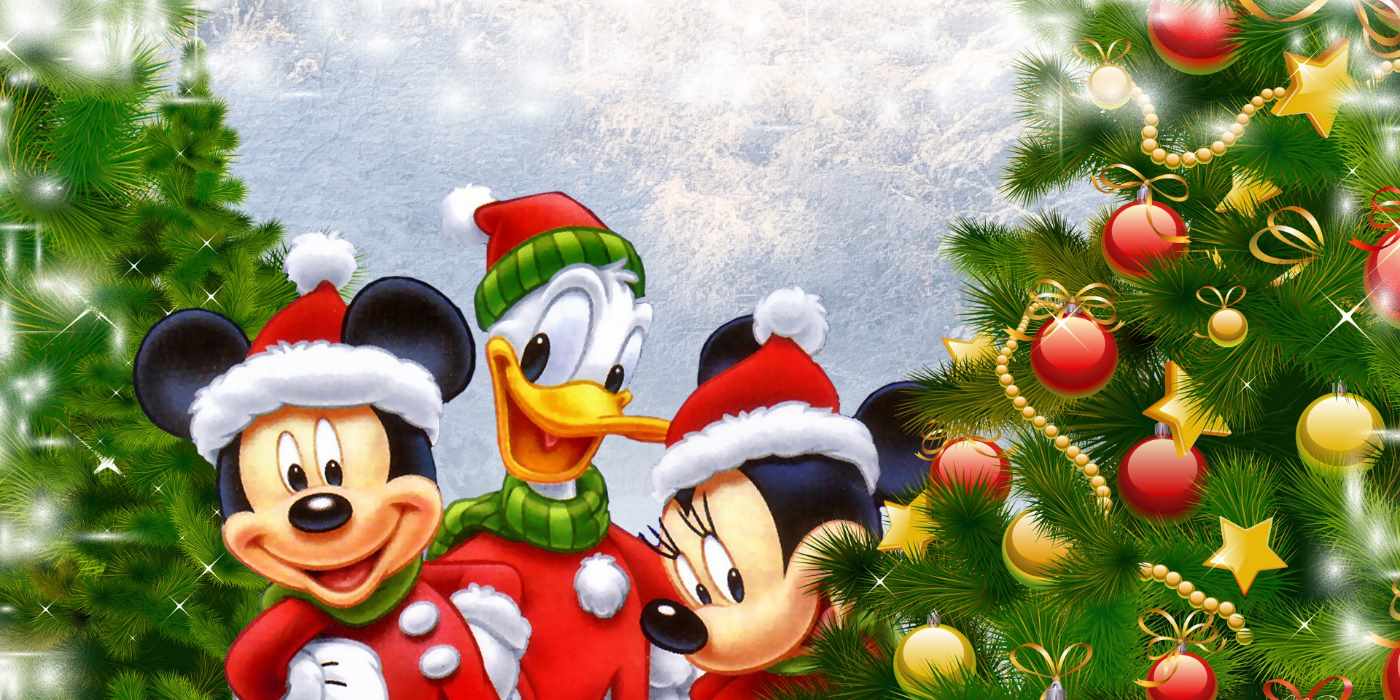 Seasonal cuteness to bring a little Disney magic to your Christmas – from Sing-along Songs nostalgia to Frozen, and everything in between.By Jane Howarth

Full 1 hour 32 min playlist and tracklist on the sidebar.

Christmas is the best time of year for cosy favourites and fun songs, and nothing says cosy and fun like the House of Mouse.
If I could, I’d live in Disneyland from October to December, but so far my dream’s not come true.

So I created this Disney Christmas music playlist full of music to give you that magical Christmas Eve feeling – songs from the snowiest movies, twinkly soundtracks and Christmas favourites covered by Disney stars.

One of my favourite pieces from The Nutcracker, The Russian Dance is also known as that jolly music from A Muppet Christmas Carol (Brian Henson, 1992).

I didn’t see The Nutcracker until fairly recently, but once I finally did, it became a Christmas tradition (and I discovered the non-Henson origins of the Russian Dance).

Muppet overload?  I can’t help it, this song really does feel like Christmas, and like so many Muppet songs, it’s fun for everyone – kids, adults, pets and whatever Gonzo is.

I’ve already covered the Halloween side, so let’s move on.  Danny Elfman is gifted at creating magical soundtracks, and as Valeri agrees, What’s This is one of the greatest Christmas movie songs.

And the sing-along ready lyrics are fun too.  My favourite line is ‘they’ve got a little tree!’, so you know what I’ll be singing as I hang the baubles and try to attach the star using that twisty wire thing.

I know what you’re thinking – there are lots of character-sung versions of this winter classic, and Sinatra is definitely not a Disney character.

But his original recording was included on the Very Merry Christmas Sing Along Songs (Uncredited, 1992) video, and I love a little nostalgia.

A little bit of pure cuteness from two of my favourite characters, Winnie the Pooh and Tigger.

Riding in one horse sleighs is what Tiggers do the best, don’t you know.

Pinocchio is (Norm Ferguson et al, 1940) not traditionally a holiday movie, but just look at those snowy Alpine peaks in the background.

I think the idea of wishing on a star is just perfect for a seasonal track, and I hope you’ll agree.

With its thick banks of snow, fur-trimmed cloaks and a really fun-looking snowball fight, Beauty and the Beast (Kirk Wise, Gary Trousdale, 1991) will always be a Christmas movie to me.

That beautiful music playing during the opening sequence of Beauty and the Beast?  It’s Aquarium from Carnival of the Animals, and here it is!

As a winter person, the cold never did bother me anyway and I would just love to live in an ice palace – catch my Frozen (Chris Buck, Jennifer Lee, 2013) obsession right here.  Yep, Let It Go is going straight onto my Disney Christmas songs mix.

So, are we going to sing along?  I will if you will.

Maybe not my favourite version of Disney’s A Christmas Carol (Robert Zemekis, 2009), but Alan Silvestri’s soundtrack is so festive and magical.

So let’s all wake up to discover it’s early on Christmas morning, we’re Victorians, and we haven’t been swept away by a spooky spirit.  Yay!

Possibly my favourite Christmas song of all time, Carol of the Bells is sung by resort carollers and it’s part of Disneyland Paris’ Christmas show too.  It sends me to that vaguely vintage, small town place that Disney recreates so well – in other words, the perfect setting for a cosy, magical Christmas.

But luckily, you don’t need a Eurostar deal to enjoy this whispery, twinkly piece of winter magic from the Disney Holiday Chorus.

Just what brings that Disney holiday magic to life?  For me, it’s those sparkling-snow compositions, and lyrics that are beautiful, fun or both – and let’s not forget the sweet characters.

Ah, perfect!  Now, I don’t know about you, but I’ve got gifts to wrap…

Was your favourite winter song on the list?  Either way, I hope you enjoyed the playlist, but I’d love to know if there’s a song you want to tell us about.

Have a very merry, Disney Christmas!