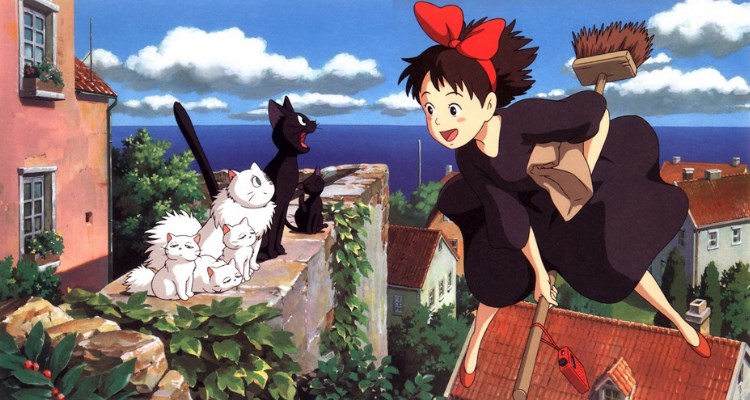 What Makes the Cutest Studio Ghibli Characters So Lovable?

There must be a reason for the sweetest Ghibli characters’ cult following.  They’re perfectly suited to adorable merchandise, and personally, I can’t help but I want to hug them. ~ Jane Howarth
But they’re not always conventionally sugar-sweet, so what makes the cutest Studio Ghibli characters so lovable?
***

Many of Studio Ghibli’s human characters have an everyday cuteness – in other words, they’re endearing and sweet, but ‘normal’ enough that we can see ourselves in them.

Hayao Miyazaki describes the idea behind Spirited Away’s (2001, Hayao Miyazaki) Chihiro: “I wanted to say to girls today don’t worry, it will be all right in the end, there will be something for you”, not just in cinema, but also in everyday life.’

They’re likeable, imperfect but usually trying their best or learning to do better.  And they’re often in a strange environment too – who can’t sympathise with that?

Unlike humans, we expect cuteness from animals, so what’s special about the cutest Ghibli animals?

Kiki’s black cat Jiji, Kiki’s Delivery Service (1989, Hayao Miyazaki), is so cute he’s on merchandise in the film itself, appearing on a mug and as a toy animal. He represents a part of home in a foreign land, a loyal friend, and even better, he can talk.  Generally a pet I would love in real life. But he isn’t just cookie-cutter cute.

Along with Muta, a chubby fuzzball cat in Whisper of the Heart (1995, Yoshifumi Kondô) and The Cat Returns (2002, Hiroyuki Morita), these kinds of cute Ghibli characters also show ‘un-cute’ personality traits like grumpiness, greediness or unavailability.  This is part of the charm too – they’re individuals.

The lesson?  Something doesn’t have to be straightforward to be lovable.

Some of the cute Studio Ghibli characters of the spirit world also share the talent for layered personalities.

The soot sprites are funny little things.  Sometimes they’re shy, scuttling away in swarms. In Spirited Away, the soot sprites in the bath house boiler room are cheeky and inquisitive. As circular little puffs, soot sprites can get away with behaviour we don’t want to see in a main character.

Combining magical abilities, a round, fuzzy form and a stoically silent, reassuring presence is the woodland spirit Totoro in My Neighbour Totoro (1988, Hayao Miyazaki).
‘What are you drawing?’
‘It’s a big Totoro.’
(Mei, My Neighbour Totoro)
But ultimately, it’s easy to define what makes this character so irresistible – Totoro is comforting and, most importantly, nice and squishy.

I know I said layered personalities count for a lot, but let’s face it, squishiness is important too. Why is that remarkable?  Well, when was the last time you wanted to hug a spirit?

What do you love most about cute Studio Ghibli characters?

Which lovable qualities do you look for in a Ghibli character?

Share them here, I don’t want to miss out on any cuteness!