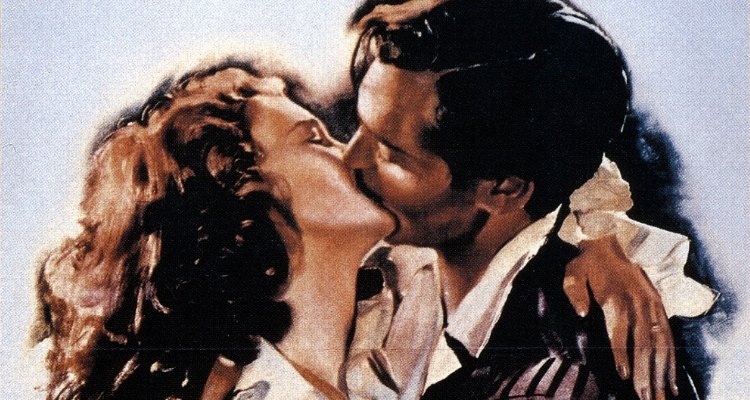 8 Classic Movies That You Should Watch When You Can

Comedies, dramas, thrillers and more – my must-see films from movie history include ‘Thelma and Louise’ and ‘Rear Window’. ~ Jane Howarth

When a film’s been referenced and parodied over and over, you get the feeling you’ve watched it already. But how awesome would it be to watch the whole movie, and find out what you’ve been missing out on?

There’s only one way to do it – finally getting round to those classic movies that you must watch.

If you love classic movies as much as I do, you’ve probably seen a fair few of these already.  Curious about which ones I’ve picked?

Read on, we can compare notes!

My Pick of the Classic Films everyone should have Seen

In my opinion, these are the classic films everyone should see.

So here they are.

My favourite Marilyn Monroe movie, and maybe yours too?

After accidentally witnessing a mob shootout, Tony Curtis and Jack Lemmon are musicians on the run.

There’s so much more to this movie than that image of them running down the railway platform in drag.

Sure, it’s funny, but what makes it really effective?

Their cross-dressing shenanigans don’t come across as some thin excuse for a laugh.  Some Like it Hot’s mobsters are so sinister, I can totally believe this plan is the musicians’ only viable getaway.

I never understood the Susan Sarandon fandom.  By the time I was watching her movies, it seemed like they were all pretty standard stuff.

And then I saw this one, and I totally got it!

Don’t mistake it for a chick flick.

If anything, screenwriter Callie Khouri’s most famous movie focuses on the so-not-fluffy crime, thriller and meaning-of-life issues – but it never forgets that the main characters are women either.

This movie might be twenty years old, but have you seen another great road movie with female leads?

I can’t name one (hey, if there’s something I’m missing out on, let me know!).

And I’m not the biggest Kubrick fan.

So why would I recommend one of his signature films?

Regardless of your love/hate for Kubrick or Sci-Fi, this is one of the classic films everyone should have seen.

Space race era 2001: A Space Odyssey takes a strange and chilling look at artificial intelligence, humanity’s place in the universe and moon exploration in the then-future.

You’ll just have to watch and find out!

TV has parodied the plot for years, so I’ll keep it short.

Like James Stewart’s temporarily housebound character, it’s hard not to get drawn into what looks like a murder seen from across the courtyard.

Why is the window so important?

The audience doesn’t really see anything the protagonist can’t, so if you’re wondering what’s going on behind that curtain?

With no reverse shots from the other side, you have to keep on guessing.

Sidenote – Grace Kelly’s costumes are gorgeous.  And she’s so elegant you’ll want to sign up for deportment lessons as soon as the movie ends.

I know, it’s indulgent, but what can I say?  He made a lot of great movies – and not just in a ‘you’re supposed to like them’ kind of way.

Like Rear Window, North by Northwest is impossible to look away from.

Accidental fugitive Roger finds himself forced to go on the run across America, pursued by enemy agents and the police.

Please tell me you’re at least a little curious to see a gun-toting chase across Mount Rushmore?

If you’ve only seen Clark Gable in Gone with the Wind, you’re missing out.

His cheeky newspaper man on a bus ride in It Happened One Night is hilarious.

Don’t be put off by the fact it’s a black and white movie – this film is honestly faster-paced and funnier than most comedies of any era.

Maybe period dramas aren’t your thing (maybe they are!  I hope they are), but whatever your usual taste, this movie is worth seeing for spectacle alone.

It’s rumoured to have been shot using every Technicolor camera available in Hollywood.

Last but not least, Hattie McDaniel’s Oscar win was a landmark moment for civil rights, even if there was still a long way to go.

Three hour movies can be a bit of a commitment.

But unlike some newer, lengthier movies – I’m looking at you, The Hobbit: An Unexpected Journey (2012, Peter Jackson) – there’s an interval!

A perfect opportunity to microwave some popcorn and play usherette.

‘Watch out for that first step, it’s a doozy’

At two decades old, it’s fair to say this is a classic.

I love everything about Groundhog Day, and there’s not a thing I would change.

The simplicity it lends to a complicated concept.  The timing.  Ned Ryerson. Phil the groundhog. That ‘ugh’ feeling when Sonny and Cher start playing again.

How often can you say that about a movie?

And there you have it!

I hope you agree that these are some of the must-see classic movies.

Take a look at these essential musicals too!

The Last Word in Classic Films everyone must See?

I bet there’s a great classic movie you love that didn’t make my list.  Maybe you were waiting for it, and it never appeared?

So what would you add?

But wait… maybe I’m wrong, and one of these classics make you must-avoid list instead.  If you’ve been dodging these classic movies that you have to see (gasp!), why so?

Let’s chat about it!