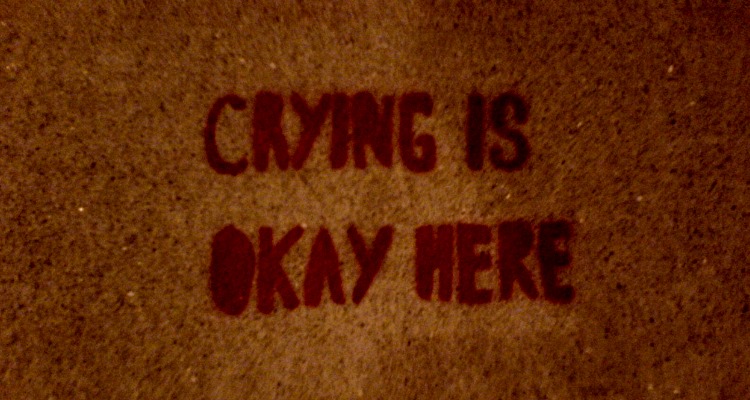 Good Books To Read That Make You Cry When Feeling Blue

Sometimes you want to cry!

It can seem a little indulgent but there is a kind of beauty in crying over a book.

There’s something universal and unifying in being moved by a piece of literature.

There is a kind of beauty in crying over a book

You are lifted out of your own life and into another’s – and though that may be fiction there is a truth to it.

One that evokes real emotion.

In this case sadness.

So what do I suggest for books to read that make you cry?

Perhaps you’ll consider this an unusual choice as it’s categorised as children’s fiction.

But the fact that I’ve included Goodnight Mister Tom here is an indication of the impact this book had on me.

And it’s an honest answer to which are the best books to read that make you cry.

It is such a powerful and moving story

It is such a powerful and moving story that it really should be without any age guidelines.

I was a young adult when I first read this and as far as I recall this was the first book that ever made me cry.

As a fully grown adult now, it still does.

Willie is a damaged little boy sent as an evacuee to stay with the reluctant Tom.

Tom is surly and insular never having recovered from the death of his wife and the arrival of Willie sees the two of them begin the journey to healing.

I can’t say too much without spoiling this as a potential read for you but I was truly shocked by the events in the book.

And with that came very genuine tears.

And with that came very genuine tears

It’s incredibly moving and remains a beautiful tale of the softening of a hardened man as he tries to nurture a terribly hurt child.

While it is accessible to young adults the themes of grief and loss transcend age and it’s a great book regardless of what shelf you’ll find it on.

This is definitely one of those books that make you cry your eyes out.

This novel is  moving from the outset.

It’s a brave idea for a story and brilliantly told.

Narrated by a little girl who has been raped and murdered it is tear-jerking from the first page.

A brave idea for a story and brilliantly told

With subject matter like that you wouldn’t think of it as an enjoyable read, but it is.

It’s very cleverly written, managing to sustain a gripping plot alongside the huge issues of death, loss and the afterlife.

But bizarrely it has such truth to it.

Sustain a gripping plot alongside the huge issues of death, loss and the afterlife

As Susie watches her family struggle with grief from her own personal heaven you cannot help but be moved to tears by the pain of their separation.

And it’s gentle philosophy on life, love and death is sensitively told.

Gentle philosophy on life, love and death is sensitively told.

Not only do we feel the loss of the family on earth, we see Susie watch life unfold below her – one that she will never have.

All so beautifully expressed by Sebold.

Here Susie begins to let go of the life she has lost and to understand the magnitude of loss itself:

“These were the lovely bones that had grown around my absence: the connections—sometimes tenuous, sometimes made at great cost, but often magnificent—that happened after I was gone. And I began to see things in a way that let me hold the world without me in it.”

I had quite a few contenders for best books that will make you cry!

Your Best Books That Make You Cry

So if my two starting recommendations aren’t enough then dip in to the selection and stock up on tissues.

And let us know …