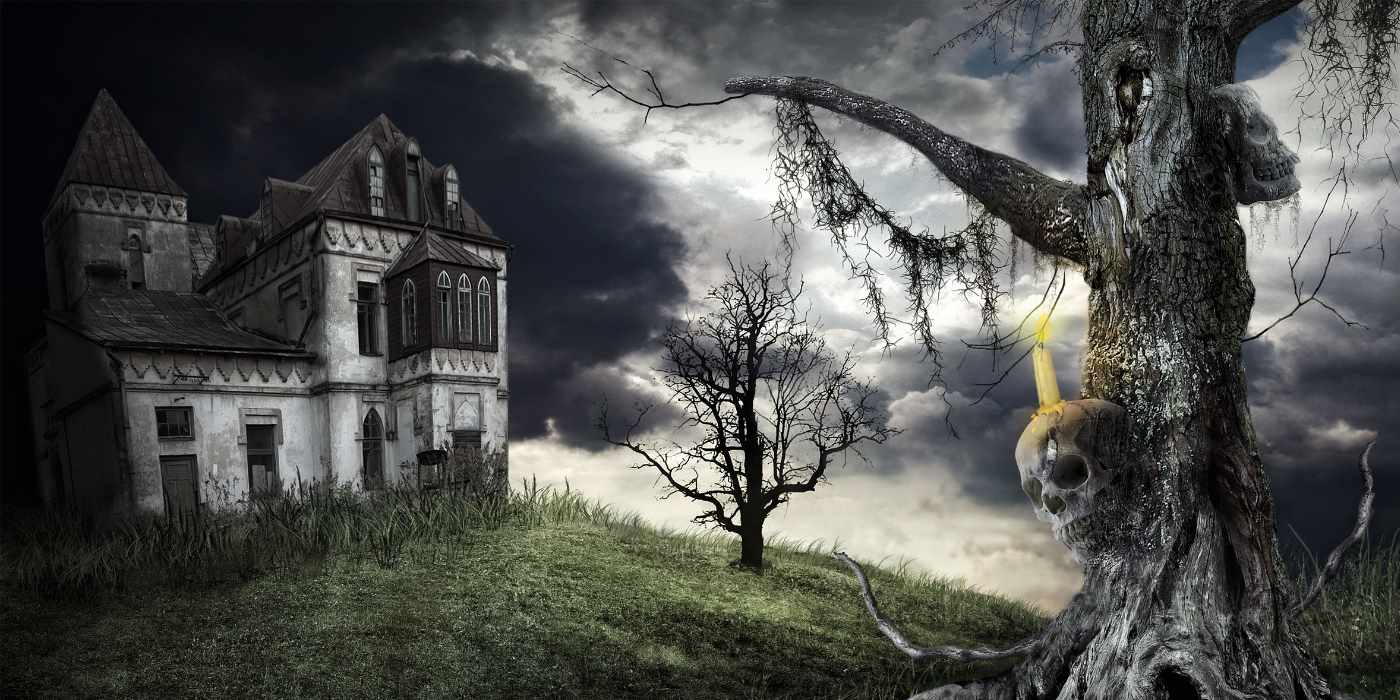 R. L. Stine is the master of horror for the younger generation in the same way that King is for adults.
~ Helen Maloney

Who hasn’t read, enjoyed and been spooked by a Goosebumps book?

If you’re/you were addicted to Goosebumps, then I have more creepy books like the Goosebumps series for you to enjoy too.

I have so many fond memories of devouring Goosebumps like chocolate, one chilling tale after another, curled up in a chair and not able to put it down until it was all over.

I’m sure I’m not the only Goosebumps fan who moved into adolescence and adulthood looking for that same something, for other authors to give me similar shivers. 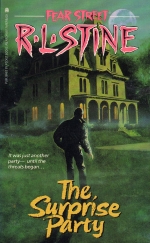 Obviously, I must mention Stine’s follow up series for teens and young adults: Fear Street.

As its for older readers, he can explore the spooky side of things with a little more depth, add a little more darkness and aim for that slightly more mature audience.

You’ve got similar types of thrills and spills – although a lot more focus on the darkness within us, rather than monsters – there’s still the same type of things going bump in the night and lots of fatal accidents (naturally). 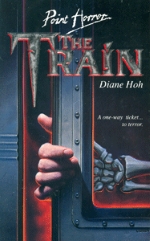 Like Fear Street, Point! Horror is aimed at a more young adult audience but the main difference is that there are a variety of writers, although Stine does make an appearance, so readers may discover new authors to enjoy and new styles they like, through reading this series.

I especially enjoyed those by Diane Hoh and Richie Tankersley Cusick, but would recommend the whole series for Goosebumps lovers.

There are so many thrilling tales to enjoy.

There are deadly secrets, fatal accidentals and cruel pranks, ex’s who don’t want to let go, serial killers on the loose, terrifying babysitting tales, secret admirers and so much more.

SIMILARITY MATCH: 85%
With Stine contributing many of the tales in this series, we’re guaranteed to have an enjoyable and addictive read, but again these are written for older readers and there are many stories written by other writers.
***
‘Horowitz Horror’ (Anthony Horowitz, 1999) 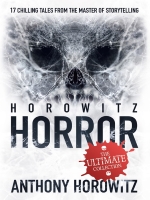 Horowitz as a collection of sinister tales, many of which based around everyday objects, to spook us.

There’s a haunted old bath, a killer camera, a computer that works without being plugged in, horrible dreams, and so much more.

There’s also a sequel collection, so you can go on another scary ride.

Told in Horowitz’s distinct style, if you like these, then he has some more comic/black humour tales as well, such as Granny.

SIMILARITY MATCH: 85%
The tales are shorter and there are many repeated elements and themes (but we can say that about Goosebumps) but they are written for the same age group as Goosebumps and are designed to spook you and scare you and make you a bit nervous about the objects and people around you.
***
‘Wait Till Helen Comes’ (Mary Downing Hahn, 1986)

13 year old Molly has her plans for the summer ruined when her mother and step-father buy a renovated church in the middle of nowhere. All is not right within the family however, as Molly’s new stepsister enjoys causing tension and making everyone miserable. Things get worse when they find a mystery grave and no one believes Molly about the ghost her stepsister is talking to…

SIMILARITY MATCH: 80%
Like ‘Goosebumps’, ‘Wait Till Helen Comes’ has a creepy setting and the tension builds fantastically until the big crisis, however there is more time given to the family issues.
***

The following few books have similar themes but aren’t quite the spooky stories that ‘Goosebumps’ are.

Nobody narrowly escaped being murdered alongside his family by toddling into the graveyard, where some kindly ghosts adopted him. He has an interesting and unique childhood, raised as he is by ghosts from distant ages, learning to read gravestones and about all the creatures of the night, such as ghouls and night gaunts.

Neil Gaiman is a popular author who writes books on various topics including fairy tales and the supernatural, but horror is not his primary genre. It doesn’t stop his books from being creepy, mysterious and thrilling tales of adventure and discovery.

Similar to ‘Goosebumps’, all manner of dark and typically scary creatures appear within these pages, yet they aren’t always what they seem and sometimes it’s people who are the most evil.
***
‘The Time of the Ghost’ (Diana Wynne Jones, 1981)

Our narrator is bodiless, without memory of who she is or what has happened, but she soon discovers there is something really wrong and dangerous about to happen. She learns she is one of your sisters and she spends her time alternatively trying to warn them of what is heading their way and figuring out how to get back to her body.

This is one of Jones’ darkest and creepiest novels and there are some more mature themes woven into the story. Jones doesn’t usually write a book like ‘Goosebumps’, typically writing more light-hearted fantasy novels, so this is definitely worth giving a go.

As in ‘Goosebumps’, the tension builds slowly as we begin to discover what evil is afoot, yet we are hooked all the same, nevertheless this tale is distinctly grimmer in nature.
***
‘Thirteen: 13 Tales of Horror to 13 Masters of Horror’ (Various, 1991)

A series of short stories written by various authors, including R. L. Stine, Christopher Pike and Diane Hoh. This means that you get a variety in the topics and themes covered and the writing styles used. While there may be stories which you enjoy more than others, there are plenty here to keep you entertained and occupied.

From receiving messages from a dead girl to vampires, from lethal candy to dolls that come to life and from hypnotism gone wrong to messages from possible serial killers, this book is a collection of creepy and cliché stories.

Like ‘Goosebumps’, we have a book covering a range of topics and themes, many of which also appear within the ‘Goosebumps’ world, but the various authors creates different styles.
***

If you were a Goosebumps fan when you were younger, you may be looking for an author who writes for adults in that same gripping style that carries you through page to page, book to book, in an addictive, fear-filled, emotional ride.

I have some authors below who write similar books to Goosebumps. 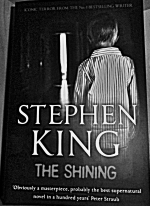 King is the acclaimed ‘master of horror’ so I probably don’t need to do much selling of his work as you have probably already heard of him and his classic tales, such as Carrie (1974), The Shining (1980), IT (1986) and so many more – a good proportion of which have also been adapted for TV or film audiences.

If you like your stories scary, then King no doubt has something for you.

There’s dead children being resurrected, vampires, a haunted serial killer car, an unearthly mist, deadly curses, a gunslinger on an epic quest… the list goes on and on.

SIMILARITY MATCH: 80%
Writing for an adult audience allows King to achieve a deeper and more darker tone than Stine, but in his books, you’ll find a similar pace, a similar build up tension and suspense, that draws you in and won’t let you go, making them as unputdownable as Goosebumps.
***
James Herbert 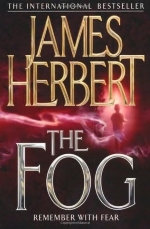 Like King and Stine, Herbert has been writing for decades and has gained a reputation for writing fabulously spooky stories.

Like Stine, we have a plethora of themes and stories, many of which are re-imaginings of familiar ideas – for example, a darker play on ‘once upon a time’ and haunted houses.

SIMILARITY MATCH: 75%
These stories can be scary, they can be addictive and they can leave you feeling uneasy afterwards, however, they’re also darker than Goosebumps and definitely not for younger audiences with the sex scenes and the gore/gruesome elements.
***
H. P. Lovecraft

You may or may not have heard of this author. Although his books are typically labelled as sci-fi or fantasy, that these are terrifying tales with the slow build-up of momentum cannot be denied. If you want a story to keep you awake at night or give you nightmares, then read ‘The Call of Cthulhu’ with its entity of unspeakable evil, ‘The Thing on the Doorstep’ with the despair and ‘The Dunwich Horror’ with its dark rituals.

While Stine and ‘Goosebumps’ is often a personal account where we take part in the action, Lovecraft tells his stories through journals and newspapers, yet this doesn’t stop his use of suspense and tension from being similar to Stine’s.
***

If so, what were your thoughts?

Do you have any other series, stand-alone novels or authors who write similar books to Goosebumps to recommend?

We look forward to hearing from you and trying your ideas.