10 Gripping Books like The Girl with the Dragon Tattoo

It’s impossible to discover another Lisbeth Salander or Holmqvist, right? Right. But you can discover similar authors or characters, inside good books similar to The Girl With the Dragon Tattoo. Whether it’s the unique Scandinavian tones, or the unforgettable main characters, we’ve come up with a list that should satiate at least a few Larsson fans.

So…What books Are like The Girl with the Dragon Tattoo?

Some lists limit themselves by trying to include all of the same elements as The Girl with the Dragon Tattoo. Not every reader likes the same exact things about the book though. Which means we’ve included some Scandinavian writers, of course – for the tone.

A few books with strong heroines.

Several that deal with uncomfy themes.

And a surprise or two thrown in.

You can find some great movies like ‘The Girl with the Dragon Tattoo’ in this article. 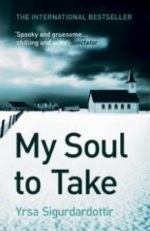 “I must say that’s unusual for Iceland. Murders here are generally committed in the kitchen, when two drunks start fighting and one of them grabs a carving knife.”

Lawyer Thóra Gudmundsdóttir is enlisted to represent the chief suspect in a crime. A woman was found beaten with her feet mangled at a spa; the owner is accused.

In Sigurðardóttir‘s novel, Thóra’s also dealing with her family life (her son’s run off with his pregnant girlfriend) and the reputation of the spa’s property (that it’s haunted).

Strange things do happen, and My Soul to Take peaks when they all go back to an event in 1945.

SIMILARITY MATCH: 90%
Thóra is relatable yet odd; the story moves swiftly, leaving you guessing; and the Icelandic tone of the prose is very much like Larsson’s.
***
‘The Wind-Up Bird Chronicle’ (Haruki Murakami, 1994-1995) 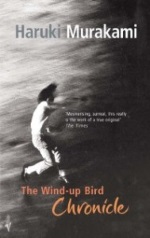 “The better you were able to imagine what you wanted to imagine, the farther you could flee from reality.”

Toru Okada has marital problems with his wife Kumiko he’s been ignoring. He goes out searching for his cat and comes across the enigmatic May Kasahara, a teen girl skipping school and they become friends. His wife then goes missing and he decides to investigate.

As he searches throughout The Wind-Up Bird Chronicle, with the help of Malta Kano (a psychic) and Lieutenant Mamiya, etc. the feelings of loneliness and alienation increase, as do the horrors of WWII revisited from a Japanese soldier’s experience.

Murakami‘s book is one of the best books like The Girl with the Dragon Tattoo due primarily to its excellent and compelling narrative.

*Note: Another suggested read, if you enjoyed this one: Kafka on the Shore.

SIMILARITY MATCH: 85%
It deals with an older man/younger woman dynamic; it’s a conspiracy-detective story; and the humanity of the characters really shine through. It’s dreamier than Larsson’s writing, but still gripping.
***
‘Miss Smilla’s Feeling for Snow’ (Peter Høeg, 1992) 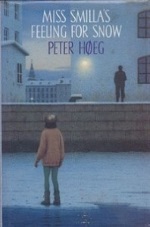 “There’s a look of mischief in his eyes. “Smilla, why is it that such an elegant and petite girl like you has such a rough voice?”

“I’m sorry,” I say, “if I give you the impression that it is only my mouth that’s rough. I do my best to be rough all over.”

The heroine of the novel is Smilla Qaaviqaaq Jaspersen, a 37-year-old former scientist.

Isaiah dies and she’s convinced it wasn’t an accident. No one in authority listens to her – in fact, they’re more than unhelpful. She enlists the help of another neighbor (a mechanic named Peter) and despite attempts on her life she follows the truth to its source.

This is clearly one of the best books like The Girl with the Dragon Tattoo.

*Note: A film was made: Miss Smilla’s Feeling for Snow.

SIMILARITY MATCH: 80%
Smilla is completely unique; introverted; and much stronger than she realizes. She’s an outsider. The core of the story is based on a possible conspiracy – and the fringe characters are firmly drawn.
***
‘The Shining Girls’ (Lauren Beukes, 2013) 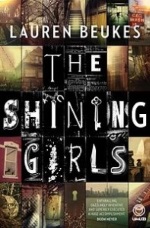 “Affectionate violence. For when a hug just won’t do. That’s a Hallmark card for you”.

Harper Curtis is a man who stumbled upon a house that enables him to travel in Chicago’s timeline. From the 1930s to (almost) nowadays, he enjoys himself immensely.

There’s only one catch: in order to travel, he has to kill off girls with unusual potential. One of the girls survives. Enter: Kirby Mazrachi, one of the ‘shining girls.’

After her near miss with death she gets angry – and the hunted becomes the huntress.

Personally, I think that The Shining Girls is one of the greatest links between Beukes and Larsson.

SIMILARITY MATCH: 80%
The heroine, Kirby, has a razor-sharp mind, is resilient, and is hell-bent on getting revenge. Very Lisbeth reminiscent.
***
‘The Water’s Edge’ (Karin Fossum, 2010) 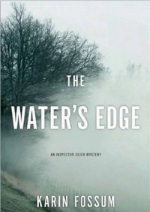 “For the best part of an hour, the vicar had built a fragile construction of comfort and resignation. Now she tore it down. She screamed and she demolished it and people could no longer mourn with dignity.”

A couple taking a walk pass by an odd-looking man and then come across a small boy’s body.

The husband (Reinhardt Ris) then does something unnerving: he takes photos with his phone before the police arrive.

He becomes obsessed with the murder, which puts a strain on his wife Kristine.

Detectives Jacob Skarre and Konrad Sejer investigate and discover complex and residual ties between people. It carries over and affects their personal lives.

Other recommendations of Karin Fossum are here.

*Note: This book deals with some difficult topics: specifically child abuse and paedophilia.

SIMILARITY MATCH: 70%
It’s an emotionally dark mystery that focuses on the connections between people; how they deal with intense situations; and what happens when people aren’t who they seem to be.
***
‘Out’ (Natsuo Kirino, 1997, English 2004) 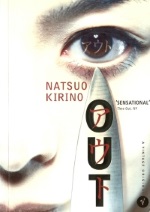 “I want to go home.’ The moment the smell hit her, the words came into her head. She didn’t know exactly what home it was she wanted to go to, certainly not the one she’d just left. But why didn’t she want to go back there? And where did she want to go? She felt lost.”

In Out, four women work the night shift at a box-lunch factory in Tokyo. They each have their issues.

Masako, the unspoken leader, is distanced from her husband and son- and she has a dark side. Yoshie is the mouse, taking care of her children and crippled mother-in-law. Kuniko is the just-dumped airhead who makes a mess of things. And Yayoi is the abused wife of a drunk gambler and mother of two.

Yayoi loses it and kills her husband. The other 3 women eventually help her get rid of the body parts, but they get discovered. They begin blackmailing. And a criminal has an axe to grind with them.

*Note: The violence is quite gory; not for the faint-of-stomached. You can find the Japanese film version here. 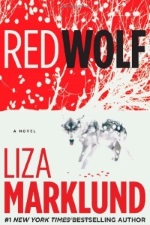 “And I hear angels,” Annika said, taking a deep breath. “They sing to me and sometimes they talk to me. As soon as I get stressed they start up.”

Markland‘s Annika Bengzton is a reporter for a large Stockholm newspaper. When a fellow journalist gets killed, she begins investigating and connects it to a 30-year-old crime. The closer she gets to solving it, the more murders there are.

At the same time in Red Wolf, she’s juggling her personal life with a philandering husband and the slight possibility she might be going mental from the voices in her head.

*Note: It’s the 5th book in the series with Annika; you might want to start with the first: Exposed.

SIMILARITY MATCH: 70%
It’s got that same Swedish vibe and tone to it. The heroine is fractured yet diligent and seeks the truth no matter what. Similar to Lisbeth Salander.
***
‘A Snowball in Hell’ (Christopher Brookmyre, 2008)

“And what is it with these fucking people and teenage virgins anyway? Have they ever actually shagged one? I have, more than once, and none of the encounters would appear on my list of sexual highlights.”

Angelique de Xavia, a Glaswegian detective, is called in on a case because of her ties to the suspect/killer Simon Darcourt. Once an assassin, he’s now running his own live reality show online by getting rid of B-list stars according to the public vote.

Brookmyre‘s character might be a little cynical about her job; she might have a weird romantic life; and she might even secretly agree with offing some of the most obnoxious celebrity hounds.

But she’s still a copper and she still has a grudge to take care of with Darcourt.

The other two Angelique novels are: A Big Boy Did It and Ran Away and The Sacred Art of Stealing. 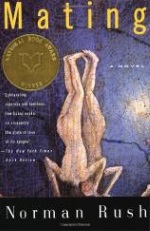 Nelson adored glass. Blowing it, casting it, it didn’t matter: he loved it. If I had pressed something home on this subject it might have had a clarifying effect.

The main character is unidentified for the most part; you find out she’s a grad student of Anthropology in Botswana (she’s American) and that she is the loneliest of lonelies.

A fellow American anthropologist, he’s created an ideal matriarchal society for abused African women in the Kalahari Desert. She decides to go on a quest to find him, her ‘perfect companion.’

Rush‘s Mating is a great book to read if you like The Girl with the Dragon Tattoo.

SIMILARITY MATCH: 60%
There are two main characters (the Narrator and Nelson) who are both misfits and highly intelligent. The mystery of Nelson and his society are what accelerates the plot..
***
‘The Redbreast’ (Jo Nesbø, 2000) 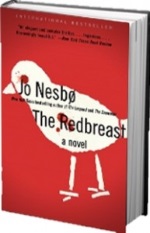 “I didn’t think I could tell you that at the time–it would only have been asking for more fights–but I was so proud I could have wept. You were brave, Harry. You were scared of the dark, but that didn’t stop you going there…”

There is a subplot involving a crime committed in WWII, which comes into play later in the story.

It’s definitely a similar book like The Girl with the Dragon Tattoo; Nesbø captures the very same grim setting in The Redbreast as Larsson does.

*Note: It’s the 3rd in the Harry Hole series; you may want to start with the first: The Bat.

SIMILARITY MATCH: 50%
It deals with very relevant local issues to Norway; it involves conspiracy; and the overall tone and pace match.
***

What great books like The Girl with the Dragon Tattoo would you recommend? Do you agree with our list? Why (not)?