If you’d like to find another hilariously written diary that will make you laugh out loud or ponder the mysterious ways of others, you’ll have to check out these: The Secret Diary of Adrian Mole, Aged 13 ¾ (Sue Townsend, 1982), Angus, Thongs and Full Frontal Snogging: Confessions Of Georgia Nicolson (Louise Rennison, 2001) and No! I Don’t Want to Join a Book Club: Diary of a Sixtieth Year (Virginia Ironside, 2007). ~ Roxanne Sancto

A lot of single thirty-something women found themselves strongly relating to Helen Fielding’s Bridget Jones in 1996. But it wasn’t until the movie appeared in 2001 that we got a real sense of who this clumsy, awkward Bridget really is.Her diaries were hugely entertaining. Whether she was contemplating her fat and cigarette intake or putting on a Madonna-esque show in a Thai prison cell, she always knew how to make us scream with laughter.

It’s been a long time since we’ve heard anything about Bridget and her prince charming, Mark Darcy, so until we’re blessed with her next round of adventures, here are some funny books like Bridget Jones’s Diary to tide you over!

And if you’re rather in the mood for a movie, check out these films, all similar to ‘Bridget Jones’s Diary’ in one way or another. 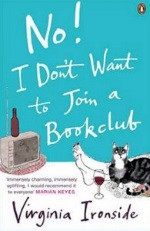 Some people hit their sixties and decide to go out and do all the things they never had the time to do – travel, bungee jump, learn a new language. Marie Sharp on the other hand agrees with her neighbour and wants to be “tekkin’ it eezee, man.”

While she’s set on getting in to “old” things, a whole series of new things are happening: She’s about to be a grandmother, an old crush has reappeared in her life and her best friend is taken ill. So much for taking it easy!

If you’re looking for books similar to Bridget Jones Diary but for the over sixties, this one is for you!

Bridget Jones for the over sixties! 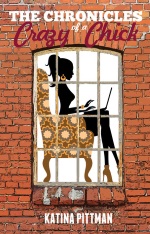 The dating life can be hard, frustrating and sometimes even downright scary. In The Chronicles of a Crazy Chick, Katina Pittman offers an honest account of the highs and lows of dating and says:

“I want the words in my book to be the good girlfriend who reminds  the reader that we all have moments of questionable sanity in the quest for love.”

Katina goes out in search of….something, post-divorce. She shares with us the discoveries she has made in the online dating world and her experiences with a sexless relationship. This is a fun, easy read!

Bridget’s dating adventures weren’t quite as peculiar as Pittman’s, but we could totally see them sharing coffee and complaining about being single. 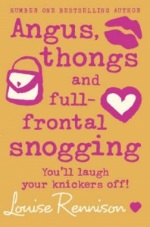 The title alone is brilliant and makes you want to know more about Georgia and her full frontal snogging experiences. Georgia and her Wildcat, Angus, are always getting up to mischief. When Georgia’s BFF Jas starts going out with Tom, she finds herself intrigued by his brother Robbie.

But Robbie is going out with “Slaggy” Lindsey who wears jelly pads in her bra. Lindsey thinks no one knows, but Georgia has discovered her secret. Will this important information help her get closer to Robbie?

There are ten books in the series of the confessions of Georgia Nicolson and a separate series concentrating on Georgia’s cousin in The Misadventures of Tallulah Casey (2010, 2012, 2013).

If you liked this book you will probably love the movie and these other films similar to ‘Angus, Thongs and Perfect Snogging’.

Georgia Nicolson is the Bridget Jones for teenaged girls. 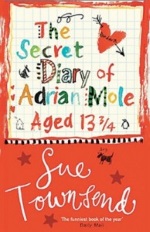 When I was about fourteen years old, I had a really cool English teacher who made us read The Secret Diary of Adrian Mole, Aged 13 ¾ in class. We all loved it, but for obvious reasons, the boys related to it better than the girls.

Adrian Mole is a thirteen year old aspiring writer, err, sorry no, a great writer. His novel Lo! The Flat Hills of My Homeland, never really takes off and his idea for a comedy programme based on a white van serial killer doesn’t rock the BBC’s boat.

There are eight Adrian Mole books in total and while they are all witty and humorously written, they also tend to examine difficult subjects such as divorce, betrayal, abortion and the inevitable teenage angst. 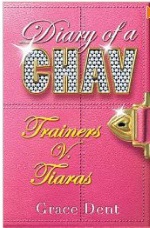 If you are currently sporting the Croydon face lift, are wearing golden bling and are convinced everyone is trying to give you “cheek”, you might be able to relate to Essex Chav Shiraz.

A book for all those sporting a Croydon face lift

Shiraz’s mother Diane doesn’t seem to have high hopes for her daughter. Shiraz’s life consists of hanging around outside Claire’s Accessories and taking her ever-farting Staffy out for walks; but that doesn’t mean she doesn’t have dreams…

If you’re looking for raw and charming characters living the Chav life and keeping it real, you’ll love this book!

The only thing Shiraz and Bridget share in common is that they are both extremely funny. Other than that…we don’t see Bridget dolling herself up with fake golden bling anytime soon!

We all love reading diary style books because we really feel we get to know the characters and their most intimate thoughts. If you’d like a diary a little more challenging, you will enjoy The Curious Incident of the Dog in the Night-Time by Mark Haddon. Christopher is a fifteen year old boy who finds it difficult to understand the people and the world around him. When the neighbour’s dog Wellington is found speared by a garden fork, Christopher is adamant to find the killer.

An extremely special book written in a unique and ambitious manner

This is an extremely special book written in a unique and ambitious manner. Using numbers and illustrations, Christopher finds a way to make sense of the mysterious incident surrounding Wellington.

So what are your favourite diary style books?