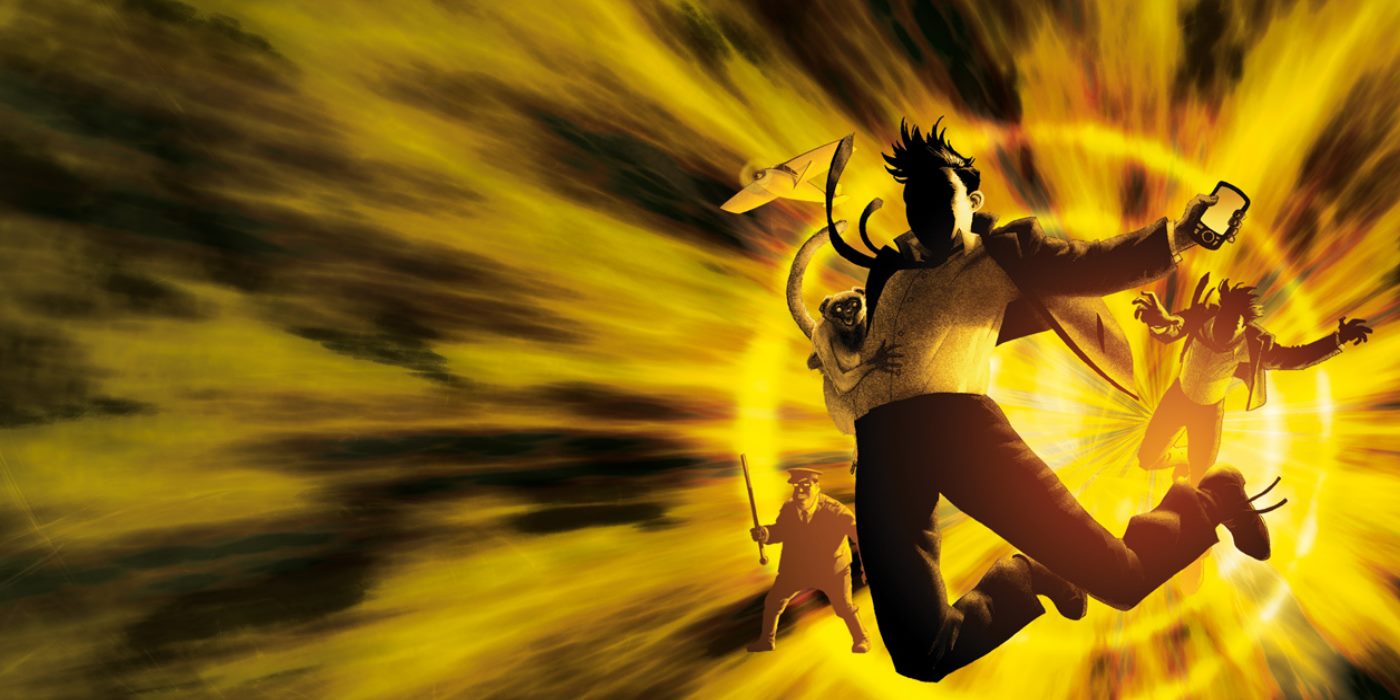 Artemis Fowl is a series full of humour, adventure and magic. ~ Helen Maloney

Each tale is as unique as its predecessor and quite unpredictable. Full of recognisable (yet in many ways new) characters, including centaurs and gnomes, you’re always in for a surprise.Why not pick up one of these titles, if you want to enjoy more books like Artemis Fowl?

I’ve eagerly following the exploits of Artemis Fowl for a number of years. Colfer is partly responsible for my keen search for fantasy that’s a little different, for other worlds that are unique like this one. If you like Artemis Fowl, similar books are listed below for you to try and enjoy.

Delaney has created a world to rival Colfer’s, full of a plethora of different creatures and magic – both good and bad.
Like Artemis, Tom finds himself in the thick of things, surrounded by things that go bump in the night and that not many people may be aware of.

SIMILARITY MATCH: 90%
While that witty style you enjoy in Artemis Fowl isn’t as present, there’s no doubt that this series is as interesting and exciting, not to mention addictive.
***
‘Mister Monday’ (Garth Nix, 2003)

The Keys to the Kingdom is a fabulous series for all Artemis Fowl fans. Nix creates a world unlike any other.

We follow Arthur on his series of misadventures through the House and watch as he journeys through a world full of surprises, including the Ancient Mariner and Pied Piper (with a twist of course), and you can’t help but be drawn into this place full of danger, magic and wonders.

SIMILARITY MATCH: 85%
While each novel is part 1 out of 7, and you know that certain things are going to happen in each succeeding book, there’s still that element of discovery and unpredictability that I love in Artemis Fowl.
***
‘The Amulet of Samarkand’ (Jonathan Stroud, 2003)

Stroud creates a new exciting and magical realm. Like Colfer, he uses many familiar creatures but writes them with a twist. It’s a world with an alternative timeline to ours, and is one full of magicians, demons and war.

We have a demon, Bartimaeus, through which Stroud explains this new world in a sarcastic and humorous way.

SIMILARITY MATCH: 85%
Stroud writes a gripping and addictive coming-of-age tale full of humour and danger, all taking place in a unique world, just like Artemis Fowl, but the humour often has more of a sarcastic slant.
***
‘The Lives of Christopher Chant’ (Diana Wynne Jones, 1997)

The Chrestomanci series, beginning with The Lives of Christopher Chant, follows the life of one Chrestomanci, the official responsible for preventing the misuse of magic, either as a boy or an adult.

This series is reminiscent of Artemis Fowl primarily for its uniqueness. Each story is completely different from the next. The world Jones creates is vivid and imaginative, exploring magic and parallel universes in a new and interesting way.

SIMILARITY MATCH: 80%
While Jones has her own wit which is incorporated in these tales, the novels do not follow on as closely as Artemis Fowl, with large time gaps and different main characters.
***
‘Midnight for Charlie Bone’ (Jenny Nimmo, 2002)

In Nimmo’s book, children are endowed with special gifts, which they have unknowingly inherited from The Red King – a figure lost in history. Charlie Bone is completely unaware of this when he starts hearing voices in photos, a gift that leads him on a journey of discovery he did not expect at all.

We follow him and his friends through a series of adventures, full of mystery, secrets and danger.

SIMILARITY MATCH: 70%
One of the most notable differences between these two series is the lack of Colfer’s distinctive witty style, on the other hand, it captures the magic of childhood in a similar way to Artemis Fowl.
***

Do you have any other books similar to Artemis Fowl that you’d like to recommend to others?Have you read any of my books like Artemis Fowl and if so, what did you think of them?

What were your favourite parts? What do you like most about the Artemis Fowl books?