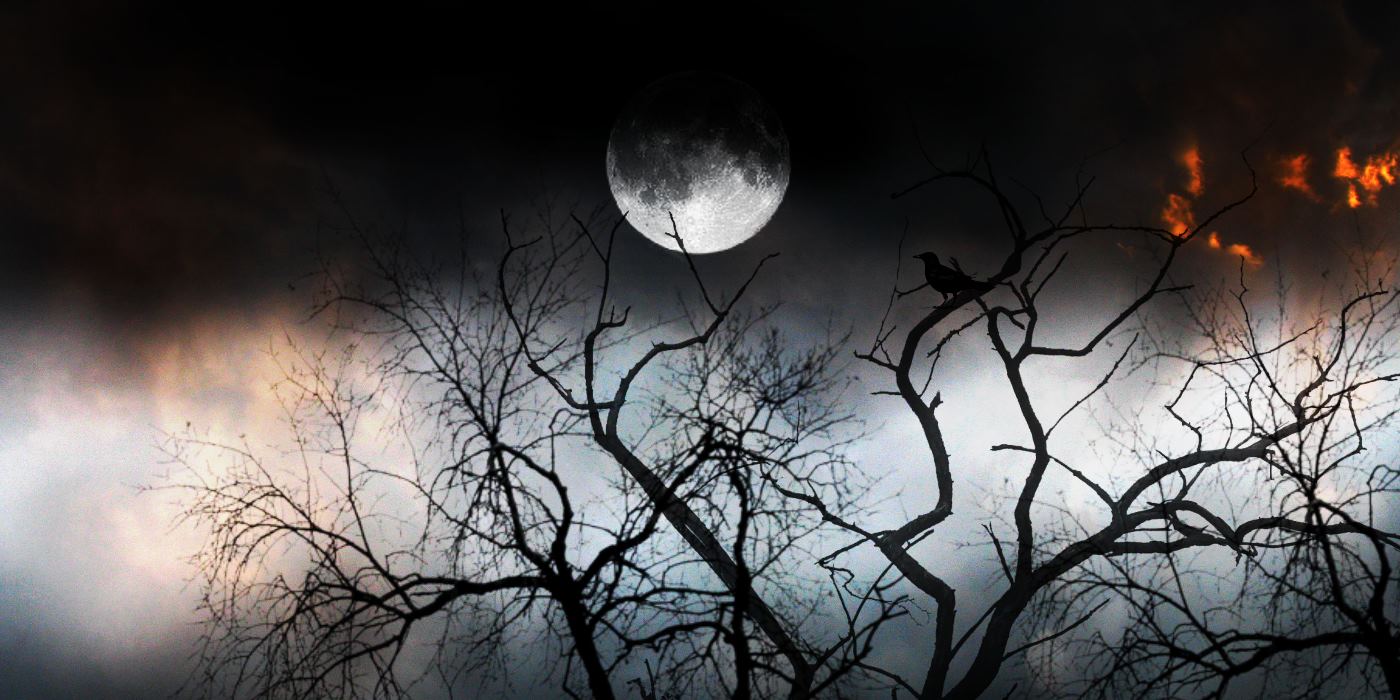 Books about Werewolves and Shapeshifters – My Recommendations

Are you a fan of werewolves, shapeshifters and the worlds they live in Struggling to know what or who to read next? Below we have some of the best werewolf and shapeshifter books, so you can see what tickles your fancy. ~ Helen Maloney

What are Some Good Werewolf Books to Read? 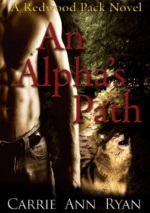 Ryan’s series follows the fates of the Jamenson family and the Redwood Pack and while the series focuses primarily on the grown Jamenson children finding their mates, there’s more to it than that.

We do have werewolves who seem to instantly know upon meeting whether someone is their mate or not, a common theme in werewolf fiction. As are the roles many of the main characters occupy within the pack: Beta, Omega, Enforcer, etc.

The pack is at war with a neighbouring pack, The Centrals, but there’s something not quite right with them. The books detail how the Jamensons discover the dark forces behind the war and how they cope with leading their pack through this time of struggle and suffering. During which time they also have some personal obstacles to overcome, including kidnapping, torture, the death of loved ones, self-esteem, hidden pasts, and more.

Will they be victorious in the end? What will the cost be?

If you enjoy these, try Ryan’s Dante’s Circle series, which has werewolves and shapeshifters, among other things… 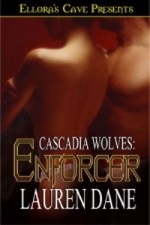 This is another series where we mainly follow one family and their pack– in this case it is the turn of the Warden Siblings and the Cascadia Wolves.

Whereas in Carrie Ann’s world, the werewolves live separately from the humans, hidden behind a magical barrier, Lauren Dane’s werewolves are ‘out’ and living among us.

Rather than a war with a neighbouring pack, the Cascadia Wolves are battling the werewolf mafia who are developing a biological weapon that will change everything.

There are plenty of reasons to give Dane’s series a try: there’s the whole insta-mate thing, a mystery to solve, a threat to defeat, scorching sex and the tri-bond adds an interesting element.

If you’ve enjoyed these, give her De La Vegas Cats a try, which follows a jamboree of jaguar shifters. 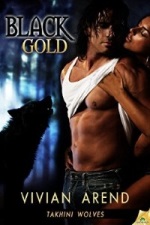 In the Takhini Pack series, we follow many different members of the pack – a lone-wolf pilot, a latent, the alpha, a human and some visiting bears.

One of the really nice things about this series is that every relationship is different.

Highly recommended if you want some light-hearted werewolf. If you’ve already tried this, have you read Arend’s Granite Lake Wolves series as well? 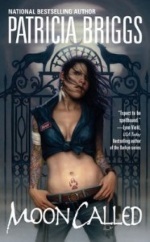 For me, Patricia Briggs has to be top of the list with her Mercy Thompson series.

Patricia Briggs’s werewolves are so realistic; it really wouldn’t surprise me if they ‘came out’ at some point during my lifetime.

There’s no instant attraction = instant mating in the world of Mercy Thompson. Instead we have a relationship that has built over years and which we have the pleasure of watching slowly develop into something more.

The romance, however, is not the main draw or focus, although their relationship remains an integral part of the series and Mercy’s world. No, what each book offers is a well-developed storyline, usually with some kind of mystery for Mercy to solve, some danger and obstacles to overcome, dominant werewolves to stand up against, and Mercy’s journey to understand more about herself and how she fits into this world of werewolves, vampires, Fae and humans.

It is becoming an increasing trend for authors of werewolf fiction to include some of the darker aspects of being a werewolf, giving a more balanced and a deeper account of their life. Briggs, however, takes that a step further and doesn’t gloss over how dark and dangerous their world is – making me wonder why anyone would actually choose to be a werewolf.

If you’ve fallen in love with Mercy’s world, why not try her Alpha and Omega (Alpha and Omega novella found in On the Prowl (2007)) series and follow Charles and Anna? 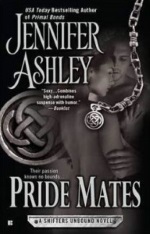 I count this series as a great find. Here we have shifters created by the Fae to be slaves centuries ago, but after a rebellion they are now free. Having been discovered by the humans, they have been collared and herded into reservations.

All is not what it seems though, and they are slowly growing stronger, learning new ways to live and survive and preparing for a future when they will no longer be under the humans’ thumb.

Of course, the leader of the Shiftertown reservation in Austin does not expect to fall for a human woman…

These shifters don’t have that instant mate connection, but they do have a mating frenzy and a mating ceremony. There is also a spirituality that isn’t often present in other shifter fiction but which I found enjoyable – like the Guardian with his sword.

Their shifter side isn’t a separate ‘animal’ or ‘spirit’ inside them, but they do have to battle their instincts sometimes and they definitely enjoy violence.

If you are looking for something different, then I would certainly give the Shifters Unbound by Jennifer Ashley series a try! 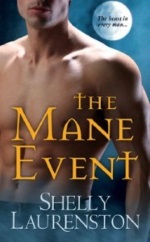 If you want something different but not necessarily darker or more realistic, why don’t you give Laurenston’s series a try?
Her world is full of crazy shifters, kick-ass and sassy women, weird hybrids and sexy men – all wrapped up with her wicked sense of humour.

You can’t find anything really quite like it – although it’s not to everyone’s taste. I, however, can’t help but keep reading and wishing I had my own wolf/lion/bear for myself…

I gave this series lots of laughs. If you, too, enjoy this topsy-turvey world, go ahead and explore her fantasy world full of dragon shifters under her pen-name G.A. Aiken. 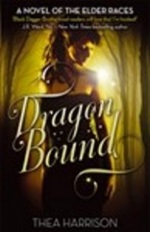 In Harrison’s world we have the Wyr –the shapeshifters of various kinds, including mythical beasts – the Elves, the Light Fae and Dark Fae, Demonkind and the Nightkind (which included vampires). Humans have known about them for a while, and they generally live peacefully among us while maintaining their own society, culture and political structure.

The Wyr in these tales do not have instant mate connections, or a second spirit inside them – they just have their human form and their wyr form. Things do tend to get a little tense, however, when a wyr starts the mating process.

One of the things I really like about this series is how each race has its own distinct characteristics, and while there is tension between the different factions, they are all trying to do the best they can, with a lot of integration between them and with humans.

I just like how it has all been imagined and fits together and I love Pia and Dragos!

Want Something a Little Different? 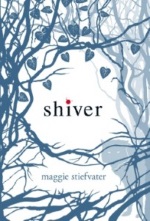 The Wolves of Mercy Falls are a completely different breed of werewolf.

Here we have humans who turn into wolves when the seasons change: summer as humans and winter as wolves. But the longer you’ve been a wolf, the shorter the time you have as a human each year, until you eventually stop turning back at all.

These aren’t a half breed or a blend of man and beast –you’re one or the other. Either completely human or wolf.

Grace is the only one who has been bitten yet not turned into a wolf. She watches the wolves from her house, claiming the wolf with the one yellow eye as hers. He is just as fascinated and finally, when it is summer, they meet as humans.

This trilogy is their love story but it doesn’t follow any of the expected routes.

Forget about everything you have ever previously read about werewolves and the myths around them, these are a completely different species and Maggie Steifvater does a superb job of creating something new.

Try it and be amazed! 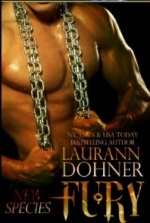 If you’re wanting something completely different, Laurann Dohner’s books are certainly a way to go.

Here we don’t have people who transform into an animal of some kinds, no, we have people who were experimented on as children, teens and adults, mixing their DNA with that of felines, canines and primates, and then forcing them to go through torture of various kinds – all to make ‘products’ to sell.

These New Species, as they call themselves, are now free and living in two huge areas of land: Homeland and Reservation. They finally have the opportunity to learn to be happy, to choose their own names, to live life how they decide.

Unfortunately, a lot of people aren’t happy and the New Species are constantly battling prejudice, discrimination and threats.

These men and women have many animal traits without any shifting taking place or a second spirit living within them. Their ways aren’t the same as ours but all they want is peace and happiness.

Enter the human women, strong enough to handle their differences, their dominance and reach their hearts, in return for mates who will do anything for them, anything to make them happy and keep them safe.

I really enjoy the series and I think you would, too! 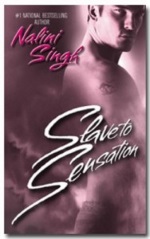 I devoured all thirteen of these books as quickly as possible – I love the world they’re set in and was completely caught up. I could not put them down!

This series is definitely full of some of the best werewolf and shapeshifter books I have ever read!

They focus less on humans mating with shifters and more on the Psy – the psychically gifted who live in a world of Silence – and the Changelings – shapeshifters who guard their territory, their people and their culture from all threats.

Until one alpha finds a Psy who’s a little different, whose Silence might be cracking, and who might be able to actually feel emotions. As he tries to discover if he’s correct, he can’t help but fall in love with her. Luckily for him, she returns his feelings and bonds with him. Luckily for her, although she must cut ties with her world, the pack opens up and allows her to be part of their family.

But not all is well with the world and there is a sickness hidden within Silence.

Their discoveries will change the course of the future for all – but as a force to save them or destroy them?

I just love this addictive series by Singh and urge you to pick up a copy… now!