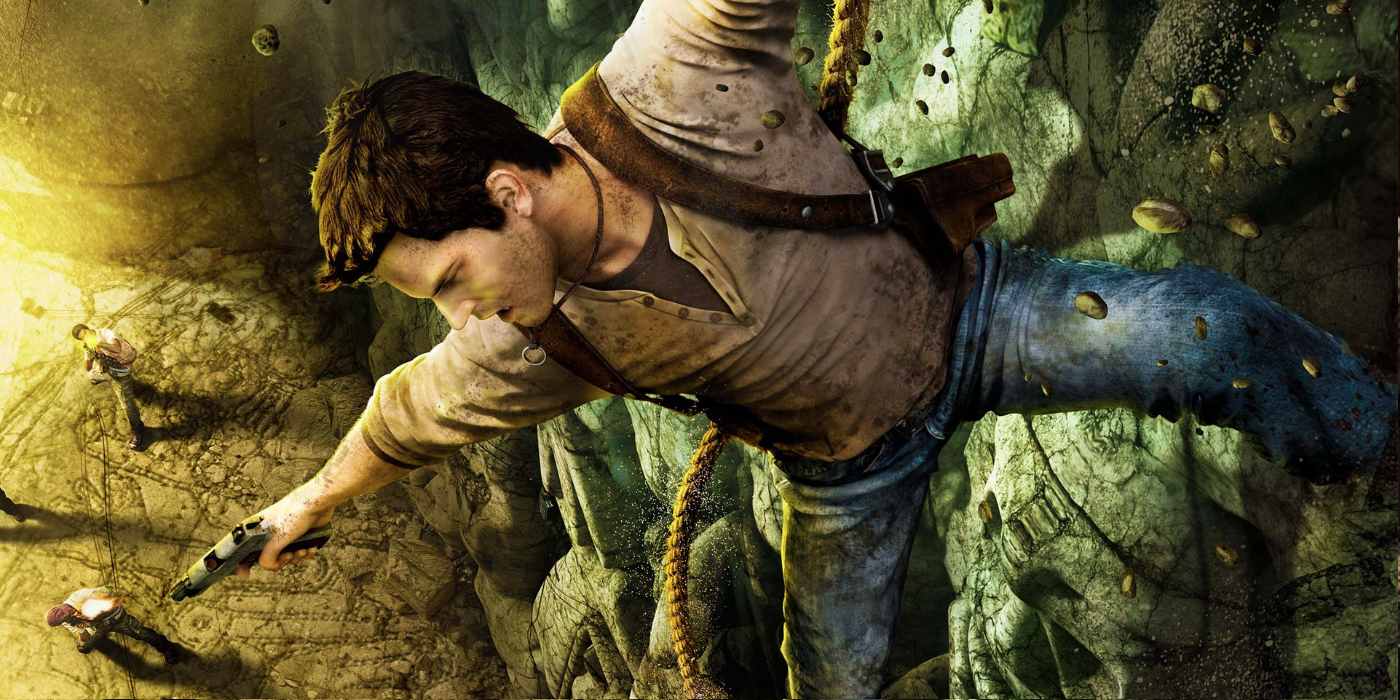 It’s been said over and over but Tomb Raider and Uncharted really are cut from the same cloth. The Last of Us and Enslaved are also great options. ~ Zoey Hughes

If they just can’t churn out Uncharted titles quick enough for you you have a couple of choices, either you can don a Nathan Drake outfit and search for adventure yourself (if you do please share it with the internet) or you can take the far more practical approach and merely use my suggestions of the best video games like Uncharted to influence your next lot of video games purchases.

The choice is entirely up to you but if you’re not feeling quite prepared enough to embark on an intrepid expedition just yet then check these titles out.

When Nathan Drake first graced our screens there were fans and critics everywhere ready to compare the rugged archaeologist to Lara Croft. The sex appeal, the puzzles, the platforming… the similarities were endless but it doesn’t mean they were the same.

Uncharted brought a distinctly different flavour but it is still easy for fans to make the crossover one way or the other.

As the Uncharted series has picked up steam Tomb Raider did some updating of their image in order to compete, meaning the latest title, simply titled Tomb Raider, was a reboot that felt surprisingly similar to Uncharted titles.

This one is definitely the closest to Nathan Drake’s adventures but there are also many other superb titles worth a look. For my rundown of the best Lara adventures click here.

Of course even Ms Croft got her inspiration from somewhere, and there’s no doubt that somewhere was a certain trilogy of family action movies featuring a dashing professor with a hat and a whip.

Unfortunately there’s not been a decent Indiana Jones title in years but if you’re willing to dig into the archives a bit then Infernal Machine is a superb early 3D title that will give you plenty of relic finding gun-toting fun.

Flying under the radar somewhat when it was released I’ll forgive you for not knowing a whole deal about Enslaved.

Following the tales of Monkey, the game is set 150 years in the future after a devastating war. Mechs used in the war still roam the world set in a hostile mode, and the remainder of humanity must avoid or take them down at all costs.

The gameplay is third-person action-adventure but there are also puzzle elements and plenty of combat when you’re not busy finding collectibles and platforming – sound familiar? Enslaved may not have a relic anywhere in sight but if it’s the gameplay rather than the story that you’re trying to emulate then this is perfect for you.

Following my rule of searching the back catalogue of whoever developed your favourite game Uncharted developers Naughty Dog have another massive hit under their belt. The Last of Us was created by the lead designer of Enslaved coupled with half of the Naughty Dog development team (the other half were busy working on Uncharted 3 at the time).

Although a post-apocalyptic survival game at heart, The Last of Us is still an action-adventure title and took a lot of inspiration from the Uncharted series to build its characters and award-winning story. The story had critics dropping their jaws over the depth of story-telling possible in a game and a movie is now in the works.

Getting an obscene Metacritic score of 95 video games similar to Uncharted just don’t get better than this. It may seem different to begin with but borrowing heavily from the series, using the same developers and gameplay similarities mean you won’t be able to deny the similarities for long.

Who knew when the Indiana Jones films were released that that would lead to an obsession with good-looking relic hunters that would produce a couple of massive video game franchises? I’m just surprised that, other than Mr Drake and Ms Croft, there have really not been a lot of emulators, but would you want to compete with those two? My top picks from this list have to be The Last of Us and the Tomb Raider series. There are so many similarities to Uncharted in each of them and they’re damn good games to boot. You’ll have no regrets if you give these a go.

Is there something I don’t know? Have you found an Uncharted wannabe that I haven’t mentioned?

Let me know in the comments.