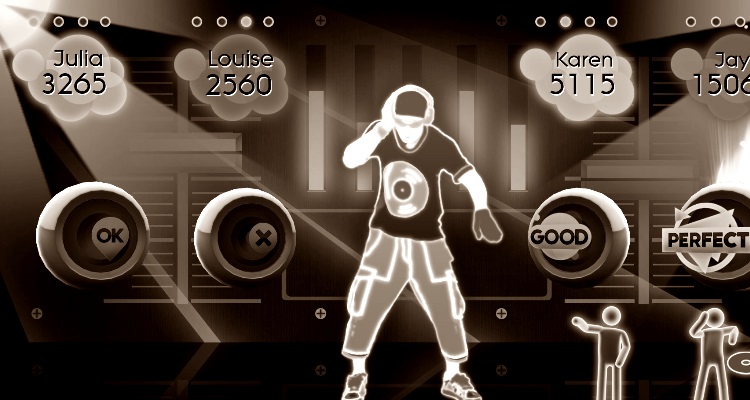 Possibly the best rhythm game ever, Runner2 is an absolute must buy. ~ Zoey Hughes
Since PaRappa the Rapper first appeared in 1996 (if you don’t know it click this link and do your history homework!) rhythm has been a legitimate videogame genre.

In the years that have followed there’s been a fair amount of these games appearing, some dire and some terrific, but here are some of the best rhythm video games, guaranteed to make you smile whilst your fingers weep.

It’s a classic, there’s no doubt about it, and in 2011 Space Channel 5 Part 2 became available for download on PSN/XBLA/Steam.

If you’re after that kooky sort of nonsensical fun that the Japanese do so well then you’re in luck.

You play Ulala, an intrepid space reporter who must save the day by winning dance offs against the rhythm rogues.

Yep, you heard that right, dancing saves the day.

Her dance performance depends on you successfully putting in the commands.

The better you do the higher the score, but failure will happen regularly. Noises also indicate movements required so listen out for chuuuuuuuuuuuu chu (seriously!).

It’s utterly mad and rock hard but there’s no doubt this is an experience any rhythm game fan needs to have.

You’re going to die horribly but it’s worth it to see Ulala dance. O, and watch out for the Michael Jackson cameo!

I was seriously sceptical when this came out. Rock Band Blitz (PS3/360) may carry the Rock Band title but don’t be fooled, it’s completely different.

You can traverse between the five tracks at any point and must correctly input the commands to get a score and maintain multipliers.

There’s a surprising amount of strategy required to know which lane you should be in to maximise the score and as such the replay value is immense.

Special notes appear dotted throughout the lanes that can explode notes, play another lane for you or even put a pinball into play that will destroy notes.

Keeping a busy lane active is the key so you’ll need to watch out for quiet periods where you can jump ship.

Don’t be put off by the Rock Band moniker; this is a super addictive little game that gives a different perspective on the rhythm genre.

Runner2 is a rhythm/platform hybrid that is the most enjoyable rhythm game I have ever played.

This game is so addictive it needs a health warning and is tremendous fun to boot.

You play Commander Video (until you unlock one of the alternate characters anyway) and must guide him through 5 themed worlds to get back home.

The character runs automatically and it’s up to you to input rhythmic commands to avoid certain death from a myriad of obstacles.

Early moves include gliding and jumping but you’ll soon be frantic as you slide-kick, jump-slide and even deflect beat blocks, all in time to the music.

Of course, any good platformer has collectibles and Runner2 is no exception. To get the true experience try to collect every piece of gold and every speed up.

As you get further in you can also play chicken with the obstacles by dancing (yep, dancing again). Initiating a dance move will stack up the points but also locks out controls for a set period of time.

If you dare to use it on a regular basis you’ll see your scores go through the roof but mistime it and you’re going to get bonked (their word not mine).

This is the best rhythm game I have ever come across. You almost zone out as you find yourself instinctively inputting long complicated chains of commands, and the reward feeling is epic.

Whether you’re a fan of rhythm games or just platformers I would highly recommend this. An absolute must-buy, I have my fingers crossed for Runner3.

Space Channel 5 and Rock Band Blitz will provide rhythm fans with a lot of enjoyment but everyone can benefit from some Runner2 in their life.

What do you think about rhythm games?

I want to know!