See More Results
Home > Movies > Movies Like > 10 Movies like The Perks Of Being A Wallflower: Cutely Weird 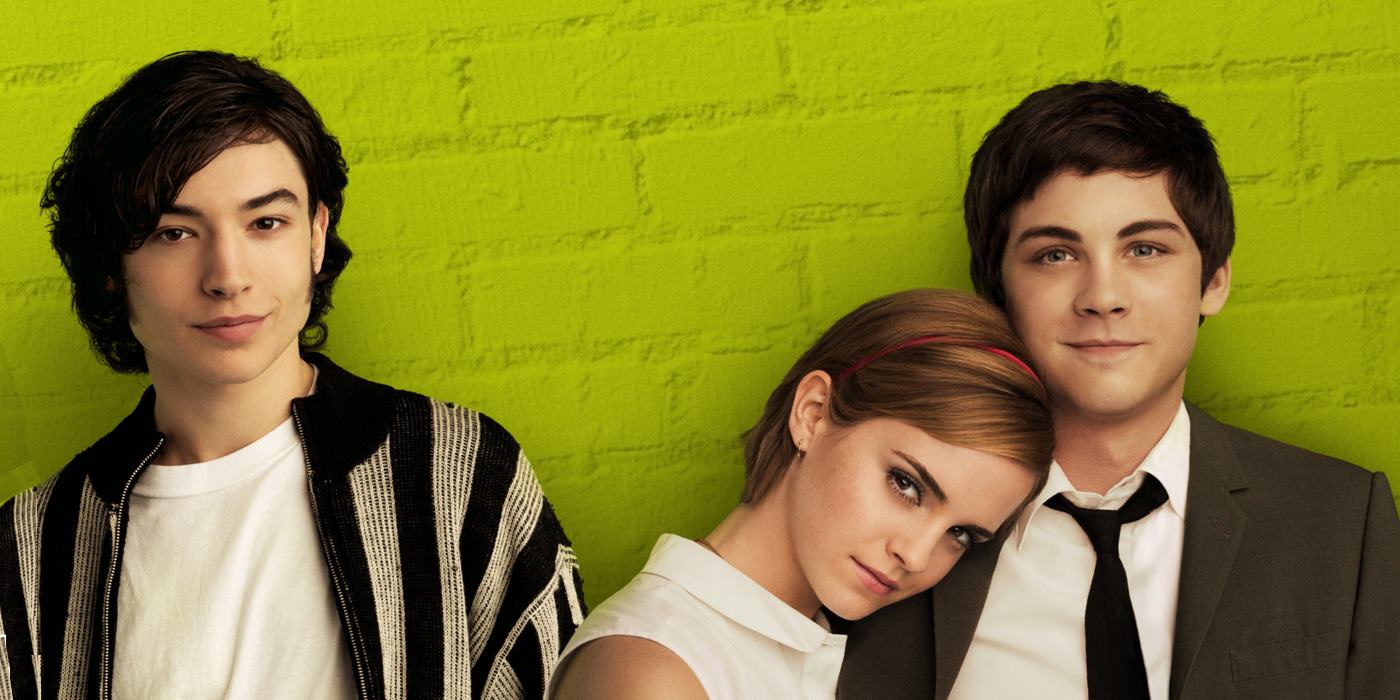 10 Movies like The Perks Of Being A Wallflower: Cutely Weird

Check out this page for movie recommendations tailored to your personal taste.

I dare you to kiss the prettiest girl in the room on the lips. And notice I charitably said girl and not person because let’s face it, I’d smoke all you bitches.

In 2012, Stephen Chbosky was commissioned to adapt his excellent novel into an excellent screenplay – and to direct the film as well! The result featured excellent performances from Logan Lerman as the central protagonist Charlie, Ezra Miller as his off-the-wall friend, and Emma Watson as Sam, the object of his affections.

If you liked the book and loved the film, you’re probably eager for more of the same. I know I was! With that in mind, I’ve compiled a list of the best ‘The Perks of Being a Wallflower’- like movies for your perusal.

The whole Bildungsroman genre is one that distinctly appeals to me (probably because I often identify with the directionless suckers portrayed on screen) and so I’ve seen a fair few of similar ilk.

Movies Similar to ‘The Perks of Being A Wallflower’…

A film that’s guaranteed to make you laugh and feel warm and fuzzy inside, ‘The Way, Way Back’ is a charming debut from the directorial team.

SIMILARITY MATCH: 90%
As with ‘The Perks of Being a Wallflower’, ‘The Way, Way Back’ features a central protagonist who’s unhappy and uncomfortable in his own skin, until he forms a new friendship which teaches him to love, laugh and learn.
***
‘The Spectacular Now’ (James Ponsoldt, 2013)

The best thing about now, is that there’s another one tomorrow.

Whereas ‘Charlie’ in ‘Perks’ was a shrinking violet who’s scarcely unafraid of his own shadow, ‘Sutter’ in ‘The Spectacular Now’ is almost the polar opposite – the class clown who never grew up.

An encounter with an unlikely but perfectly-matched girl forces both youngsters to take a good, long look at themselves in the mirror and attempt to change their ways in order to grow and evolve.

This excellent adaptation of the novel of the same name made a clean sweep of the audience and critic awards at the 2015 Sundance Film Festival where it premiered… and it’s easy to see why. It uses delicacy, maturity and hilarity to handle the sensitive subject of teenage cancer diagnosis.

Guaranteed to make you laugh and cry in almost the same breath, this is THE film to look out for when it’s released to general audiences this summer.

SIMILARITY MATCH: 75%
Both ‘Me and Earl and the Dying Girl’ and ‘The Perks of Being a Wallflower’ use humour and honesty to chart the journey of personal growth embarked upon by two insecure teens as they make new friends and mature.
***
‘St Vincent’, (Theodore Melfi, 2014)

Do yourself a favor. Get a life. Stop living mine.

Friendless, bullied child meets curmudgeonly old sinner – a recipe for comedy if ever I heard one. The ever-impeccable Bill Murray puts in a flawless performance as the corrupting influence who gambles, drinks and swears his way into an early stroke (his rendition of a stroke victim is even more impressive and touching).

‘St Vincent’ is a genuinely moving and thoughtful reflection on how those we meet shape us throughout our lives… as well as producing countless belly laughs along the way.

SIMILARITY MATCH: 70%
Both ‘St Vincent’ and ‘The Perks of Being a Wallflower’ show how a timid young boy gains confidence from a new friendship – although the former is perhaps more about the old man he befriends than the boy himself.
***
‘Adventureland’, (Greg Mottola, 2009)

We pay little Malaysian kids 10 cents a day to make these toys, we can’t just *give* them away.

Whilst Kristen Stewart’s incessant hair-flicking can be a little off-putting, tolerating it for this nice little film is eminently worth it as she delivers a powerful performance as Jesse Eisenberg’s slightly-callous love interest.

The film is an exploration of what it means to grow up and become a fully-formed adult, with all the pain, upheaval, heartbreak, betrayal, and loss of innocence that that entails.

Its strength lies in the fact that virtually all of the characters are presented as real, flawed human beings who stumble their way uncertainly through their adolescence and into adulthood.

Check out this article for more movies like ‘Adventureland’.

SIMILARITY MATCH: 70%
Both ‘Adventureland’ and ‘The Perks of Being a Wallflower’ feature entire casts of young adults; flawed, real human beings who stumble their way through adolescence, making mistakes, and hurting others in the process.
***
‘Juno’, (Jason Reitman, 2007)

I’m just gonna go ahead an nip this thing in the bud. Cuz you know, they say pregnancy often leads to, you know… an infant.

‘Juno’ sees Michael Cera at his awkwardly-charming finest, stuttering and trembling his way through an uncomfortable and novel situation in which he determines to face up to his responsibilities of potentially becoming a father.

Ellen Page stars as the smart-mouthed and savvy mother-to-be and the on-screen chemistry between the two is very well-executed.

In an age when there are an abundant amounts of rollicking high school romp flicks, ‘Juno’ explores what can happen when one of those romps yield an unexpected – but not necessarily negative – accident.

Have a look at this article if you’re looking for more adorably awkward films similar to ‘Juno’.

SIMILARITY MATCH: 65%
Both ‘Juno’ and ‘The Perks of Being a Wallflower’ explore the difficulties of growing up and teenage life; though ‘Juno’ is more about facing up to responsibilities, ‘The Perks’ is based more in personal relationships and coming out of your shell.
***
‘Jeff, Who Lives at Home’, (Jay and Mark Duplass, 2011)

Jeff, what do you do in the basement? You’re not cleaning it.

Bildungsromans don’t always have to be about adolescents; people don’t always come of age at the time they are supposed to.

The eponymous Jeff is a 30-year-old waster, still living at home with his parents, unsure of where his life is going, and desperate to seek some meaning or higher power in the seemingly random and often cruel happenings of everyday life.

Though it is at times a little schmaltzy, with Jason Segel in particular perhaps guilty of overdoing the nice-but-naive-guy-routine, it holds some important truths that every 20-something and many 30-somethings (or even some 40, 50-somethings) have faced when trying to find their place in the world.

SIMILARITY MATCH: 65%
The protagonists of both ‘The Perks of Being a Wallflower’ and ‘Jeff, Who Lives at Home’ are confused individuals trying to work out their place in the world – though the former features a considerably younger main character than the latter.
***
‘The Diary of a Teenage Girl’, (Marielle Heller, 2015)

Minnie: I hate you!
Monroe: [softly] Yeah, well, I like you.

Social ‘outcast Minnie’s’ world is turned upside down when she sleeps with the current boyfriend of her free-spirited mother and the doors into new realms of adulthood and sexuality are opened.

The breakthrough performance of Bel Powley as the sexually-confused teen is fantastic, while the graphic novel elements and comic interludes give this other Sundance contender an edge on its competition.

SIMILARITY MATCH: 60%
Both protagonists of ‘A Diary of a Teenage Girl’ and ‘The Perks of Being a Wallflower’ are coming of age in terms of sexuality and maturity – though the girl in the former film seems to be streets ahead of the boy in the latter… and not necessarily in a good way.
***
‘Rushmore’, (Wes Anderson, 1998)

Maybe I’m spending too much of my time starting up clubs and putting on plays. I should probably be trying harder to score chicks.

I’ve already written several articles about my favourite director, Wes Anderson, and his wonderful recurring cast, as well as other movies to sample if you enjoy his stuff… including, unsurprisingly, ‘The Perks of Being A Wallflower’.

But hands-down, my favourite film by him has to be the fantastic ‘Rushmore’, starring a very young Jason Schwartzman as Max Fischer, a smart, talented, ego-centric, socially inept schoolboy struggling to balance a crush on his teacher, an uneasy friendship with a middle-aged man, an ongoing feud with a Scottish bully, a need to excel and impress and the constant threat of under-achievement, rejection and expulsion from his beloved Rushmore academy.

Terrifically funny, ‘Rushmore’ is a testament to the growing pains we have all experienced when trying to ‘fit in’ at school. Rather than do so by being a wallflower – as many youngsters do – Max seeks validation in standing out.

SIMILARITY MATCH: 60%
‘Rushmore’ and ‘The Perks of Being a Wallflower’ both feature teenagers eager to fit into their high schools and their own skin, but the former is much more headstrong and ambitious than the latter.
***
’50/50′, (Jonathan Levine, 2011)

Aren’t you supposed to be wearing an earth-toned sweater and be like 65 or somethin?

It’s hard enough struggling to come to terms with adult life at the best of times – imagine having to do so after being diagnosed with cancer.

That’s the ordeal facing Joseph Gordon Levitt’s Adam – who’s based on the writer himself. The delicate subject is handled beautifully, bringing exactly the right amount of pathos and comedy to the film.

Seth Rogen is impeccable in delivering light relief with some memorable lines, and on the whole, the film is a mature, realistic portrayal of what must have been a harrowing experience for the screenwriter.

SIMILARITY MATCH: 55%
Both ‘The Perks of Being a Wallflower’ and ’50/50′ deal with young adults coming to terms with their own personal problems – the former is laden with teenage angst, while the latter is embroiled in a harrowing battle with cancer.
***

Go on, help me out here…

If you enjoyed ‘The Perks’ and have seen others that you think are similarly fantastic, share the knowledge and tell the world below.