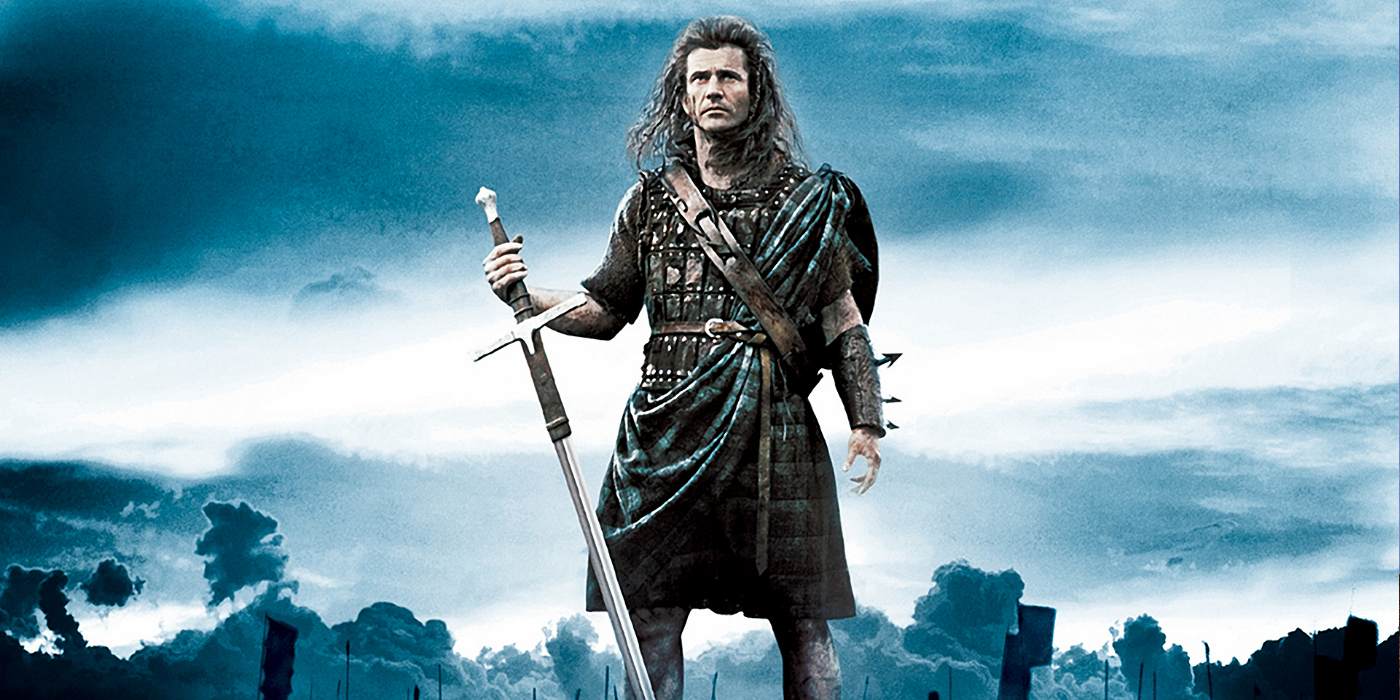 Looking for a movie suggester you can trust? Try itcher’s personalised recommendations.

Since the release of Braveheart (Mel Gibson, 1995), we’ve had wave after wave of epic movies like Gladiator and Rob Roy, each with their own share of battles and rebels. So what sets apart the best movies like Braveheart?
~ Jane Howarth

American-born Australian Mel Gibson’s film about a Scottish hero is fairly creative with history – Gibson himself has owned up that he ‘boosted it up… We wanted to make something a little more cinematically compelling’.

So, we’ve established it’s not exactly a documentary.  All the same, while its version of events wouldn’t get you a gold star on your history homework, the overall atmosphere feels authentic.

300 (Zack Snyder, 2007) sticks close to its source – Frank Miller’s graphic novel – giving it a whole other atmosphere and visual style.

Likewise, as Troy’s (Wolfgang Petersen, 2004) centrepiece is a battle sequence populated by 150,000 warriors and 1,000 ships, it makes for a very different movie.

Movies that Are Similar to Braveheart

Freedom fighters, rebels and outlaws – here they are, ready to send us back to the turbulent past.

To these men, the truth is but a lie undiscovered.

Was it the Scottish element that drew you to the William Wallace story?  If so, this slightly more elegant (and less shouty) tale of outlaw Rob Roy should be next on your list.

It also shares the windswept scenery of Braveheart, making it the best visual and cultural match (in my books anyway).

Liam Neeson is Irish, so we’re getting geographically closer to some authenticity, even if we’re not quite there yet.

What we do in life echoes in eternity.

Essential viewing for any Braveheart fan, even giving Russell Crowe’s gladiator a similar background as he’s driven by personal grief and circumstances to challenge a ruthless system.

I know, I know. CGI everywhere.

But the effects help put us in Maximus’ place, so I’ll allow it – it’s a movie with a heart-breaking core, and it doesn’t overshadow that with effects overload.

My name is Dances with Wolves. I have nothing to say to you. You are not worth talking to.

Another director taking the lead role, this time putting Kevin Costner in both pairs of shoes.

Following a celebrated Civil War effort, John Dunbar is posted to the very edge of the frontier, where he gets to know (and becomes part of) the Sioux tribe he’s meant to guard against.

Like Gibson’s version of Wallace, Dunbar becomes a representative for a group of people trying to defend their culture.

These movies didn’t make the icon status of Gladiator, but let’s change that.

Woman, I have killed fifteen men.

Lee focuses on the personal side, saying ‘[the] story is not really about the Civil War. The subtext is about civil rights… that coming-of-age story’.  I feel like he could pick up the pace a little, but overall, worth catching.

Just as Braveheart takes most of its inspiration from William Wallace, Ned Kelly reimagines the Australian outlaw’s story.

Heath Ledger is cast in the lead role, supported by Orlando Bloom, whom I guess just can’t get enough of epic battles.

As good movies like Braveheart go, this one’s on a smaller scale but it’s an interesting take on a true story turned legend.

What Stands Out about these Movies?

Movies like Chasing the Deer (Graham Holloway, 1994) are pretty accurate but lacking that cinematic something, so maybe Gibson’s right – do we need that little bit of creative retelling after all?

For me, it’s all about the balance of dramatic staging alongside that realistic historical feel – even if they do take a few liberties with the details.

Did the William Wallace story inspire you to watch more movies about Scottish history?

Or maybe you found other epic battles, rebels, and outlaws to continue the theme.

Why not share your recommendations with us in the comments?