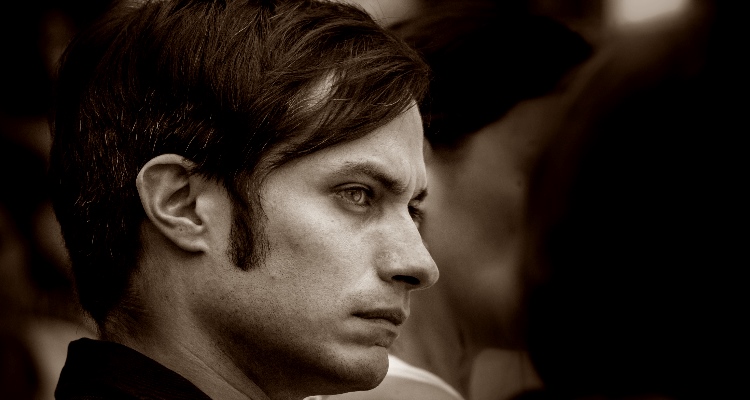 Best Movies from South America: A List of Personal Favourites

Loving but the Latino film canon but looking to branch out from the confines of España? Well, luckily, South America has a rich history of producing excellent films… why not try El Secreto de sus Ojos, La Nana or Contracorriente for something different. ~ Jonny Sweet
When trying to answer the question: what are the best Spanish language films? it’s only natural to look immediately to Spain.

Indeed, that country has produced many great directors, including Pedro Almodóvar, Alejandro Amenábar (part Chilean) and Luis Bunuel, among many others.

The studios of Spain have produced many an excellent picture; for a closer look at three in particular, check out this great article by my colleague Paola Bassanese.

South America is also a great source of thoughtful, innovative and exciting movies

Further afield, Mexico also has a fantastic tradition of producing excellent movies, and in terms of Central America, it stands head and shoulders above its counterpart countries in the filmmaking industry.

However, South America is also a great source of thoughtful, innovative and exciting movies; and the industry is growing ever more popular every year.

Here is a short list of some of the best movies from South America, in my humble opinion.

Set in the wealthy suburbs of Santiago, La Nana tells the story of live-in maid Raquel who has lived and worked for her employing family for over 20 years, and how her work has left her jaded, listless and uninspired by life.

At times funny, poignant and resonating

Dark humour permeates the storyline as Raquel terrorises one helper maid after another, until she is united with Lucy, a young bubbly girl who takes Raquel’s sour temper in her stride and gradually helps Raquel to embrace life again.

At times funny, poignant and resonating, La Nana remains engaging throughout and offers an insight into the life of someone stuck in the limbo between family member and mere employee.

It also paints a very accurate picture of modern Santiago life, which may come as a surprise to some viewers from overseas.

This gem from Argentina follows the memories and recollections of a retired legal counsellor who returns to an unforgettable case to write a novel about the events, unearthing painful emotions in the process.

A breathless man-hunt, accompanied by a story of unrequited love, and ends up coming full circle as an examination of the extent of the innate brutality of the human condition

Starting out as a simple whodunit to a brutal murder, the film quickly progresses into a breathless man-hunt, accompanied by a story of unrequited love, and ends up coming full circle as an examination of the extent of the innate brutality of the human condition.

It also dabbles in the reliability of memories versus imagined happenings, and calls into questions how reliable our own recollections can be.

Furthermore, it uses an excellent touch of humour, personified most notably in the always enjoyable character of Esposito’s drunken sidekick Sandoval, as well as featuring great eye-work from all of the cast (as is to be expected from the title) and one of the singularly best chase scenes I have ever seen.

2009 was clearly a good year for South American cinema.

Contracorriente is not your average ghost story.

Rather than dwelling on any notions of fear or terror in haunting, the movie looks at how one man’s death affects his clandestine gay lover and how he struggles to maintain a respectable footing in the small fishing community he calls home.

As well as investigating taboos all too commonplace in such societies, the film is also a heartbreaking love story and depiction of the indefinite nature of morality.

Though perhaps it could be construed as Mexican due to the filming location and studio, the director, Alejandro Jodorowsky is a Chilean maverick known for his outlandish and surreal pictures.

Perhaps it could be termed a fusilli western due to its twisted nature, apparently spiralling beyond control

Perhaps it could be termed a fusilli western due to its twisted nature, apparently spiralling beyond control.

Perhaps you could name it a ravioli western, due to every scene being stuffed with hidden meanings.

Or maybe farfalle western is more apt, due to it taking on the appearance of a bowtie for no discernible reason.

Whatever you call it, and whatever you think of it, you will surely agree El Topo is fairly odd.

The film is overloaded with symbolism, such that every costume, action and backdrop is chosen by Jodorowsky as to facilitate a myriad of interpretations from the audience

Many will probably hate the film for its lack of a clear and linear plot, sparse dialogue and unfleshed-out characters, but these people are perhaps missing the point.

The film is overloaded with symbolism, such that every costume, action and backdrop is chosen by Jodorowsky as to facilitate a myriad of interpretations from the audience.

Of course, this requires a great deal of audience input and attention; and for many film-goers, who simply see movies as a form of escapism, where they can be caught up in another world without having to think too much or invest too much effort, El Topo can be more trouble than its worth.

Digging below the surface, though, can reveal a rewarding experience bursting with possibilities and sensibilities.

As well as being an exploration of the best Spanish language movies all time, this article also includes Portuguese language cinema, such as the brilliant Cidade de Deus.

I have already eulogised this masterpiece of South American film elsewhere on this site, and as such, I will keep it brief here.

However, I would like to add that this film is innovative not only for its brutal content, its unflinching look at favela life in the slums of Rio de Janeiro and its unique twist on the traditional gangster flick, but also the various techniques and tropes used in the cinematography and direction.

Truly one of the best films from South America of all time, or perhaps any geographical region, for that matter.

Another wildly successful film dealing with the crime in Rio’s favelas, Tropa de Elite focuses more on the police rather than the gangsters.

The Elite Squad are specially trained officers – more like soldiers – sent in when other forces are in trouble.

Focuses more on the police rather than the gangsters

Here, the story of Captain Nascimento’s search for a replacement so that he can spend more time with his newborn son and less times agonising over the moral intricacies of his job is told with beautiful craft and vision.

Again, a stellar cast and fantastic cinematography make for a pulsating film that grabs you by the throat and bodily drags you through the storyline.

All the more powerful for being based on true events, this historical drama tells the story of the advertising campaign to oust the brutal dictator Augusto Pinochet from the Presidency in the election of 1988.

After a reign of 15 years, in which Pinochet had been responsible for severely restricting the freedoms of his citizens and torturing and killing thousands of them, an election was called to determine whether he would remain in power for a further eight years.

The lead advertising executive responsible for spearheading the ‘No’ vote campaign, amid suggestions of coercion and bullying

The evergreen Gael García Bernal plays the lead advertising executive responsible for spearheading the ‘No’ vote campaign, amid suggestions of coercion and bullying, as well as fears about the economic future of the country under the stewardship of another ruler.

Using real footage from the election campaign, the film does a great job of communicating the task that the ‘No’ camp undertook, the desperation they felt at trying to escape from under Pinochet’s heel and the elation when that hope was realised.

What Did I Miss?

Did your favourite cult South American flick not get a shout-out?

If so, right that wrong right here.