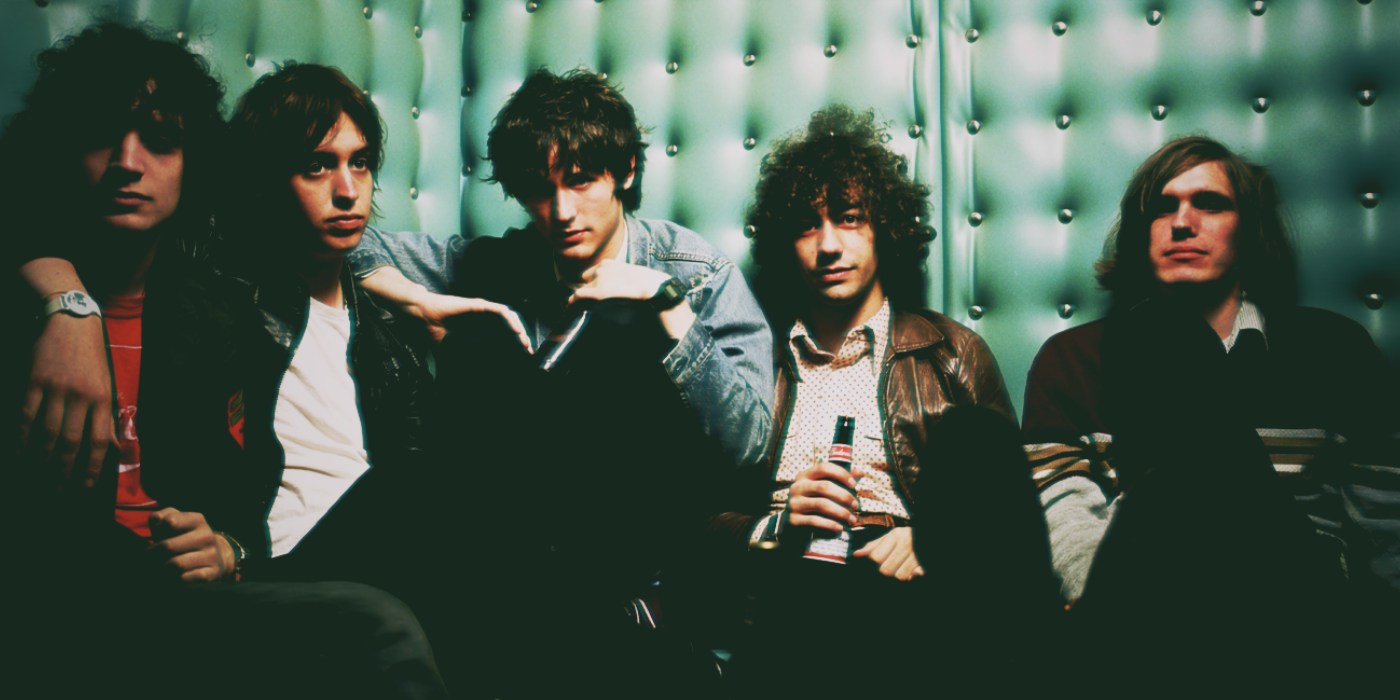 The 20 Best Live Music Acts of All Time

Who not only rocks in the studio and on a disc, but on the stage as well? The Cure, The Streets and Toots and the Maytals are the first eclectic three on my personal list… read on to learn the rest. ~ Jonny Sweet

Over the years I have devoted a significant portion of my time and money to destroying my eardrums in the best possible way I can think of: exposing them to throbbing bass, screeching fans and screaming singers.

I should clarify: this list is based on my personal music taste; so Beyoncé, Madonna and Lady Gaga fans – sorry, there’s nothing to see here. Though I don’t doubt they put on an excellent show, their music makes me a little bit vomity inside my own mouth, so they haven’t made the grade I’m afraid.

To see who has, keep reading for my personal best live music acts of all time.

I’ve seen The Cure live three times now, and despite having let himself go quite a bit on the image front, Robert Smith definitely still has his voice. Unfortunately, he still favours his mop of hair and botched makeup job… which is not quite befitting someone of his years.

Nevertheless, he always gives a good show and plays all of the hits… and the rest of The Cure’s back catalogue as well.

In fact, they probably would have figured higher on this list, had he known when to stop. Two of the three shows I have seen spanned more than three hours. Enough Robert!

Not particularly my favourite kind of music, but I have to hand it to Mike Skinner – he knows how to get a crowd riled up.

Witnessing him banter away with the locals in Brussels in a thick mockney accent was surprisingly entertaining… and it seemed to go down a treat with them as well.

Despite being over 70 years old, Frederick Hibbert (aka Toots) still has all the charisma and verve of his youth.

It’s pretty impossible to listen to this band and not tap your foot, nod your head and throw yourself fully into an accompanying dance to their smooth and uplifting brand of reggae. Try it; I double dare ya!

Somehow Regina Spektor manages to have an even better voice live than on her records. Witness her hit the high notes in ‘Samson’ (see below) and you’ll see what I mean.

Furthermore, she has a really cutesy persona, which is incredibly endearing and makes you just want to give her a big hug.

He positively oozes cool; not many people can pull off wearing shades in broad daylight, but The Strokes’ frontman is one of the few who can.

His solo material is sadly lacking but his stage presence goes some way to atone for such shortcomings; if you get a chance to see him live, in any way, shape or form, take it.

The heady guitar riffs and resonate vocals of The Black Keys are sure to get your blood pumping.

For a band comprising just two men, the duo bring an incredible amount of energy to the stage; they’re worth seeing for that alone.

My Morning Jacket are so famously epic that they even had a parody American Dad episode devoted entirely to them.

Every song they play live feels like it could be a climactic show-stopper; that’s how epic they are.

If you aren’t yet familiar with their work, the album Evil Urges is a great place to start.

I had the fortune of seeing this legend live at Live 8 in 2005 in Scotland, and I am so glad I caught one of his shows before he passed away the following year.

From the moment he opened his set with the very first squeal of ‘I Feel Good’, I couldn’t help grinning from ear to ear. A true showman.

There’s something quite novel about seeing a musician play a harp live on stage, and Newsom’s haunting vocals are the perfect accompaniment to her deft string-plucking fingers.

She is also more than just a pretty voice, exchanging humorous banter with the crowd in between songs and even stopping the concert mid-song to seek help for someone for whom the excitement of the harp had seemingly got a bit too much (NB: said person was totally fine in the end).

The combination of Matt Berninger’s dulcet tones, The National’s ingenious lyrics and the vitality which the five-piece bring to the stage makes for a show full of fireworks.

Having seen them twice live now, I can safely say they are firmly cemented as one of my favourite live acts of all time, and have proved themselves fairly down-to-earth guys as well with their recent feature-length movie Mistaken for Strangers – although this is, admittedly, more about Matt’s brother than the band themselves.

She and the Yeah Yeah Yeahs are everything that bands like Crystal Castles want to be (who are also excellent live in their own right… though not a patch on Karen).

The sheer novelty of Sigur Rós makes it more than worth the price of entrance.

Here is band, singing mostly slow-paced songs in mostly gibberish in a falsetto voice by lead singer Jonsí… all of which sounds like it wouldn’t work so well in a live environment. It SO does.

And I haven’t even started on the violin bow used to strum the guitar… a truly mesmerising experience.

One of the few singers of yesteryear to retain his pitch-perfect voice, Neil Young consistently gives the most amazing live music performances, still reaching all of the high notes of his youth.

Whilst all of his contemporary peers are struggling to maintain their standards (see Paul McCartney, Barry Gibb, Robert Plant, Roger Waters, Bob Dylan… though it’s debatable whether Dylan ever had it to begin with), Young is still going strong, all the more impressive for the difficulty of his range.

Matt Bellamy has probably the most impressive vocal range I have ever witnessed.

Seeing him span the full spectrum of musical pitch and timbre is a feat to be envied; and although I have become disillusioned with Muse’s work as a whole in their later years (feeling they never really achieved the same heights as Origin of Symmetry), Bellamy’s voice is certainly not to blame.

The famously-anonymous French duo continue to put on fantastic live shows, full of great visuals, unusual dancers and, best of all, unbeatable beats.

Again, I’m more a fan of their earlier Homework and Discovery albums than the sugar-coated radio-friendly Random Access Memories, but the fact that they have an incredibly successful live album (Alive) speaks volumes about their electricity on stage.

You might be shocked to see the Swedish outfit so high up on this list, and prior to seeing them live myself, I would have been inclined to agree.

However, Howlin’ Pelle Almqvist has to be the most charismatic and hilarious frontman I have ever seen… I genuinely can’t think of another gig where I enjoyed the chatty interludes between songs as much as the material itself.

For one small example: in 2008, the band overstayed their allotted time on stage because they were, by their own confession, having too much fun. When confronted about this three years later, Almqvist replied: “If you’re on stage and there’s 50,000 people watching you, you can basically do anything you want. We don’t feel like enough people take advantage of this.”

Pelle Almqvist, you are my hero.

The lead singer, Wayne Coyne, will get inside a giant man-sized hamster ball made of bubble wrap and roll around on top of the crowd.

If I have to say more to convince you of The Flaming Lips live merit, we clearly want different things from life.

From swapping instruments with each other to charging around the stage like a bunch of headless chickens to invading the crowd while still playing, Arcade Fire are one of the most energetic, unpredictable, and perhaps most importantly, musically pitch-perfect bands you are likely to see.

Recently they have introduced a new gimmick to their live shows, whereby they ask audience members to dress up in formal tuxedos and ball gowns.

Such a move has prompted criticism from straight-talking Oasis singer Noel Gallagher in a typically candid interview with Rolling Stone magazine… and while I find Noel’s sentiments amusing, I can’t say I really share them. Carry on Arcade Fire!

Radiohead may be the only band I can think of whose every album is as good as (if not better) than the one before – with perhaps the possible exception of the most recent offering, King of Limbs, which for me didn’t quite reach the exalted heights of In Rainbows.

As well as constantly progressing, they are also one of the few bands who manage to refuse to play the crowd-pleasing hits… and still please the crowd. Such is the vast depth and breadth of the quality of their repertoire.

Unfortunately, I wasn’t available to ever witness these guys in the flesh, which remains my single greatest musical regret.

You may question the validity of placing a band at the top of the list which I can’t personally vouch for… but plenty have already done that for me.

Plus, I have seen many of their live videos on YouTube and on DVD and I whole-heartedly admire the way they pioneered the idea of a live show as opposed to a live concert.

Flaming Lips are probably the closest thing we have in the modern day era to replicating Pink Floyd’s innovation on the stage… but they don’t quite match up to the standards of the band who surely delivered the greatest live music performances of all time.

Have you seen any not on this list who deserve to be? Outraged at my omission of The Rolling Stones? Of Queen? Of Lady Gaga, despite the disclaimer above? Vent and share away below.