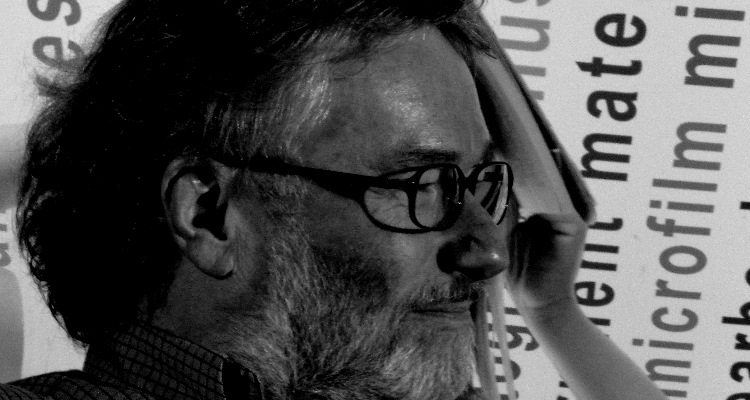 Best Iain Banks Book to Start With: a Quick Run-Down

You might want to start your journey into his impressive repertoire with The Wasp Factory, The Bridge or Walking on Glass ~ Jonny Sweet

Iain Banks was such a powerful, diverse and eclectic author that depending on what exactly it is you’re looking for, you might want to start your journey into his impressive repertoire with The Wasp Factory, The Bridge or Walking on Glass.Here, we’ll have an overview of the very best Iain Banks books to start with …

The novels (Banks’ first three published, in fact) each offer something different and unique and will appeal to different readers for different reasons.

Tragically, Iain Banks passed away in June of last year and so, for those as yet unfamiliar with his work, they will never feel the buzz of anticipation when hearing he has a new novel in the pipeline, never know the satisfaction of holding a copy of the new book in their hands upon its release.

The good news, however, is that there a rich treasure chest of stories out there, just waiting for you to read them.

And if you’re keen to get involved, but unsure which is the best Iain Banks book to start with, this guide will seek to shed some light on a tricky decision.

The Wasp Factory is Banks’ first novel. It is also his most daring, dark and downright depraved.

The anti-hero of the story is 16-year-old Frank Cauldhame, a troubled youth with a disturbing past who amuses himself by torturing animals (especially wasps) and getting drunk with his dwarf friend Jamie.

Frank clearly has a lot of issues in his past, which become clearer throughout the novel as we learn more and more about his dysfunctional childhood and, particularly, his family.

His mentally-ill brother Eric escapes from an insane asylum and conducts periodic telephone conversations with Frank, and the denouement reveals a dark and terrible secret that his father has been keeping from him.

The novel is by far Banks’ most adventurous work, presenting a world-view from a deeply damaged individual.

For this reason, it may not be everyone’s cup of tea.

However, if you like reading literature with a high shock-factor, unpredictable twists and richly-macabre black humour, The Wasp Factory might be a place to start.

If you are not a fan of such twisted literature as The Wasp Factory but still like an intriguing and challenging read, perhaps Walking on Glass will be more to your taste.

The novel intertwines three seemingly separate narratives, wrapping them up in a satisfying (if unsettling) conclusion.

On the one hand, we meet Graham Park, a young man intent on wooing a close friend of his.

Secondly, we are introduced to Steven Grout, a paranoiac who may or may not have mental health problems, and who is convinced that the ‘Microwave Gun’ is constantly attempting to shoot him as he walks down the street.

The novel intertwines three seemingly separate narratives, wrapping them up in a satisfying (if unsettling) conclusion

Finally, we are acquainted with Quiss and Ajayi. Unlike the other two characters, these do not seem to be living in the same world as the reader – or at least not the same era.

They are war criminals imprisoned in a castle with floors seemingly made of glass.

A perplexing read to start with, the novel comes together nicely and offers an insight into Banks’ uniquely imaginative style.

For those interested in a more traditionally linear plot that still retains elements of surrealism, The Bridge might be the best Iain Banks to start with.

Actually my favourite of Banks’ entire catalogue, The Bridge opens in a sinisterly familiar dream sequence before becoming fixated with an imagined world inside the Forth Rail Bridge, just outside Edinburgh in Scotland.

Those who are from or who live in Scotland (and in particular Edinburgh, South Queensferry or the surrounding area) will take pleasure in recognising stories and anecdotes about local landmarks.

Those wishing to learn more about the Scottish lifestyle (even those who have never set foot in that bonnie land) can also take something away from the book, although it is too surreal to act as a definitive guide to the country.

Nevertheless, the plotline is engaging and the setting picturesque, and worth a read as an entry point for those wishing to mix realism with fantasy.

In Search of a More Grounded Read

If you prefer your Banks without any surreal sub-text, there are a whole host of later works which concentrate less on such dreamlike and other-wordly themes as those above.

There are a number of books much more firmly grounded in reality which deal with the themes of family and of growing up, such as The Crow Road, The Steep Approach to Garbadale, Stonemouth and The Quarry.

All of these novels employ Banks’ trademark wit and relaxed manner of writing, making his work both easy and compelling to read.

Alternatively, at the Other End of the Scale…

You may also be aware that Banks wrote under another name, inserting the middle inital of Menzies into his authorship when writing science fiction.

If you are a science fiction fanatic and are looking for the best Iain M Banks novel to start with, you should look no further than the ‘Culture’ series.

You may also be aware that Banks wrote under another name, inserting the middle inital of Menzies

The series spans nine titles, and as with any series, it’s always best to begin at the beginning. In this case, that means the 1987 offering Consider Phlebas.

Penny for Your Thoughts

What do you think?Have you read any Iain Banks?

Do you disagree with my choices?

What would you put instead?

Leave your thoughts below and I’ll send you a penny in the post.