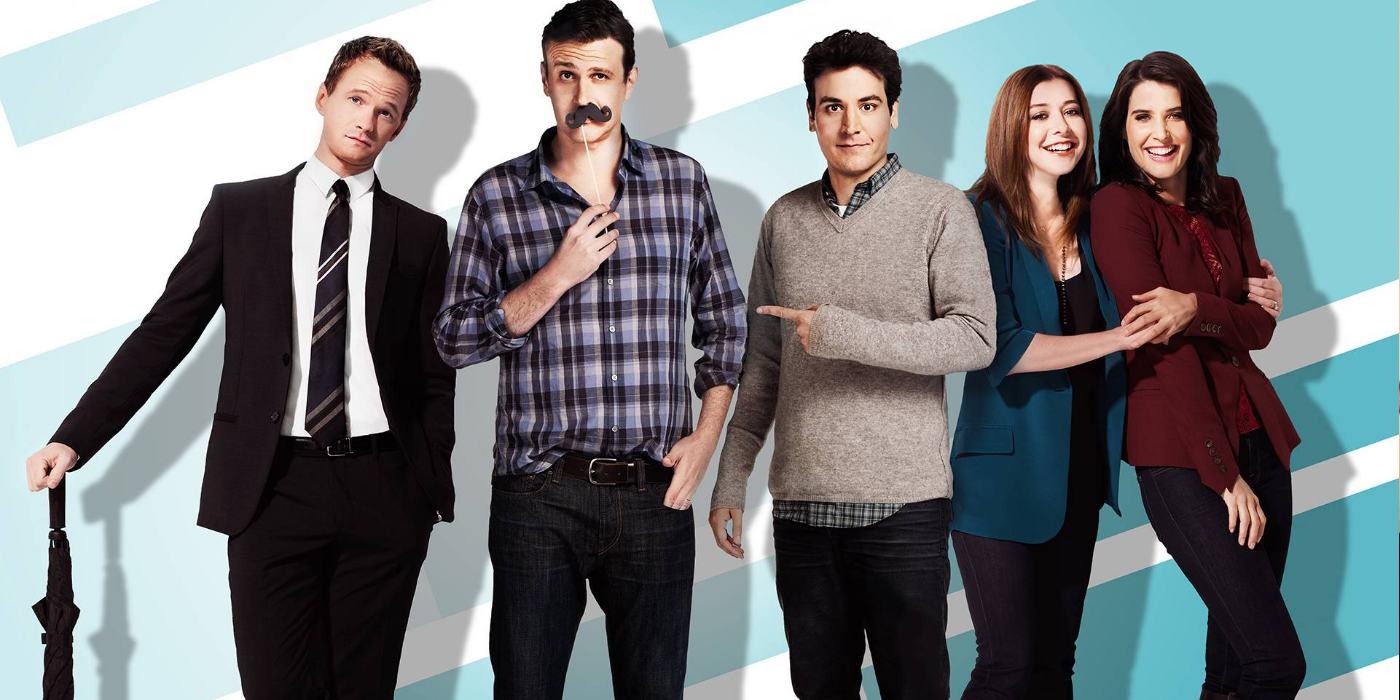 Best ‘How I Met Your Mother’ Characters and Quotes – TV Triumphs

How I Met Your Mother is the perfect recipe for friendship and hilarity. Think of it as an entertainment pie, if you will. The crust is all the funnies, and the meaty bit in the middle is the raw friendships and relationships. ~ Kerry Provenzano

When How I Met Your Mother (Pamela Fryman et al, 2005 – 2014) first graced my bedroom television following reruns of The Big Bang Theory (Mark Cendrowski, 2007 – Present), I found myself just giving it the odd glance here and there: it didn’t seem like anything special at first.

Little did I know that I would soon fall in love with the best How I Met Your Mother characters and quotes.

As with the vast majority of television shows, it’s the characters that make it great -and until you know the characters, it’s not all that. And the best characters in How I Met Your Mother are corkers. (Can I still use that word? That’s not too 2005 of me is it?)

I found myself giving this Friends (Gary Halvorson et al, 1994 – 2004) kinda style of show more and more glances as I pottered around my room.

There was the odd chuckle here and there.

If you’re a fellow HIMYM fan (that’s How I Met Your Mother for future reference), you’re gonna love this post, and if you’re not, it’s going to give you the best possible head start.

You see, I’m gonna fill you in on the greatest characters and the best How I Met Your Mother quotes ever, so you get an idea of what the show is like before you start watching.

That way, when you do find yourself propped up on the sofa with a huge bag of microwave popcorn watching an episode or two, you’ll know who everyone is and it’ll take less time to settle into a show I’m sure you’re gonna love.

He’s one of those people that no matter how much they try and listen to their head, their heart always has the final say.

He’s a romantic, and can’t imagine settling for anything else but real, all-consuming love.

How I Met Your Mother revolves around him and the story he tells his kids of – get this – how he met their mother. He’s a real gentleman and you can’t help but root for him from the offset even if every now and again you find yourself thinking ‘FOR THE LOVE OF EVERYTHING GOOD, PULL YOURSELF TOGETHER TED’.

– Ted: “Shouldn’t we hold out for the person who doesn’t just tolerate our quirks…but actually kinda likes them?”

– Ted: “You will be shocked kids, when you discover how easy it is in life to part ways with people forever. That’s why, when you find someone you want to keep around, you do something about it.”

“When I get sad I stop being sad and start being awesome instead. True story” – Barney Stinson

Barney Stinson is the show’s staple ‘single guy’ and founder of The Lemon Law; a law that allows someone to call off a date within the first five minutes if they don’t think it will go anywhere.

When he’s not sleeping with multiple girls of multiple ethnicities in multiple places, he’s hanging out with his friends in a local bar, telling them about the multiple girls he’s been with.

Barney always seems to have a story. Whether it’s about a wild night out or something that has inspired a new part of his ever-referenced ‘Bro Code’, Barney is that guy from school who you couldn’t have a party without.

Barney: “Think of me like Yoda, but instead of being little and green I wear suits and I’m awesome. I’m your bro—I’m Broda!”

“I love a Scotch old enough to order its own Scotch”. – Robin Scherbatsky

Robin is a journalist and general badass.

She was a Canadian pop star as a teen under the name ‘Robin Sparkles’ (yes, really) becoming semi-famous with her hilarious hit record about shopping in a mall.

She dates Ted on and off for a while, but never seems to waver that independent woman persona that makes her so great.

She can be cold, she can be blunt but she’s the woman everyone needs to be when they’re feeling weak.

Aside from Ted, her boyfriends are often laugh-worthy, but Robin never seems to let her guard down completely so it hardly matters.

Robin: “The future is scary but you can’t just run back to the past because it’s familiar.”

Why do we Love HIMYM?

So what is it that makes the characters and the stuff that comes out of their mouth so memorable?

For me, the closest you can get to real life experience from the comfort of your couch comes in the form of How I Met Your Mother.

Watching others make mistakes, make friends and make memories is a soothing break from a hectic life

There’s something quite comforting about watching characters potter about their lives and all the jokes along the way.

Whether you’re laughing at their mishaps, hoping for their relationships to work or sympathising when they don’t, How I Met Your Mother draws you in in a way some TV shows just can’t do.

You find yourself caring and let me tell you, my level of annoyance whilst watching this show (“what a stupid line, what an unrealistic storyline” etc) is completely non-existent.

Be Honest, who’s a Barney ?

So I’ve given you a little run down of the best How I Met Your Mother characters and their greatest lines, now what I’d like to know is what character do you think you’re most like?

What are your all time best How I Met Your Mother Quotes? Please, leave your comments below!