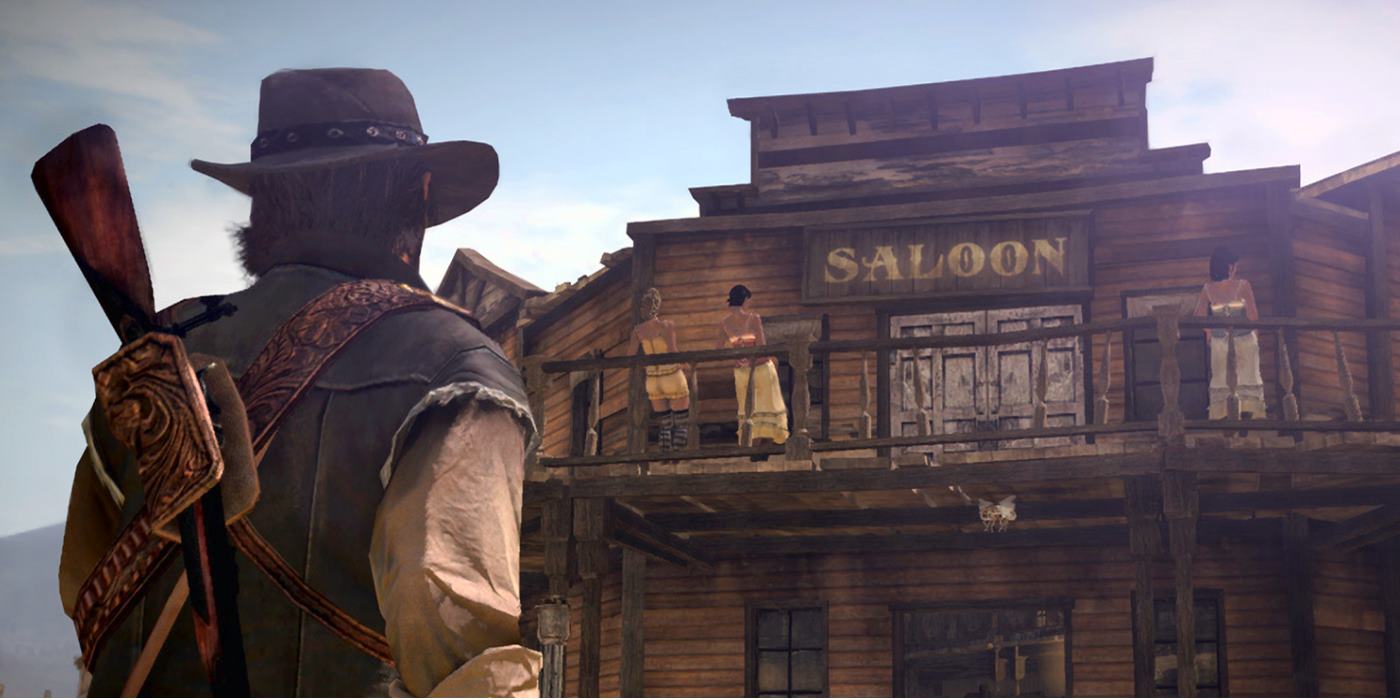 6 Best Games Like Red Dead Redemption in the Wild West

It seems like there are surprisingly few cowboy games out there, and even fewer that are worth your time. RDR set a new benchmark in Western games with it’s free-roam world and perilous landscapes but what then?

GUN may be a little older now but as a great Spaghetti Western open-world title it should be top of your list. ~ Zoey Hughes

“Cowboys and Indians” has charmed kids everywhere for so long the game is now politically incorrect! Who doesn’t love the good old Wild West in an old classic Western, but what about when you want to ride around the great frontier?

Luckily for you I’ve done the leg work for you so you can sit back, relax and read about the best games like Red Dead Redemption.

What Games Are Similar to Red Dead Redemption?

I’ve seen so many articles online suggesting that other open world titles such as Grand Theft Auto are perfect replacements, but they’re really not. Yes GTA is by the same people, and yes it has some similar gameplay mechanics but you didn’t play Red Dead for those things, did you now.

You played because you wanted a gun and a lasso and to wander around in chaps without someone laughing so let me make one thing clear; I am only going to suggest other games with a Wild West theme.

Some of them are open world, some of them aren’t, but every one of them will let you mosey on into town and go to the saloon whilst your horse rests.

Red Dead Revolver is the spiritual predecessor to RDR.

Although the game is radically different in setup it had enough good elements to spark the inspiration for your favourite Western game and that makes it a winner in my books.

The game is a highly stylised third person shooter that comes complete with a grainy film-reel effect overlaid and a Spaghetti Western music score.

Expect plenty of slow-mo gun-toting action in this one. The story tells the tale of two men, one of whom is captured by the Mexican government and must be rescued by the other who goes in all guns blazing.

Some games have abstract titles that make you think but GUN just gets straight to the point. The action-adventure title is an open world Western marathon and that makes it just what we’re looking for.

Many of your favourite Red Dead activities can be found in this title including poker, horse-riding, hunting, bandit attacks and even quests to take down corrupt officials.

Just be aware that the townspeople in GUN won’t put up with unlimited nonsense. Any anti-social act chips away at their collective patience until they will eventually call you out for a showdown.

Call of Juarez is a FPS series that has been traditionally set in the Wild West. N.B. Stay clear of CoJ: The Cartel which tried a modern day setting and crashed and burned due to the changes.

The first game has two protagonists with overtly different styles and will alternate which one you play as on a level by level basis. Billy has a lasso, a bow and arrow and concentrates on a stealthy approach whilst Ray is very much a fan of run and gun techniques and can carry either two weapons or one weapon and a… Bible? Well, each to their own.

In combat there is a “focus mode” in which you can slow down time and fire at will whilst your reticle moves on its own accord, which may not be quite as cool as the slow-mo in Red Dead but very little is.

The whole series is fun, doesn’t take itself too seriously and is perfect for those who just aren’t ready to move back to modern day civilisation just yet.

Other Games to Check Out

There really aren’t many good games like Red Dead Redemption. It seems like we need society to become cowboy obsessed a la vampires and then zombies before we’ll get a huge influx of manly rugged men roaming the vast plains in video games.

Until the Red Dead sequel keep yourself busy with GUN if you have access to older consoles or Call of Juarez if you don’t. And if you haven’t already, treat yourself to the epic Undead Nightmare DLC for RDR.

If you’ve found a Wild West gem that you just have to share then use the comments below.