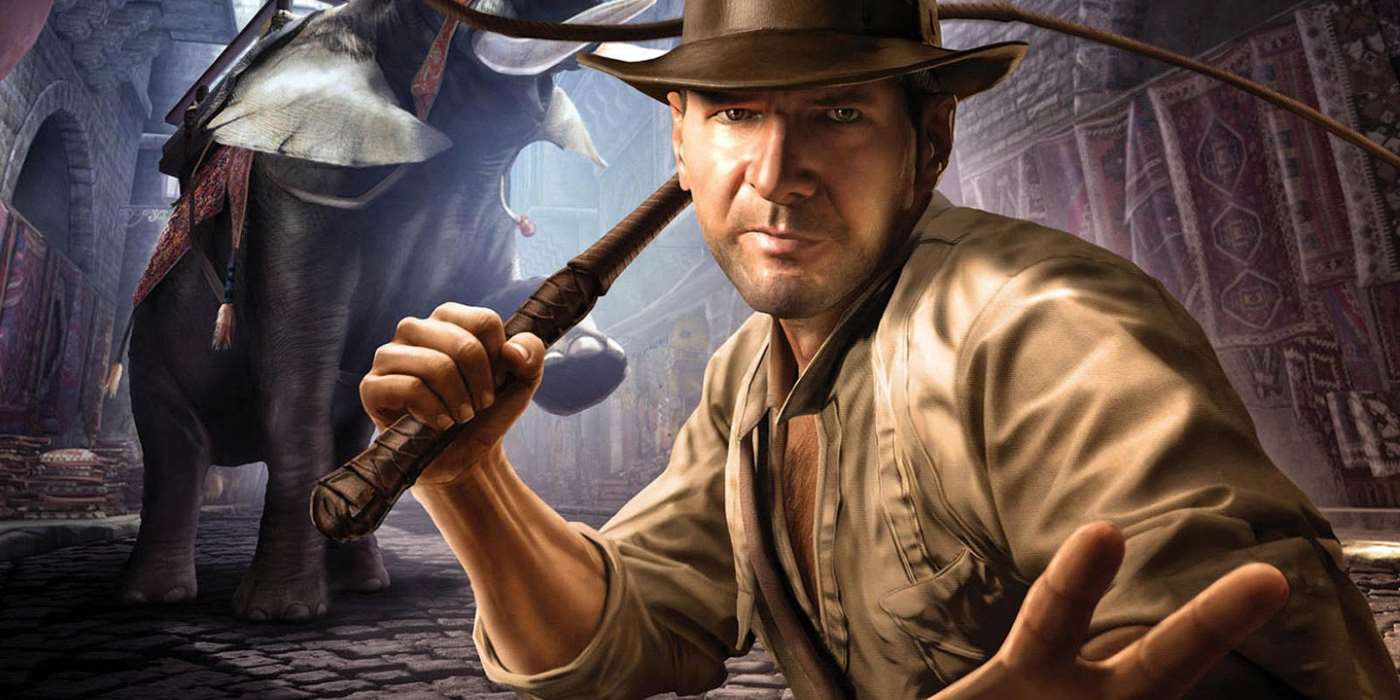 For action-filled temple exploration that will make you personally feel like Indy get your hands on Tomb Raider and Uncharted titles. ~ Zoey Hughes

Family favourite Indiana Jones has been entertaining the masses on screens as a blockbuster trilogy and a video game franchise for a long time and yet its appeal is still fresh with Indy still having a place in our hearts despite the abominable Crystal Skull disaster.

If you’re looking to replicate your favourite sexy archaeologist’s adventures in video game form and you’ve already obliterated all the actual Indy titles then fear not.

The best games like Indiana Jones are awesome games in their own right and will have you feeling like an adventurer yourself in no time.

Games Similar to the Movies

If you’re simply looking to replicate the action, relics and temples that you’ve loved in the Indiana Jones movies then these titles will fit the bill perfectly for you.

The Tomb Raider series has long been compared to the Indiana Jones films and for good reason. There’s the smoking hot protagonist with a brain as well as good looks, there’s the relics infused with mystical powers and there’s plenty of action as you explore dangerous tombs.

There’s even the rival archaeologist. Yes, there’s really not much separating our two heroes except the gender change, and I think that goes a long way towards explaining Lara Croft’s eternal and universal appeal.

The Tomb Raider series has been going so long that I won’t tell you which title you should start with, just know there’s only a couple you can go wrong with.

If you’re interested in exploring the series for the first time click here to read about the best (and the worst) titles released so far.

Accused of being a modern day iteration of Tomb Raider (ridiculous as Tomb Raider is still the modern day Tomb Raider) Uncharted brings back the idea of the rugged male protagonist and does so with ease and charm. The first game even has pirates, who hound you relentlessly as you endeavour to find the lost treasure of El Dorado.

There’s currently three main titles in the series (a fourth is in the works for the PS4, so look out for more games like Uncharted while you’re waiting) all released as PS3 exclusives, along with a prequel and a card game. As they’re all on one system currently I would strongly recommend following the series from the beginning to make the most of these great video games similar to Indiana Jones.

One of the many forms Indiana Jones has been reimagined in is Lego. If you’re trying to replicate the experience you had with those games then I would recommend Lego Batman and its sequels but for a full run down of the Lego series click here.

Games Similar to The Fate of Atlantis

There have been many Indy games over the years (for a full list click here) but for many fans it has never got any better than LucasArts classic point and click The Fate of Atlantis.

If it’s that form of Indy you’re trying to replicate then you could do an awful lot worse than to raid LucasArts’ back catalogue for other gems.

Although you’re not likely to find any other temples to explore the gameplay was reused many times in their golden age, providing the basis for such masterpieces as The Secret of Monkey Island and its sequels. Along with the Monkey Island saga I would also recommend The Dig, Full Throttle and Grim Fandango (check out some great similar games here).

They may be ancient but they’re also essential playing for any adventure fan.

There are actually surprisingly few video games like Indiana Jones, and even fewer that are worth a play. I do know of others but as they’ve been universally panned I would not suggest you waster precious time on them. Maybe the problem is the high standard of some of the Indiana Jones games themselves, maybe it’s the domination that Tomb Raider had over that niche for so long, but whatever the reason your choices are limited.

Personally I think I’d rather have a couple of great choices and having adored all the above options I don’t think we can complain. Besides, both Tomb Raider and Uncharted account for many great titles in their respective series so there’s far more hours of gameplay than you would first think.

Do you know something I don’t? If you’ve found a great title that reminds you of Indiana Jones then let me know in the comments below.