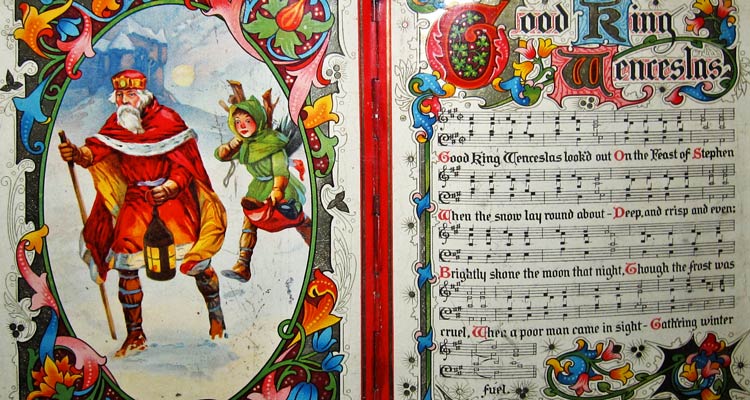 Best Charity Christmas Songs: Sing Along & Save the World

If there is a world emergency, musicians are fast at answering a call to help with a charity single.

Christmas is a time to do some charity so to feel less guilty about gorging on food and indulging in a bit of consumerism, we are happy to part with some cash to feed the world. Sarcasm aside, Christmas charity singles have become great success stories if you look at record sales.

Here’s a list of 3 of the best charity Christmas songs, chosen for both their fundraising performance and for the artists who took part.

Do They Know it’s Christmas?

In December 1984 a charity single was quickly put together to provide help to an emergency situation in Ethiopia: children were starving and something had to be done about it.

Say what you want about charity songs but if Do They Know it’s Christmas gained Bob Geldof a knighthood, it can’t be that bad! Geldof’s public outburst during the BBC live broadcasting of Live Aid in 1985, the stellar concert that accompanied the initial charity song,  also boosted donations to NGOs in Ethiopia.

20 years later, Band Aid 20 tried to replicate the original song’s success to raise money for  famine relief in the Darfur region of Sudan. Paul MacCartney, George Michael and Bono were the only artists that appeared on both the original Do They Know it’s Christmas and in Band Aid 20. The musical ensemble included Coldplay, Robbie Williams, Jamelia and Dizzee Rascal among others.

May the stars shine all around you, may your courage never cease.

One of the best-selling charity Christmas songs is Wherever You Are by Gareth Malone, presenter of BBC’s The Choir, and the Military Wives. The song has made it to the top 20 best-selling music products of all-time on Amazon for making £631,000 in 2011 (more than Lady Gaga‘s Born This Way).

The aim of the BBC programme was to raise the profile of wives and partners of servicemen working in Afghanistan; proceeds from the single went to the Royal British Legion and SSAFA Forces Help.

Paul Mealor composed Wherever You Are – his music was also performed at the Royal Wedding of Prince William and Kate Middleton in 2011. Lyrics include the words “May the stars shine all around you may your courage never cease”.

The X Factor finalists sang a cover of David Bowie‘s Heroes in 2010; the charity single reached number 1 immediately after its release. Proceeds from the song went to the charity Help for Heroes, which supports injured servicemen and women.

Lou Reed‘s Perfect Day was covered in 1997 by Lou Reed himself and a “super-group” of artists including David Bowie, Bono, Elton John, Gabrielle, Laurie Anderson and Courtney Pine.

The song was released as a charity single for Children in Need, stayed at the top of the charts in the UK for three weeks and contributed £2,125,000 to the charity. It is one of the best Christmas songs (charity – UK based).

***
So there you go, this is just a small sample of songs but the story behind them it’s quite fascinating. Since the ingenious invention of the charity single, now we can indulge our love of music and do a good deed at the same time.