See More Results
Home > Movies > Movies Interesting Articles > The Best and Worst Versions of a Christmas Carol: A Century of Scrooge on Screen 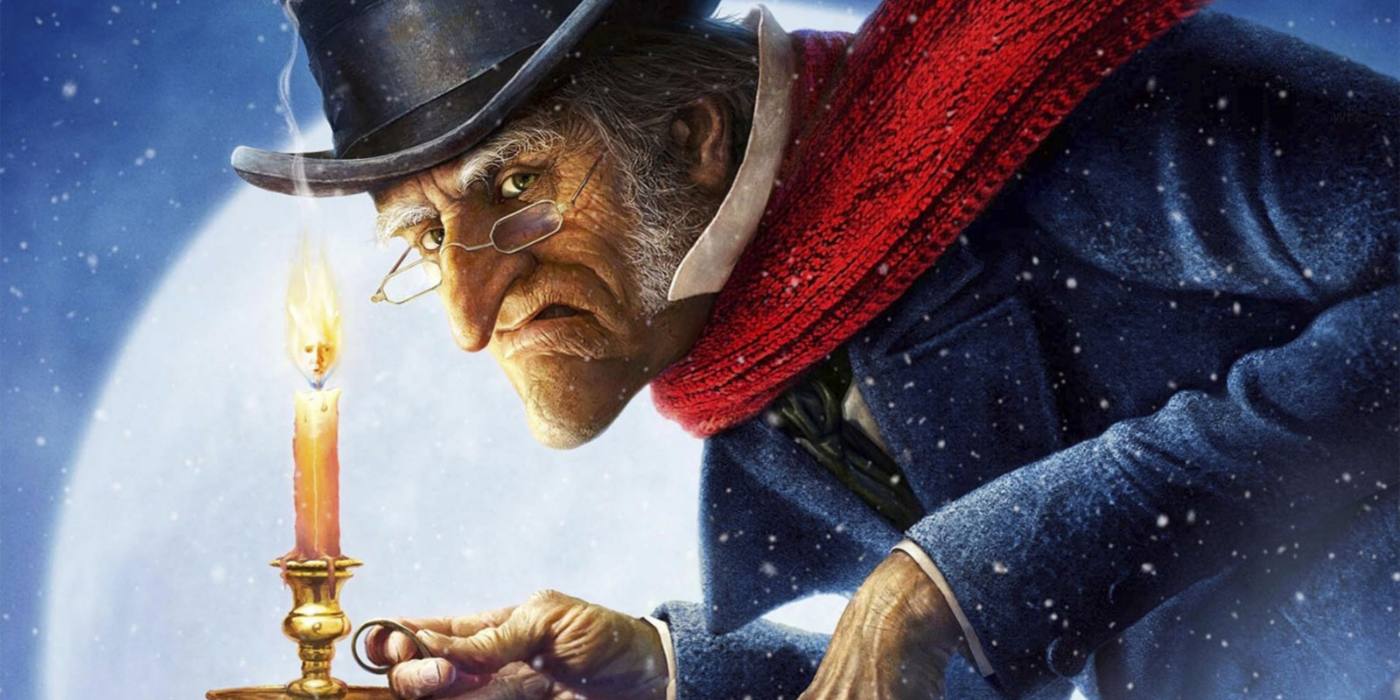 The Best and Worst Versions of a Christmas Carol: A Century of Scrooge on Screen

When it comes to A Christmas Carol movie adaptations, the roll call reads like a history of cinema, taking in Thomas Edison’s own silent production, the musical Muppet version and Robert Zemeckis’ 3D motion capture along the way. But which are the best and worst versions of A Christmas Carol? ~ Jane Howarth

How Many Film Versions of A Christmas Carol Are There?

A Christmas Carol (1843) has been adapted for more than twenty movies, with the first archived film dating back to 1901.

The BFI hold the last remaining fragments of Scrooge, or, Marley’s Ghost (Walter R. Booth, 1901), just 620 feet of film. Though the action itself is none too chilling, this century-old footage looks quite ghostly in itself.

While the story’s traditionally a Victorian London tale, complete with vivid descriptions of the little courtyards and taverns of the city, movie versions like Italy’s It’s Never Too Late (Filippo Walter Ratti, 1953) relocate the tale. It turns out misers, ghosts and repentance translate into any language.

If you’ve seen all adaptions already (the good ones, the bad ones, the okay ones), why not have a look at the other movies like ‘A Christmas Carol’?

Here They Are: from Worst to Best

I’d love to say this is a definitive list, but everyone’s got their own attachments, and I’d love to hear your own best and worst picks in the comments. These might be only a few of the films on offer, but I think they’re all notable in one way or another.

Push aside those four poster bed curtains, we’re going on a journey – but unlike the story’s ghostly route from light to dark, let’s work our way towards the best.

I had high hopes when this animation was announced, because the animation itself is lovely, and the cast is good, including Kate Winslet.

But unfortunately that’s where the problems start for me. Scrooge’s youthful romance takes centre stage, accompanied by Winslet’s theme song and an expanded role for first love Belle, and I can’t help feeling it makes the movie too wistful.

Disney, Robert Zemeckis, Jim Carrey… what could go wrong? The extensive special effects manage to be both realistic and magical in turn, launching the audience into Victorian London before sending them on a series of dazzling visual adventures.

Created for 3D, though, the movie often gets a bit excitable about the format. Yes, prepare for the old ‘objects flying out of the screen’ trick and a miniaturised Scrooge capering around. What a shame that the effects take over, because this could have been wonderful.

The first talking picture to revisit Dickens’ tale should be a highlight of the collection.

Unfortunately, it’s rather short on ghosts. They’re heard for the first time on film, in what’s otherwise a beautiful production, but not seen – I don’t know about you, but I can’t help feeling let down.

A spectre drought is a huge shame in what is effectively a ghost story as much as it’s a moral tale, but the good thing is, if you’re curious about this movie you can enjoy it for free. Henry Edwards’ version is now in the public domain.

I quite like this version, with Bill Murray as a suitably corporate ‘80s Scrooge. He’s his usual grumpy self, and it’s a great match.

Plus, with a New York setting, this movie offers the best of both Christmas worlds – Victorian story meets the 20th Century’s favourite holiday movie setting.

What’s keeping this movie from moving up the list? Well, it’s a great movie in general, but I kind of miss that 19th Century charm.

And here we are, back under Queen Victoria’s reign with a made-for-TV movie.

Patrick Stewart and Richard E. Grant take on the parts of Ebenezer and his employee, with supporting turns from Dominic West, Celia Imrie and Liz Smith, lending some acting credence from the very start.

This one might not be groundbreaking, but there are some great moments that go beyond the basic movie adaptation template. It’s a production that takes in some of the short novel’s little moments of darkness, all under the gloss of a true ‘90s production.

The classic production sees Alastair Sim as the infamous miser, inspiring later productions’ portrayal of the character, including Jim Carrey’s take – as you know, I’m not too keen on the final results, but I love the fact that he looked to the movie’s onscreen heritage.

And that’s one of the standout features of the 1951 movie. It develops the character of Scrooge, taking inspiration from the book to fill out his life a little more. Here, he’s more than just a trope.

Michael Caine leads the human contingent of the Muppet musical, in a production that my whole family agrees is their favourite.

It’s drama filled but full of cute characters and addictive songs, and somehow it sails effortlessly between chilling hauntings and hilarious ones (Marley and Marley are unparalleled in that department).

You’d think a puppet-based production would lose a little integrity, but thanks to Gonzo and Rizzo’s turn as narrators, the Muppet production salvages some of the wonderful passages which, not belonging to anyone’s dialogue, usually fall down the gaps.

The story might be the same, but each version is a little different. And ultimately, I think the best film versions of A Christmas Carol make good creative choices without losing the best qualities of the original material along the way.Feel like you’ve seen every variation of A Christmas Carol now? No problem, Mel’s collection of Charles Dickens’ ghost stories is just what you need – a spooky Dickens fix with a new cast of characters.

Which A Christmas Carol Movie Adaptions Do You Love and Loathe?

Like the Ghosts of Christmas Past, Present and Yet to Come, some of these movies were something I don’t want to see again, others were promising before taking a turn for the worse, and a few delightful examples remind me of the best Christmas memories.

But which versions do you love, and which could you do without?