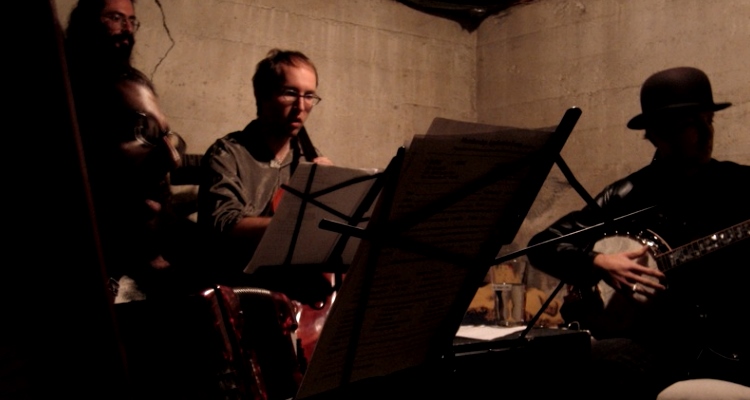 In the last five years or so, there has been a notable surge in the amount of singer/songwriters and mandolin wielding acts that have somehow muscled their way into the mainstream charts. ~ Leo Collis

Let’s Look at Bands Similar to Mumford and Sons

We’re embracing the beard, adoring the accordion and really getting back to our rural routes with a number of fine and fabulous folksy acts.

For many people, bands like Mumford and Sons have provided a gateway into the world of the harmonica and banjo, while many purists will argue against the musical stylings of the four-piece who are now on hiatus.

If you are one of the distraught fans of the London-based folk foursome following their step-back from the limelight, sigh no more (get it?!) there are a number of fantastic bands that sound like Mumford and Sons out there that you can fall in love with.

If you haven’t actually heard of this band by name, it’s more than likely that you’ve heard at least a snippet of their music.

This Icelandic five-piece have found incredible success in recent years off the back of their debut album My Head Is an Animal.

An ethereal, mystical and hypnotic brand of folk-pop music

Delivering an ethereal, mystical and hypnotic brand of folk-pop music, Of Monsters and Men are the kind of band you want to listen to when you just want to forget everything and be taken away to a land of magic and mystery.

If you like Of Monsters and Men as much as I do, don’t forget to have a look at these other amazing bands as well.

Britain’s best-kept secret when it comes to stunning singer/songwriter material – although it’s baffling that he hasn’t scaled the much greater heights that he so richly deserves.

Ruarri Joseph has had his talents showcased on Dermot O’Leary‘s BBC Radio 2 show and in last year’s BBC Three Glastonbury review programme among other notable exposures, and is often found travelling around the country performing to dedicated followers.

A blend of uplifting, nostalgia-tinged odes and melancholy reflections

Offering a blend of uplifting, nostalgia-tinged odes and melancholy reflections on the trials and tribulations of life, multi-instrumentalist Joseph is really a man for all occasions.

Now a seasoned veteran when it comes to recording and performing, Seth Lakeman has built up a cult following since his first release in 2002 entitled The Punch Bowl with his dramatic and olde-worlde offerings.

This year has seen Lakeman release his latest album Word of Mouth, a record that has really seen him get back to folk basics.

Mixing violins, banjos, acoustic guitar and a whole range of other instruments

In it, one song takes inspiration from interviews he conducted with a former rail worker, while another encapsulates the story of a witness of the D-day landings rehearsal.

Mixing violins, banjos, acoustic guitar and a whole range of other instruments into his finely woven musical tapestry, Lakeman provides classic folk stylings with a certain swagger and style.

Newcomers to the scene Lily and Meg have already been impressing critics with their heavenly harmonies and subtle elegance.

The pair complement each other perfectly to create an extraordinarily haunting melody that is matched by their skillful musicianship and songwriting craft.

Having just released their second EP entitled In the Water, be sure to keep your ears open for this Falmouth-based duo.

Time for you to tell us your views / favourite bands / and/or anything you think needs to be added here.

Any music like Mumford and Sons you think we’ve missed?