See More Results
Home > Games > Games Like > Are There Games Like Fable or Are We Doomed to Replay Forever? 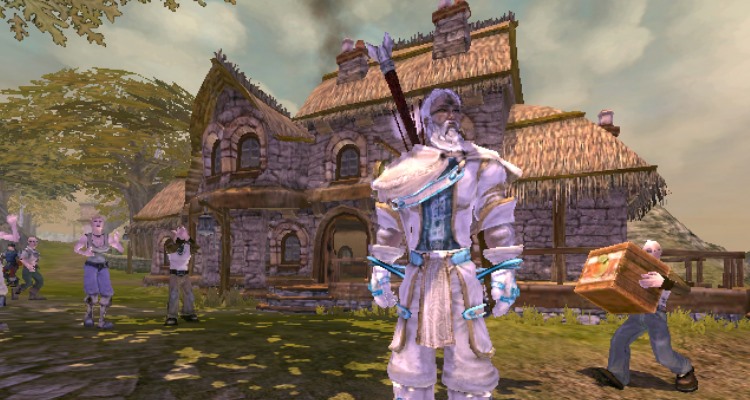 Are There Games Like Fable or Are We Doomed to Replay Forever?

If you don’t mind MMOs then check out RuneScape, otherwise Overlord and Jade Empire are very enjoyable options. ~ Zoey Hughes

’s hit series Fable gave us a whimsical journey through an RPG world filled with choices to make and gargoyles to smash but with the success of the series resulting in it turning it into little more than a lack-lustre cash cow have we seen the last of the decent games in the franchise.

The problem is finding a replacement. Are there games like Fable available or have we been robbed of a treasure too soon? Here are the games I’ve found closest to the Fable saga and why you should try them.

It’s been around for ever and chances are all you know about it is that RuneScape is a MMORPG but there are definite similarities here. The combat is fairly straight forward and of an action-RPG style, and definitely feels like it’s in the same vein as Fable.

The medieval world is expansive and filled with a variety of creatures and quests for you to handle. You can even buy a variety of properties (we all know the appeal of being a property magnate was one of the reasons we loved Fable), and if you had a bizarre amount of love for the mini-games in Fable then prepare to boost your stats through the roof as you learn skills such as woodcutting and fishing all over again.

Combat is divided into melee, magic and ranged skills and you’ll again need to utilise all three to be truly efficient at slaying any foe you come across.

Long story short, RuneScape (find more great similar games here) is surprisingly one of the best games like Fable and with constant updates and a ginormous MMORPG world to discover it’s likely to keep you busy a lot longer than the whole Fable trilogy combined.

One of the things about Fable that’s particularly hard to replicate is its sense of humour. If you’re on the hunt for more chicken kicking and abusive hunks of rock then the humorous stylings of the Overlord series should be right up your street.

Although technically an action-adventure game, elements of both strategy titles and RPGs are rife throughout, as you control a horde of goblin minions as well as your own character.

Both titles are tales of power and corruption, with the second and much improved story being the brainchild of Rihanna Pratchett of Tomb Raider fame (oh and I think she has a famous Dad somewhere too…). Of course any good tale of corruption gives you a chance to be corrupted yourself and sure enough you’ll find a morality meter and two distinct endings to be discovered depending on how squeaky clean you like to play these sort of games.

Expect a lot of kingdom organising a la Fable III along with mischievous monsters and a whole heap of mayhem.

Neither of the Overlord games are going to make it onto the top of any best games list but if you like a good storyline with plenty of dark humour that’s just genuinely good fun to play then grab one of these and enjoy.

Jade Empire seems to be one of those hidden gems that despite a good critical reception just didn’t get played as much as it deserved. If you missed out on this great little action-RPG then it’s not too late to rectify the situation, and it’s certainly a strong contender on this list.

Set in a mythical world that borrows heavily from Imperial China a combination of martial arts, weapon skills and good old-fashioned sorcery will be required to conquer this beautiful game. Every quest has multiple paths to completion, as does the game as a whole although a true black and white, good vs evil approach is avoided as the game does mention that “I believe there can be intrigue behind the Way of the Open Palm, and honour behind the Way of the Closed Fist”.

A true black and white, good vs evil approach is avoided

Other Video Games Similar to Fable

Games like Fable sure aren’t piling up ready to be played but I hope I’ve given you some options to think about. My pick of the bunch has to be Overlord II as I think the dark humour makes these two titles tonally similar, which to me is key.

If you’ve bumped into a Fable-alike that I’ve not mentioned let me know in the comments.