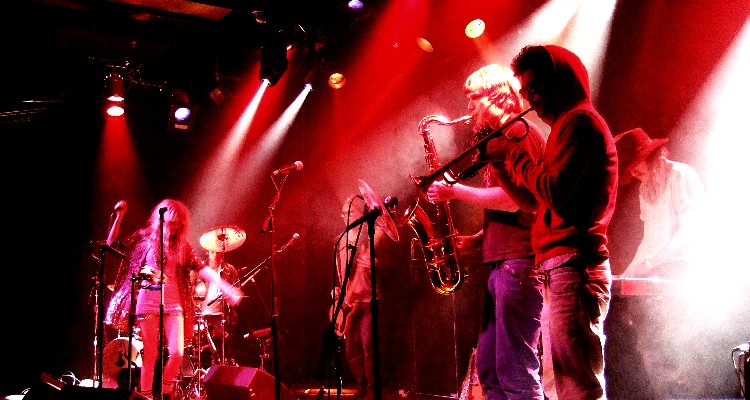 “Misfit! Freak that’s on the street!”

Let’s all sing along now!

OK how about Name and Number? “Hey, how you’re doin’? I’m sorry you couldn’t get through”.

Now this is starting to sound vaguely familiar… where did I hear that before?

The first pioneers of acid jazz emerging in the 90s.

Well, those cheeky girls from Little Mix in their 2013 hit single How Ya Doin’  sampled  Name and Number by the band Curiosity Killed the Cat, who were among the first pioneers of acid jazz emerging in the 90s.

“Such a good feeling, that’s where I wanna be yeah”.

That’s the chorus from Incognito‘s 1990 hit which featured a cover version of the 1975 jazz-funk instrumental tune Always There by jazz musician Ronnie Laws.

Always There by Incognito featured the amazing vocals from Jocelyn Brown, who for me is one of the most talented and versatile singers ever, who is perfectly comfortable moving from soul to funk and disco.

Jocelyn Brown also features in Incognito‘s 1992 single, Don’t You Worry ’bout a Thing, which was originally recorded in 1973 by the legendary Stevie Wonder.

Perfectly comfortable moving from soul to funk and disco

Can you see a pattern emerging?

I’ll give you more clues.

A Tribe Called Quest, The Brand New Heavies, James Taylor Quartet: these acid jazz bands dominated the airwaves and charts in the 90s.

Blending traditional jazz with either vocals or rap, soul and funk, these bands created a new genre that reinvigorated the music scene after a somewhat lacklustre series of half-hearted music productions in the late 80s.

These game-changing bands released memorable songs like 1994’s Dream on Dreamer by The Brand New Heavies, 1991’s Can I Kick It by A Tribe Called Quest and 1995’s The James Taylor Quartet tune Stepping Into My Life.

Blending traditional jazz with either vocals or rap, soul and funk, these bands created a new genre

Can I Kick It is a clear demonstration of eclecticism by blending samples of Walk on the Wild Side by Lou Reed, What a Waste by Ian Dury, Spinning Wheel by Dr. Lonnie Smith, Dance of the Knights by Sergei Prokofiev and Sunshower by Dr. Buzzard’s Original Savannah Band.

A little note about The James Taylor Quartet: have a listen to their reworked version of the Starsky and Hutch theme, its funky flavour will get you up and dancing in no time.

Personally I would also say that their collaboration with disco diva Alison Limerick (Where Love Lives) brought a fantastic soulful, feminine sound to their slightly masculine music.

Phew! That was a bit of an acid jazz music marathon! Are you going to give acid jazz a try? Let me know in the comments.