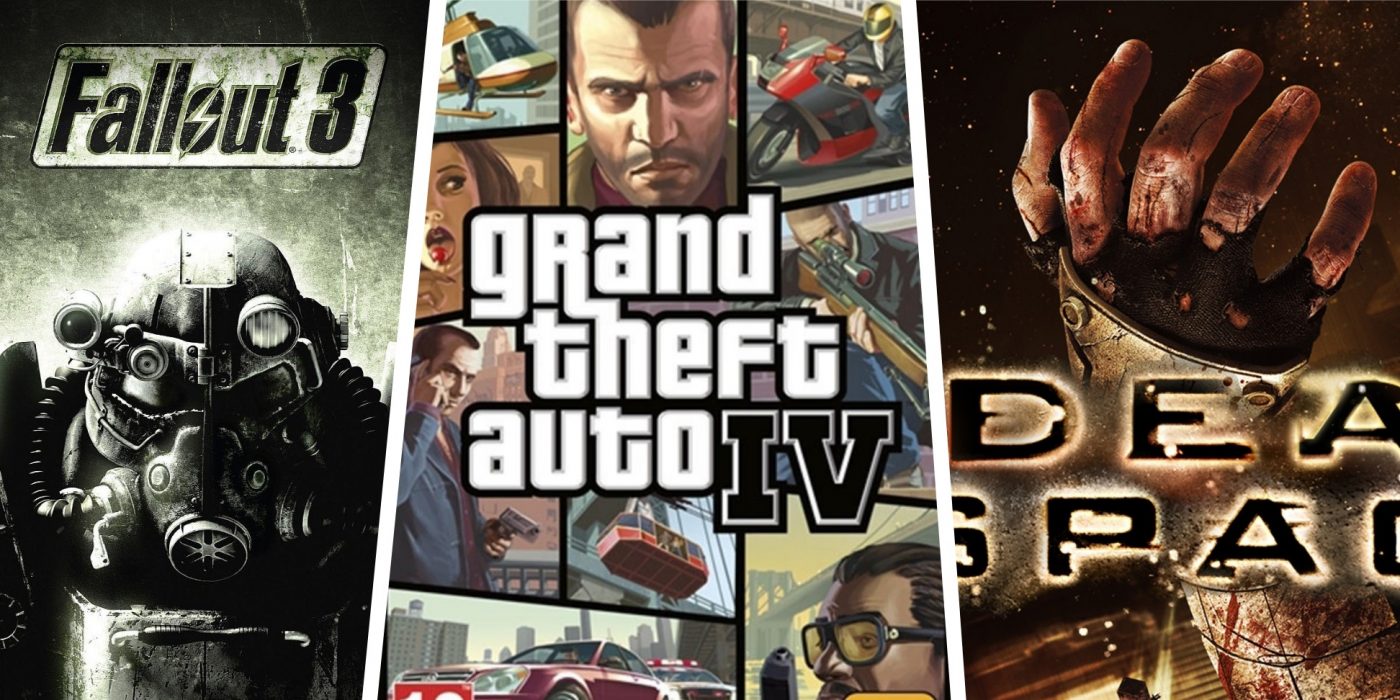 Ready to feel old? These classic games are celebrating their 10th anniversary this year – and here at Itcher, we’re willing to bet it really does feel like you only just played a few of them yesterday.

Modern gamers are probably used to the idea of Fallout as a FPS/RPG hybrid, but back in 2008, this was a major shift for the franchise. The first two games in the series were isometric and turn-based, so many fans cried foul when it was revealed what Fallout 3 was going to be like – and some still do. Most, however, loved this new take on Fallout and were happy to rediscover the post-apocalyptic wasteland once more.

A terrifying science-fiction survival horror game, Dead Space breaks one of the most well-known, tried-and-true tropes of the genre. You know how they say you should always shoot them in the head? Don’t do that here. Strategic dismemberment is the name of the game, forcing you to take your time and plan your shots as the horrific Necromorphs are charging at you. 10 Years and two sequels later, this game is no less scary.

Everyone’s talking about Red Dead Redemption 2 these days, but the Rockstar game that was on everyone’s mind 10 years ago was none other than Grand Theft Auto IV. Return to Liberty City as Nico Bellic, an Eastern European war veteran and get caught up with – who else – mob bosses, loan sharks and other low-lifes.

A landmark title for the Playstation 3, LittleBigPlanet was more than just a fun puzzle-platformer – it was a boundless sea of user-generated content and creativity. The scope of what you can do with the tools the game gives you is truly amazing, making it no wonder that several sequels were made in the years since.

5 DIY Games like Little Big Planet: If You Build It, They Will Play

One of the pioneers of modern indie games is none other than puzzle-platformer Braid. Beyond sparking wide interest in independent projects, it’s just a great game that marries traditional platforming mechanics with some creative time-manipulation based puzzles and a fascinating story.

Although it would go on to be overshadowed by its sequel just a few years later, the original Left 4 Dead shouldn’t be dismissed out of hand. A 4-player co-op zombie game sounds like one of the most generic video game ideas ever – but do you know why that is? It’s because after it was released 10 years ago, Left 4 Dead made the idea so popular that it ended up being copied to the point of over-saturation. *cough* Call of Duty *cough*

The sequel to the classic Xbox 360 launch title aimed to be bigger and better in every way possible – and it certainly succeeded. Gears of War 2 was and still is a blockbuster event of a video game – an epic cover-based third person shooter where a bunch of gruff, ridiculously oversized soldiers that can’t jump shoot up monstrous enemies by the hundreds. The series is still kicking, with a fifth instalment on its way next year.

5 Bullet-Riddled Games like Gears of War: Holding the Line