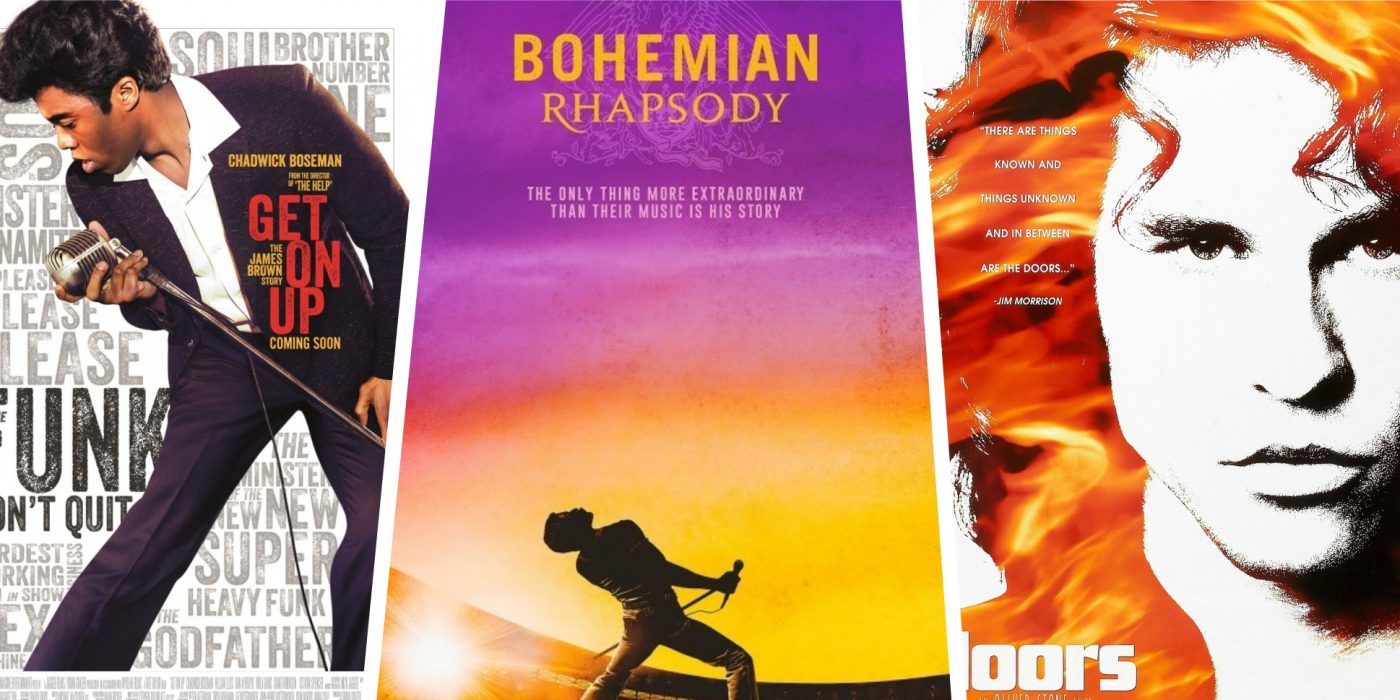 Bohemian Rhapsody offers a new cinematic take on the legendary Freddie Mercury and Queen – if you’re looking for similar movie recommendations, Itcher has you covered. This is 5 Movies Like Bohemian Rhapsody.

A biopic about the early days of the 1970s rock band of the same name, The Runaways stars Dakota Fanning as lead vocalist Cherie Currie, Kristen Stewart as rhythm guitarist and vocalist Joan Jett, and Michael Shannon as record producer Kim Fowley – all three received praise for their performances, and the movie itself, based on Currie’s memoir, was deemed highly watchable, if a bit formulaic.

Speaking of movies named after bands, Oliver Stone’s divisive biopic The Doors has been challenged for its portrayal of lead singer Jim Morrison – played by Val Kilmer. The actor was praised for his powerhouse performance, but the movie itself was met with a more mixed response – not unlike Bohemian Rhapsody.

5 Movies like The Doors: Born to Be a Rock and Roll Star

A James Brown biopic starring Black Panther himself, Chadwick Boseman, Get On Up didn’t make much of a splash on release, disappearing in the shadow of much bigger movies. It’s a shame, because pretty much everyone agrees Boseman nails the role.

5 Movies like Get on Up: I Feel It in My Soul

A musical biopic about the life story of country music singer Loretta Lynn. Sissy Spacek won an Academy Award for Best Actress for her performance and the real life Loretta Lynn was in the audience to witness it.

Exploring 30 years of the life and career of legendary rhythm and blues musician Ray Charles, Ray features an amazing lead performance from Jamie Foxx which earned him an Academy Award for Best Actor – fellow nominee Leonardo DiCaprio would have to wait a decade for his turn.

A biopic about the rise and fall of gangsta rap N.W.A., Straight Outta Compton had N.W.A. members and even their relatives closely involved in the production. Ice Cube and Dr. Dre produced the film, and Ice Cube’s real life son played him. Although dogged by controversy, the movie’s been well received and the cast praised for their performances.

6 Movies like Straight Outta Compton: Life on the Streets