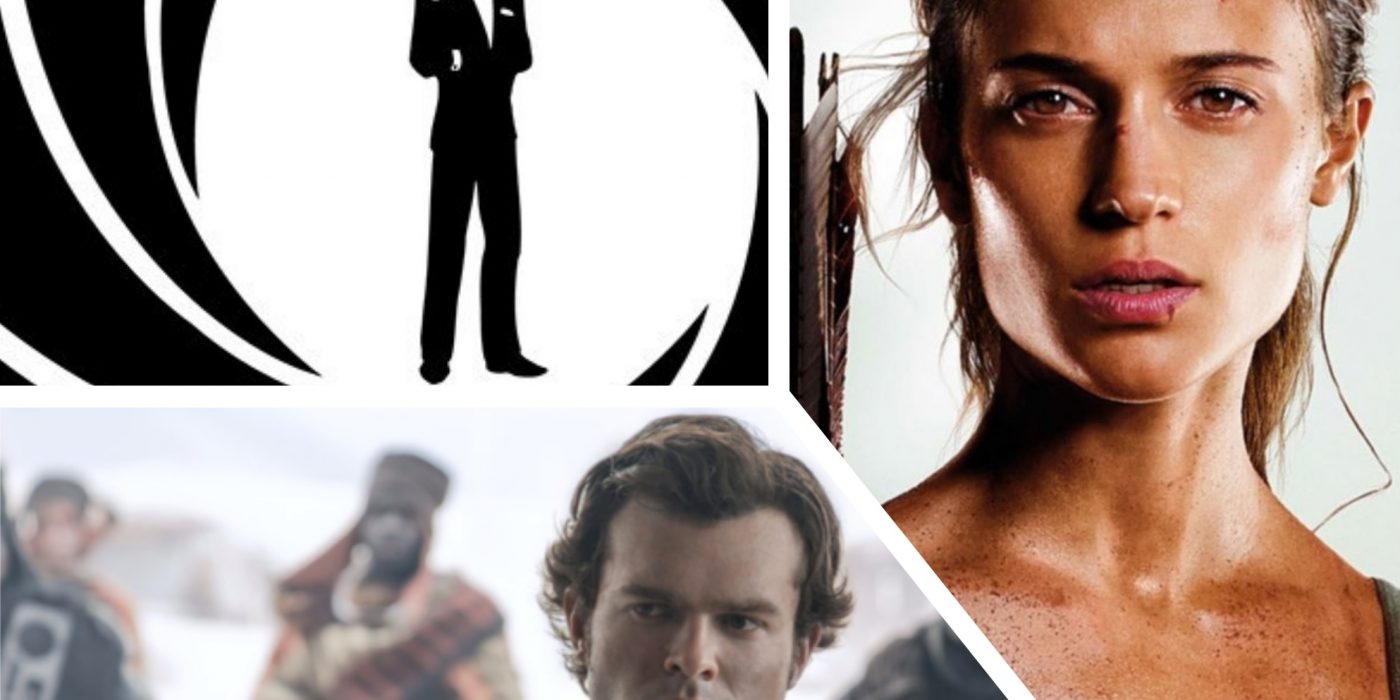 Solo: A Star Wars Story is coming out very, very soon, with actor Alden Ehrenreich taking over the role originated by Harrison Ford. This is far from the first time that an iconic role has been recast in Hollywood. We’re here to take a look at some of the most memorable examples. Not the ones where you barely even notice it was a different actor, but the ones that really shake things up. Here are 5 Recasts of Iconic Roles like Han Solo.

Nowadays we’re used to the idea of different actors playing the world’s greatest superpy, but there was a time when Sean Connery was the one and only 007 around. George Lazenby was the first new Bond, taking over the role for On Her Majesty’s Secret Service. He only played the character once, but that paved the way for the many, many new Bonds that followed – and countless heated arguments about which one is best.

The correct answer is Daniel Craig, by the way.

Richard Harris played Hogwarts headmaster Albus Dumbledore, one of the most popular (and powerful) characters in the Harry Potter universe for two movies. Sadly, he passed away and the role went to Michael Gambon, who went on to play Dumbledore throughout the rest of the series. Gambon’s Dumbledore was more spry and a touch scarier than the kind, grandfatherly presence that Harris brought to the role – both were brilliant takes on a beloved character.

Another actor will have a go at it soon, as Jude Law is set to play a young Dumbledore in the upcoming Fantastic Beasts: The Crimes of Grindewald.

Edward Norton was not the first actor to play Bruce Banner/The Hulk in a live-action movie, but what makes this bit of recasting interesting is the fact that 2008’s The Incredible Hulk was part of the Marvel Cinematic Universe. Although Mark Rufallo took over the role, he is meant to be playing the same character.

A WHOLE LOT OF X-MEN

X-Men: First Class was a prequel/reboot that recast a lot of iconic characters, with the three big ones being the three leads – James McAvoy replacing Patrick Stewart as Professor Charles Xavier, Michael Fassbender replacing Ian McKellen as Magneto and Jennifer Lawrence replacing Rebecca Romijn-Stamos as Mystique. McAvoy and Fassbender were basically playing younger versions of Xavier and Magneto, Lawrence and the creative team took Mystique in a very different direction.

6 Movies like X-Men: Saving the World One More Time

Angelina Jolie first played the iconic video game archaeologist/adventurer Lara Croft in two Tomb Raider movies in the early 00’s. More than a decade later, Alicia Vikander took over the role in a full on Tomb Raider reboot, possibly the start of a new franchise. Curiously enough, both the original Tomb Raider and the reboot had plots that revolved around Lara coping with her father’s mysterious disappearance – as well as trying to find whatever he was looking for.