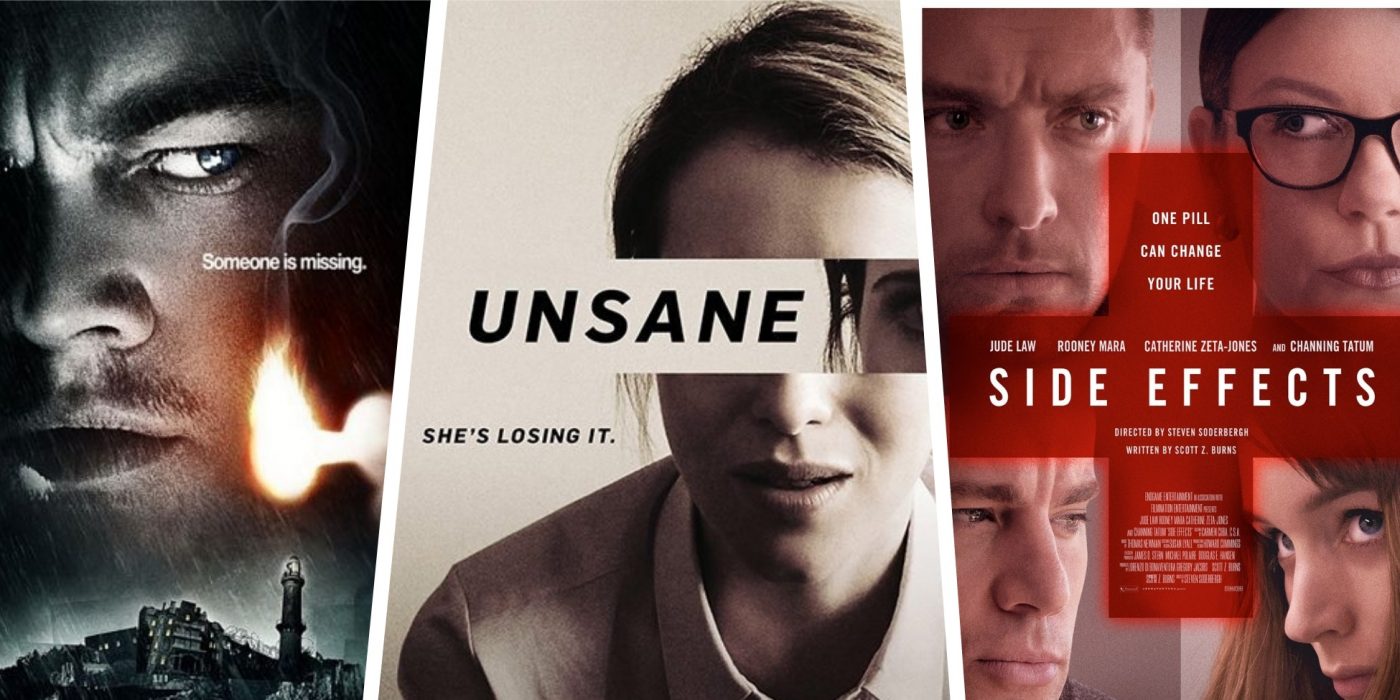 Unsane is coming out on DVD and Blu-Ray to bring some discomfort into the comfort of your home. This Steven Soderbergh psychological horror stars Claire Foy and was shot entirely on an iPhone – if that sounds interesting to you, here are 5 movies just like it.

It’s fitting that another Soderbergh psychological thriller is on this list. Side Effects may not be as harrowing a viewing experience as Unsane is, but it’s still a very engaging thriller that will constantly make you second guess what’s going on. Starring Rooney Mara, Jude Law, Catherine Zeta-Jones and Channing Tatum.

A man with short term memory loss is trying to find out who murdered his wife in this Christopher Nolan classic. Memento goes the extra mile to put you in the head of its protagonist by playing the story in reverse. Like Guy Pearce’s character, the audience has to solve a puzzle – and the payoff is absolutely worth it.

A Martin Scorsese psychological thriller that stars Leonardo DiCaprio as a US Marshal sent to a psychiatric facility to investigate when a patient goes missing. Like Unsane, it’s a movie set in an asylum that will make you question the sanity of its main character. Gripping and full of mind-bending twists.

In this sci-fi classic recently reimagined as a TV series, Bruce Willis plays a man sent back in time to gather information about a deadly virus responsible for wiping out most of the Earth’s population. There’s just one problem – everyone thinks he’s insane. Also noteworthy for Brad Pitt’s memorable supporting performance as a mental patient.

Jacob’s Ladder is a little-known horror gem from the 1990s that went on to become a huge influence on the popular video game horror franchise Silent Hill. A dark character study about a man who begins to lose his grip on reality – what happened to him when he was in Vietnam? Haunted by terrible visions, he sets out to find the truth.