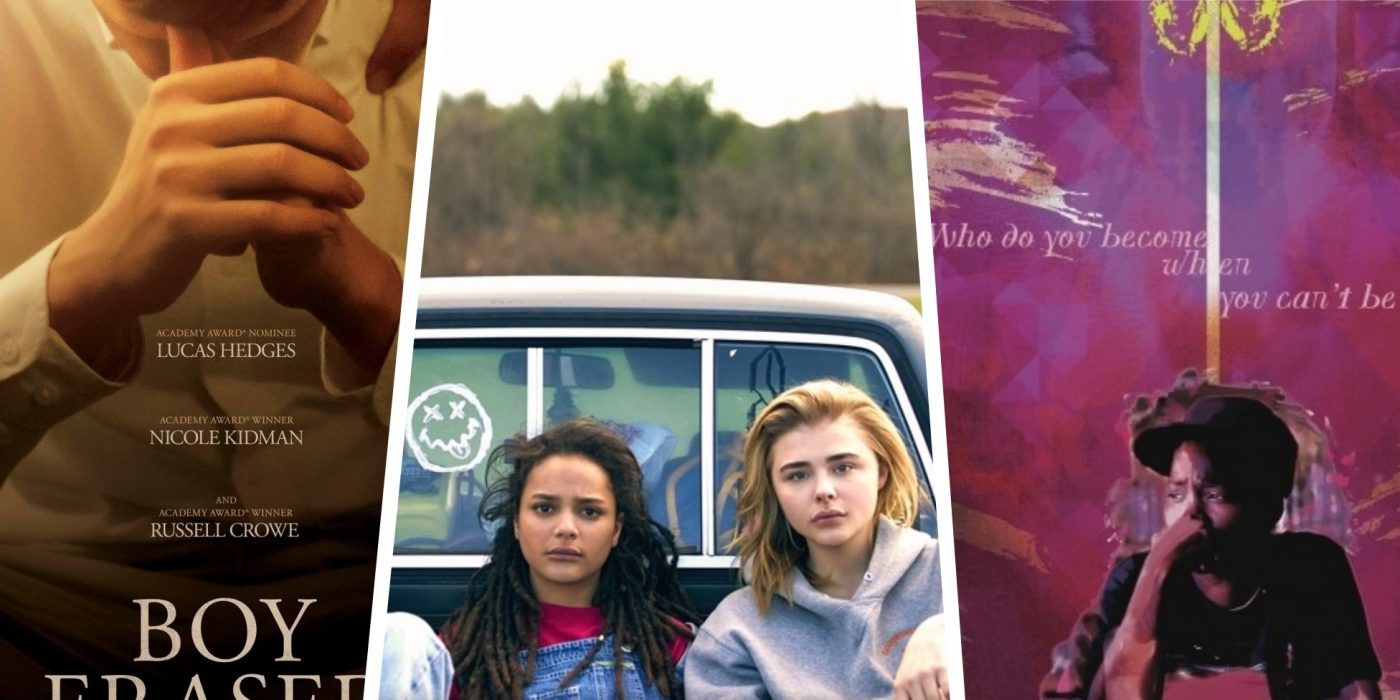 There aren’t nearly as many queer coming-of-age movies as there should be, and if The Miseducation of Cameron Post has left you pining for more, then maybe you should check out these 5 movies.

A coming-of-age romance about a young woman who discovers desire, freedom and adulthood upon meeting a blue-haired painter. This three hour drama starring Léa Seydoux and Adèle Exarchopoulos follows their relationship through high school and early adulthood.

7 Movies like Blue Is the Warmest Color: Art House Love

The story of a Brooklyn African-American teenager struggling to embrace and express her identity as a lesbian.

Like The Miseducation of Cameron Post, But I’m a Cheerleader also tackles the subject of conversion therapy – main character Megan is sent to a rehabilitation camp by her parents so that she can be ‘cured’ of her lesbianism. It doesn’t quite work out that way.

Happenstance has made it so that Hollywood often makes multiple movies about the same subject in a short span of time and this year sees the release of two movies about gay conversion therapy – the first is The Miseducation of Cameron Post and the second is the upcoming Boy Erased, based on the memoir of Garrard Conley. Think of it as the flashy, prestige big name counterpart to Cameron Post’s indie darling.

Best Picture winner Moonlight (sorry La La Land) tracks the childhood, adolescence and adulthood of an African-American gay man struggling to come to terms with his identity, all the while growing up in a rough neighbourhood.