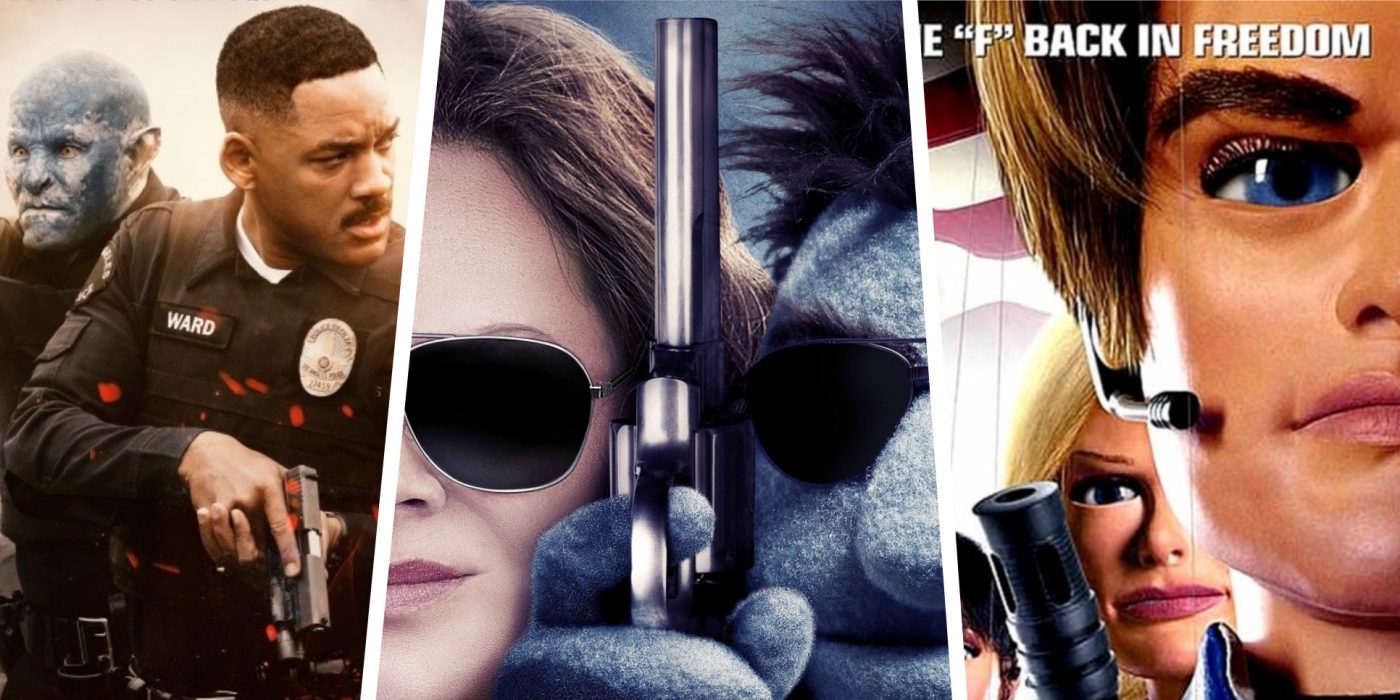 Will Smith and Joel Edgerton play a human cop and an orc cop who are partners in an alternate universe where magic and fantasy are a daily fact of life. Where The Happytime Murders goes for laughs, Bright aims for action thrills and buddy movie entertainment.

No puppets this time, but if you’re in the mood for another buddy cop action comedy with Melissa McCarthy, look no further than The Heat – this time, it’s Sandra Bullock who gets to team up with McCarthy.

If you’d rather watch another comedy where puppets do brash, not-kid-friendly things, then why not check out Team America: World Police, a satirical takedown of big budget action movies and the global politics of the US – from the creators of South Park, no less!

5 Movies like Team America: World Police: On the Offensive

Speaking of not-kid-friendly, Sausage Party takes the tried-and-true kids formula of turning inanimate objects into characters (in this case it’s food) and uses it as a vehicle for one of the most profane, adult-oriented comedies in recent history. It’s vulgar, it’s hilarious and it’s even surprisingly thoughtful at times.

A serial killer’s soul is trapped in a child’s doll – but that doesn’t make him any less deadly. Child’s Play is a cult classic that launched a successful horror franchise that continues to this day.