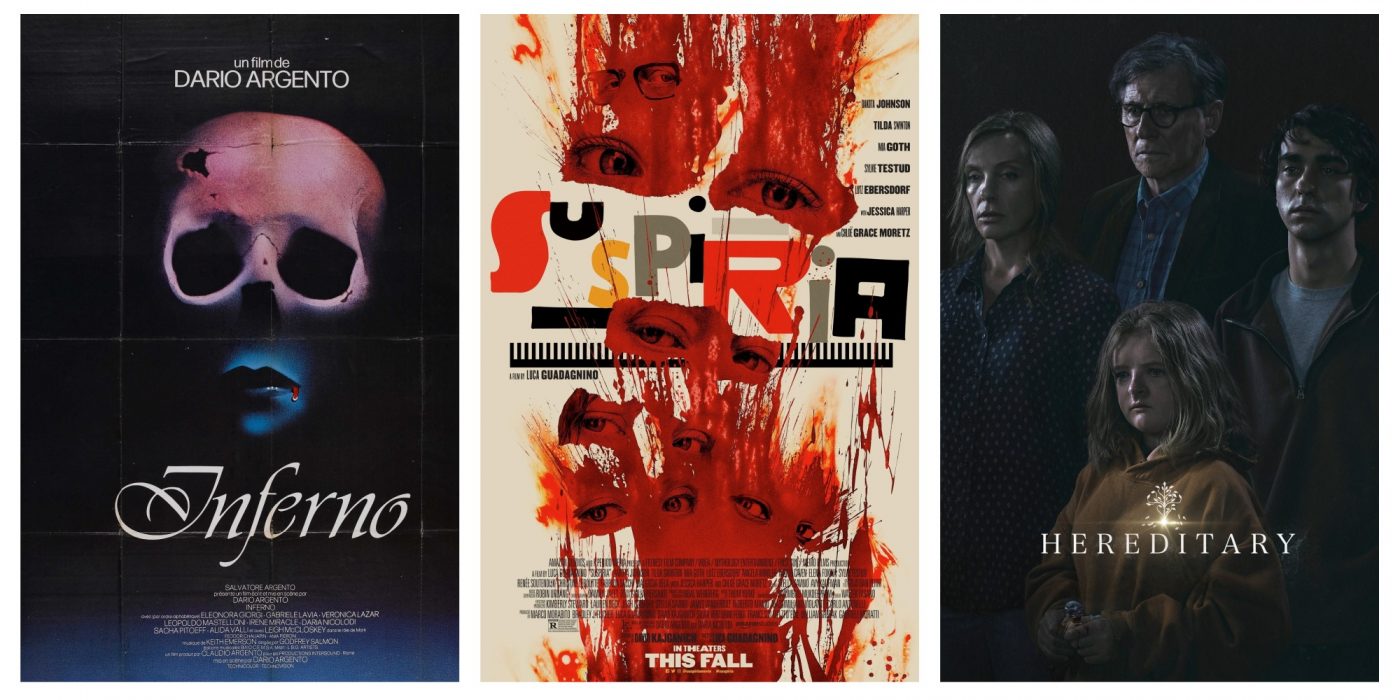 If arthouse horror is your thing, then surely you’ve all over the Suspiria remake – and if you want more like it, these movie recommendations are for you. This is 5 Movies Like Suspiria (2018).

The original 1977 supernatural horror classic is an obvious starting point. The story might certainly be familiar (a ballet student joins a prestigious dance academy, only to slowly uncover an unnatural conspiracy) but that certainly isn’t to say that if you’ve seen one, there’s nothing for you in the other.

Suspiria is a part of what writer and director Dario Argento refers to as The Three Mothers trilogy, with Inferno being the second one of the bunch. A thematic sequel that follows a young man’s search for his missing sister. Did we mention the centuries old witch?

Released earlier in the year to strong reviews, but mixed audience response, Hereditary seems poised to become the next big horror cult classic. The story follows the disturbing and dark incidents that plague a grieving family shortly after the death of a family matriarch. Thing slowly, and unnervingly build up to a harrowing and unforgettable conclusion.

Although its reception was initially mixed, Eyes Without a Face would later be rightfully reappraised as a poetic horror masterpiece with a lasting legacy. The story follows a plastic surgeon who, determined to give his disfigured daughter a face transplant, goes to dangerous and horrifying extremes.

6 Movies like Eyes without a Face: Face On/Face Off