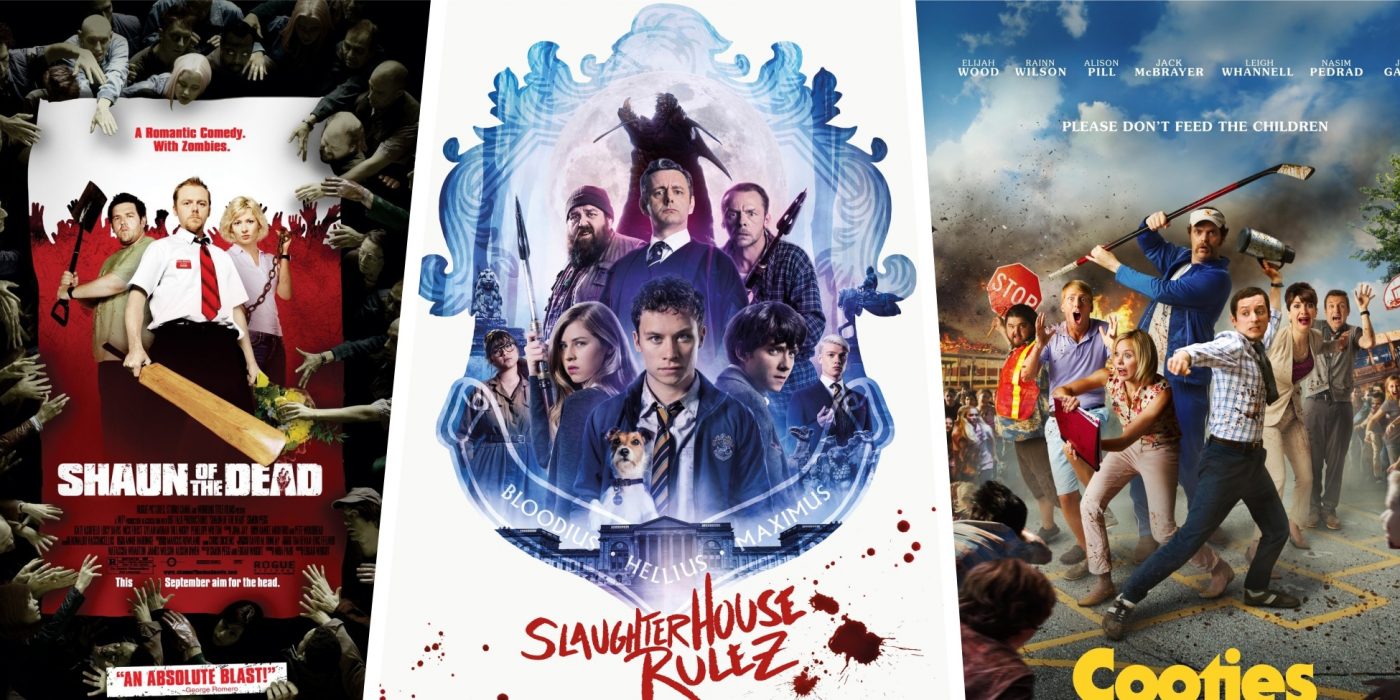 The first feature collaboration between the soon-to-be-legendary trio of Pegg, Frost and writer/director Edgar Wright was the horror comedy Shaun of the Dead, a brilliant and gory spoof of zombie movies.

Long time friends and collaborators Simon Pegg and Nick Frost also stared in this sci-fi comedy about a pair of comic book geeks who meet an actual alien while travelling across the U.S. His name is Paul.

The last entry in what would be known as Edgar Wright’s Cornetto trilogy, The World’s End is a sci-fi comedy about a reunion pub crawl that goes terribly wrong because of an alien invasion.

It’s not a British film, and Nick Frost and Simon Pegg are nowhere in sight, but Cooties shares a similar premise to Slaughterhouse Rulez – a school going through horror comedy hell. Elementary school teachers band together to survive against an outbreak that turns kids vicious and cannibalistic.

In contrast to the posh boarding school of Slaughterhouse Rulez, Attack the Block follows a group of inner city hoodlums that end up fighting for their life against invading aliens. A star-making turn for future Star Wars lead John Boyega and a terrifically funny British comedy to boot.

7 Movies like Attack the Block: Aliens, Tower Blocks, and Violence