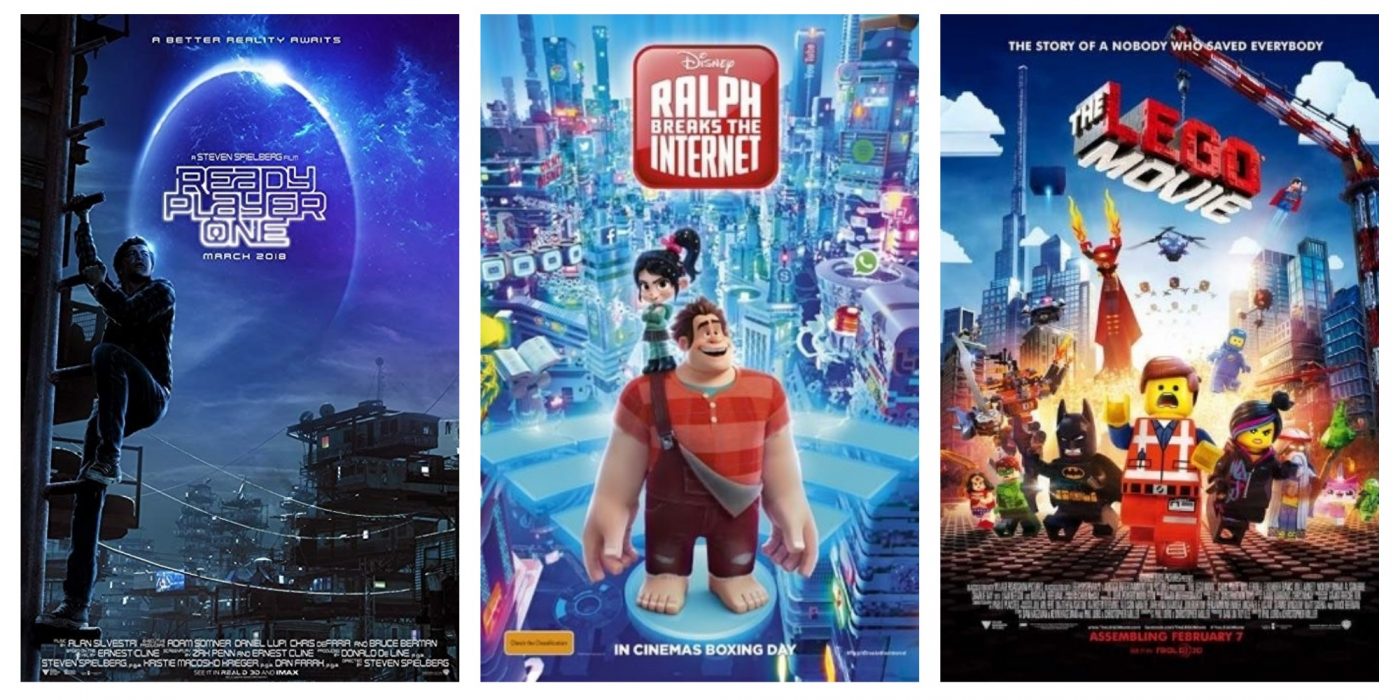 Wreck-It Ralph is back and this time, he’s going to wreck… no, wait *checks notes* – he’s going to BREAK the internet. If you enjoyed Ralph Breaks the Internet and are looking for similar movies, you’ve come to the right place.

What better place to start than the original? A charming animated adventure full of video game references and characters, Wreck-It Ralph is the story of the titular arcade game villain. Tired of being the bad guy all the time, he just wants to be the hero for a change – and he might just get his wish.

In the not so distant future, humanity is hooked on the OASIS – an all-encompassing virtual reality software. Whoever solves the hidden game within can gain full control and as luck would have it, orphaned teen Wade Watts has found a clue. From Spielberg himself comes a sci-fi adventure packed with more characters and nostalgia that you could possibly imagine.

Speaking of virtual reality, winner-takes-all games – in the third instalment of the Spy Kids franchise, retired spy Juni is brought back into the fold when word of his sister disappearance reaches him. Carmen has gone missing inside Game Over, the hottest new VR game, made by nefarious villain The Toymaker.

A wonderful animated adventure full of characters and references from various franchises, with a story that’s trying to change our perception of what it means to be a hero – am I talking about Wreck-It Ralph or The LEGO Movie (which also has a sequel coming out in just a few months).

7 Movies like The Lego Movie: Injecting Life into Plastic

All the Disney princesses in one room is neat, but does it hold a candle to the most ambitious crossover in history? Avengers: Infinity War has Earth’s Mightiest Heroes – damn near all of them – face their greatest challenge yet. The villain Thanos wants to collect all of the Infinity Stones and wipe out half of all life in the universe.